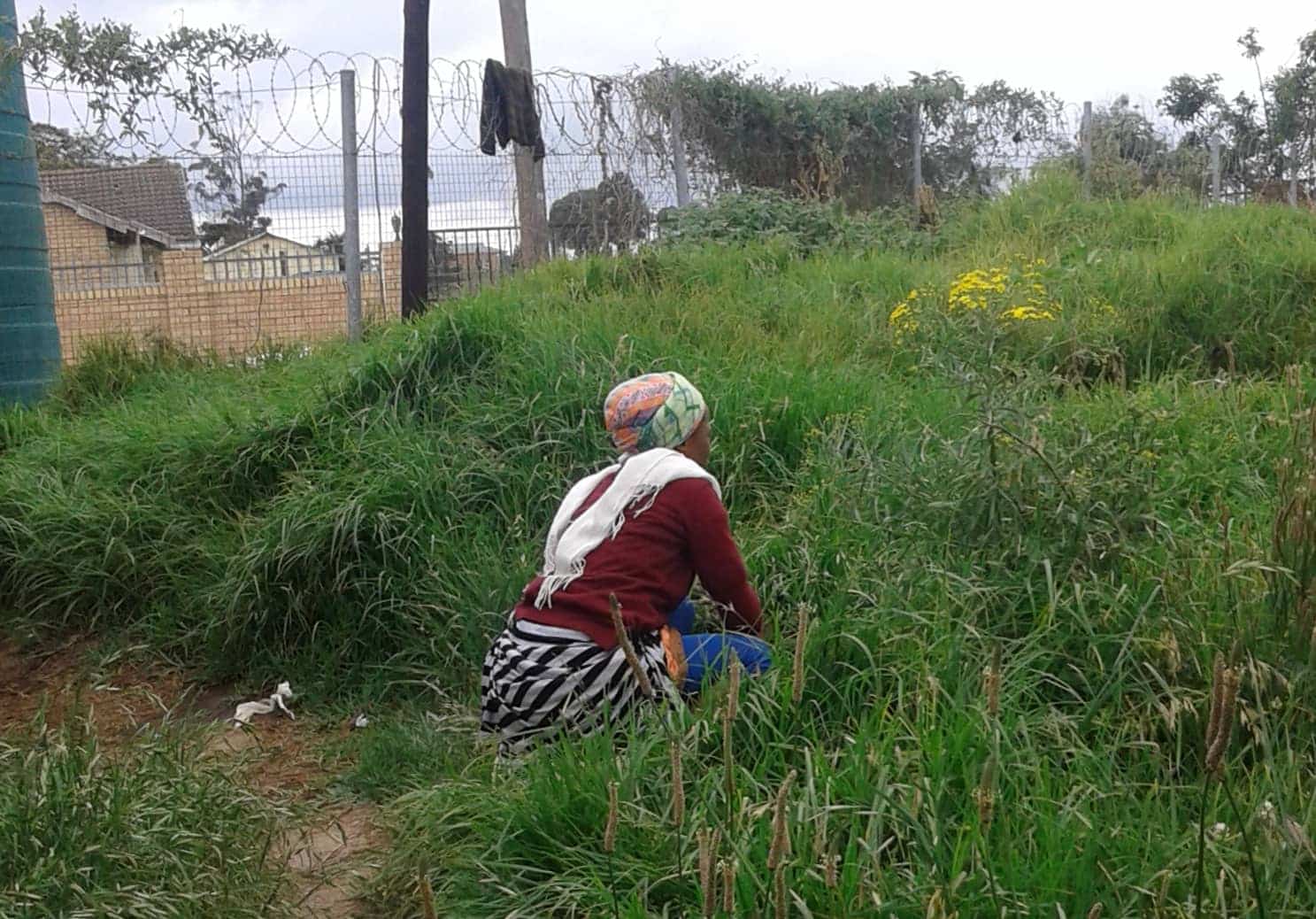 EASTERN CAPE – For the people of Flagstaff access to basic sanitation services remains a massive and ongoing challenge, and even the municipal efforts underway to address the problem are failing.

For years the problem has not been properly addressed and it is common to see raw sewage running down the streets of the town. And often there is no water available for up to as long as three weeks at a time. The situation is now accepted as normal as residents and business people have learned to adapt.

A hawker, who earns a living by selling cooked food in the town, said because there were no proper toilet facilities in the town informal traders would relieve themselves in the nearby bushes or use pit toilets in private properties if they were on good terms with the landlord.

“It is difficult to run business in our town due to insufficient water supply. When taps are dry we buy water from private suppliers to continue smoothly with business. However, we are not sure how clean their water is. We have raised the matter with our local municipality but they just tell us that water and sanitation is handled by the O.R Tambo District Municipality,” the hawker said.

Government departments operating in town are also affected by the poor sanitation. At the local Flagstaff Clinic patients use an open bushy field behind clinic structures as an open air toilet because the plastic mobile restrooms at the facility are in bad condition and are filthy.

Branch manager at U-Save Shoprite, Siya Somfiya, said it saddens him when he fails to help customers who ask to use their restrooms.

“At times water could be unavailable for over three weeks and we are forced to lock our restrooms and find alternative measures when nature calls. Even the truck drivers who deliver goods at our stores are always complaining about the situation in our town,” Somfiya said.

The shop manager at Pep Stores said they buy water from commercial water suppliers which they use for drinking and flushing.

At the local Flagstaff Clinic patients use an open bushy field behind clinic structures as an open air toilet because the plastic mobile restrooms at the facility are in bad condition and are filthy.

“We buy from local commercial water suppliers without knowing how safe it is to drink their water which they fetch from streams. But we have no choice. We use water tanks when the taps are dry and rely on rainwater we collect in the wet seasons.  We make sure that there are buckets filled with water to flush after using the restrooms,” he said.

The O.R Tambo District Municipality’s Mayor Nomakhosazana Meth said there is a wastewater sewer project underway in Flagstaff to address the challenge of poor sanitation in the area.

“The Flagstaff Waste Water Sewer Project is aimed at addressing all sanitation challenges in Ingquza Hill Local Municipality. The public participation and consultation processes for the project started back in 2001 and the actual implementation of phase 1 of the project began in 2012.

“There were glitches that lead to halting the project. The then appointed contractor passed away.  Now we have appointed another contractor to continue with phase 2. The project is worth R60-million and it is our duty as the district municipality to ensure dignified water and sanitation services are rendered to our communities,” Meth said.

But the project challenges remain ongoing as town residents are not happy with the site chosen for phase 2.

“The community is still reluctant about the project, saying that we should find an alternative site for it. We are still in engagements with them to address the matter,” said Meth.