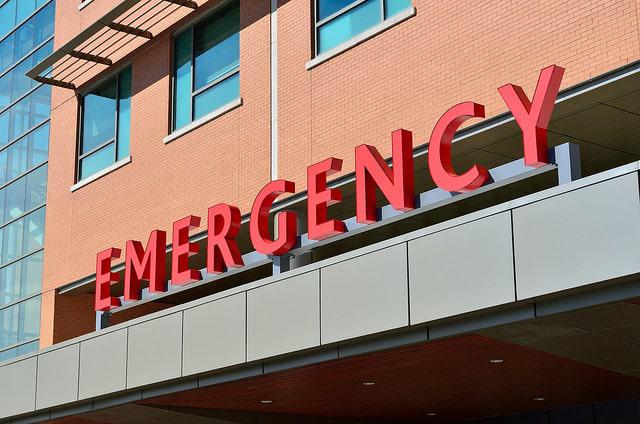 NORTH WEST – Doctors reporting for duty at Tshepong Hospital in North West on Thursday morning had to be escorted into the facility by police after striking workers blockaded the premises, turning patients and workers way.

A doctor who spoke on condition of anonymity said a fire was blazing at the hospital entrance when she arrived for work.

“The gate was closed. We couldn’t get in until the police came and they negotiated with the strikers and let a few doctors go through,” she said.

According to the doctor protesting members of National Education, Health and Allied Workers Union (NEHAWU) entered the theatre where doctors were performing surgery and demanded that everyone vacate the building. The doctor, who said she fears for her life and those of the patients, said the strikers have been rampaging through the hospital.

“Usually what happened in the past is that if there was a strike at the hospital, the protesters never used to come into the theatre. They would never go into the ICU because that is where the very sickest patients are. And they never go to the maternity section where new babies are. Those are usually the three areas that are protected. But now they have come into theatre,” she said.

Acting spokesperson for the National Department of Health, Foster Mohale, confirmed to Health-e News that police had to escort doctors into Tshepong Hospital in Klerksdorp.

“We appeal to the striking workers to allow those who are willing to work to be allowed into the hospital so that no patient’s life is lost as result of these protests. One life lost is a life too many for us,” said Mogale.

Health Minister Aaron Motsoaledi has been talking to the union leaders in order to find a solution to the strike that has been going for more than two months. Mohale says the department is reaching out to all actors in the strike to ensure a speedy resolution.

“The minister is talking to everyone in order to understand their grievances so that we are able to end the strike. He has also reached out to the national leadership of NEHAWU,” said Mohale.

Meanwhile, Doctors Without Borders (MSF) which sent a group of doctors into the province last week, said while the situation remained desperate in the Mahikeng area, there had been a slight improvement from how it was a week ago.

“We still have people on the ground monitoring the situation and giving support to the Health Department to ensure the health services continue. In Bojanala district things are moving much better this week,” said Christie.

Christie says In Mahikeng the MSF was also operating some mobile clinics to give people access to healthcare – especially to the foreign nationals displaced by the civil unrest associated with protests against Premier Supra Mahumapelo’s leadership.

Of the 30 clinics in Mahikeng, only one remains closed after 7 were shut down last week. Tswaaing, which had all of its 10 clinics closed during the same period, has six clinics operating normally this week.

Administration of the provincial Health Department has now been taken over by a six-person team from the national department.  Mohale said the technical team is headed by Jeanette Hunter, Deputy Director General Primary Health Care at the National Department of Health.

“The team will be working to establish the causes of the current situation in the provincial health sector and to find solutions to the problems that are preventing people from accessing health care,” said Christie.

Last week cabinet appointed a ministerial task team led by Minister in the Presidency Nkosazana Dlamini-Zuma to go on a fact-finding mission and report back within two weeks. Mohale said the technical team from the department is expected to have completed its preliminary report on the situation before the 14 May deadline.