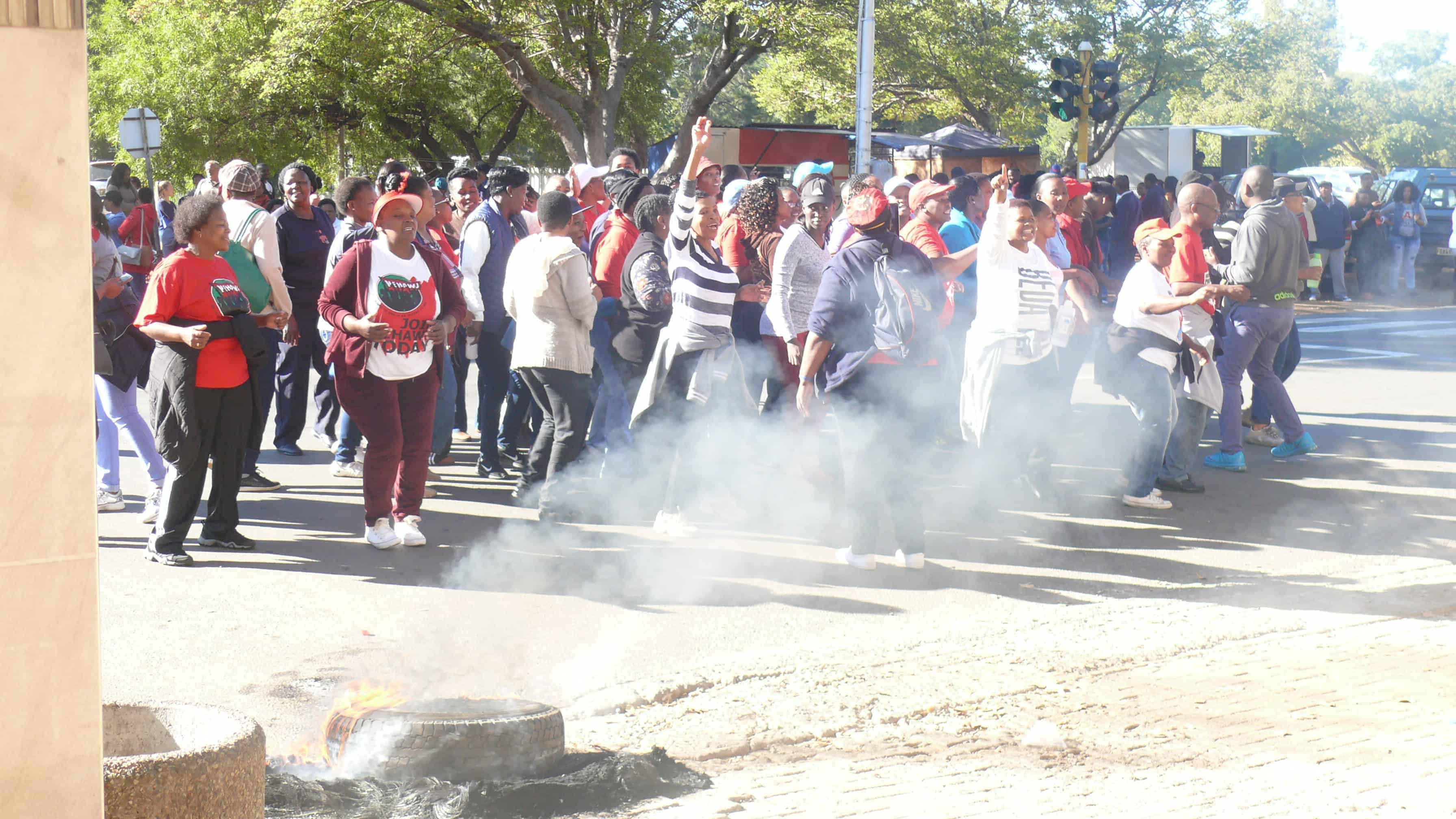 Last week, Nehawu suspended its two-month-old strike for a week to allow negotiations with the national government, which has taken over the province’s troubled health department.

There has been a widespread intimation of doctors and nurses at Tshepong, Klerksdorp and Potchefstroom hospitals during the strike.

Klerksdorp’s Tshepong Hospital was worst affected and spent most of last week closed. At one point, the strikers chased doctors who were performing surgery in an operating theatre and threatened to burn down the hospital.

Patients were left without medicine and food as Nehawu members – mainly cleaners and porters – demanded backpay for overtime and an investigation into maladministration in the provincial health department.

Meanwhile, the Rural Health Advocacy Project (RHAP) has called on the SA Human Rights Commission to investigate the violation of patients’ rights to health care as a result of the strike action.

RHAP Director Marije Versteeg-Mojanaga said the organisation had received reports of protestors invading operating theatres, threatening the lives of doctors, doctors being forcefully removed from wards and entrances to hospitals being blockaded.

“The disruption will also have long-term consequences as patients with HIV, TB and

other chronic diseases are unable to collect their chronic medication,” said Versteeg-Mojanaga

“Many patients will simply be lost to the system forever because record-keeping systems in the province are severely dysfunctional. This too will eventually cause loss of life.”

When Health-e visited Tshepong Hospital last week, we saw patients in pjamas buying food from hawkers at the hospital gate.

“We just want the strike to be over. Imagine being in a hospital with no food and going on without medication given to you,” said a female patient who was too frightened to be named. “It a good thing that there are not many patients left here after everything that has been going on.”

This week most essential services – casualty, maternity and ICU – had resumed albeit on a go-slow.

Provincial Secretary of Nehawu, Patrick Makhafane, said it was up to management to meet with the staff leaders to determine how the skeleton staff will operate. He said that the “courtesy break” was to allow the officials from national government and the director-general of the Premier’s Office to negotiate with Nehawu, while also giving the members time to rest.

“We welcome the intervention by national government, including the invoking of Section 100 of the Constitution, to put both treasury and the health department under administration and the appointment of the inter-ministerial team. This has been a sign that government is willing to listen to over concerns,” said Makhafane.

“Our members want to go ahead with the strike but they are also tired. This is the only way our demands will be met. We will assess progress made during this cooling period and see what demands have been met and what is outstanding. If we are not happy with how the negotiations are going, we will then give the department 24 hours to respond before we embark on a total shutdown on the 16 May,” said Makhafane.

Makhafane says the Nehawu National Executive Committee has made a call to its members across the country to stand in solidarity with North West members if the impasse is not resolved and union members will be bused in from all over the country to support the proposed national day of action.

The Department of Health said minister Aaron Motsoaledi and the Director-General Precious Matsoso were in constant contact with the national and provincial Nehawu leadership to try and avoid a possible shutdown.

Acting spokesperson for the department Foster Mohale said one of the administrators was also in constant communication with shop stewards at facility levels to avert Wednesday’s planned action.