Home » Quit smoking – save your life 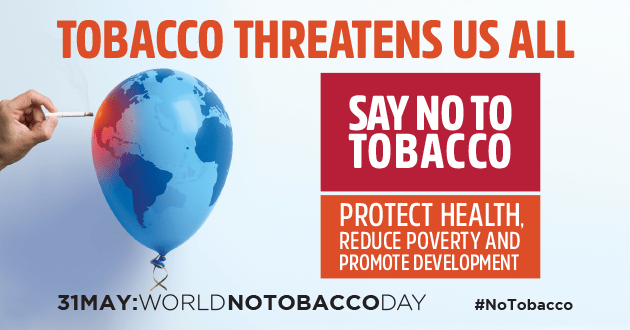 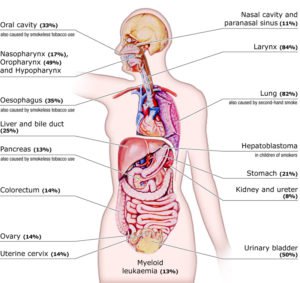 Smoking causes around 80 percent of lung cancer, and is also a cause of cancers in the blood (acute myeloid leukemia),bladder, cervix, colon and rectum, esophagus, kidney and renal pelvis, larynx,liver, lungs, mouth and throat, pancreas,stomach, trachea, and bronchus, according
to the US Centers for Disease Control (CDC).

Savera Kalideen, Executive Director of the National Council Against Smoking (NCAS), explains: “The nicotine in cigarette smoke results in an increase in blood clotting, blood pressure and heart rate. It also results in a decrease in oxygen reaching the heart.”

Even light smokers are at risk, says Professor Ntobeko Ntusi, Chair of Medicine at the University of Cape Town.

“Even people who smoke fewer than five cigarettes a day may show signs of early cardio-vascular disease (CVD), with the risk of heart disease increasing with number of cigarettes smoked per day and duration of smoking. Exposure to second-hand smoke also causes CVD in non-smokers,” says Ntusi.

Approximately 16.5% of South Africans smoke, and there are some  44,000 smoking-related deaths each year – or 121 avoidable deaths each day.

Cabinet recently approved the draft Control of Tobacco Products and Electronic Delivery Systems Bill, which has been published public comment.

The Bill proposes a ban on smoking in all public buildings and within 10m of the outside of these buildings, plain packaging with pictorial health warning and a ban on smoking in private cars carrying passengers. It also extends the definition of smoking to include electronic delivery systems (e-cigarettes) and heat-not-burn tobacco products.

The Bill has sparked opposition, especially from the “vaping” industry that promotes e-cigarettes that deliver nicotine via vapour not smoke. They claim that e-cigarettes help smokers to quit.

But Department of Health spokesperson Foster Mohale dismissed this argument: “Vaping is used by the industry to perpetuate the nicotine addiction and the smoking behaviour. Why does the marketing of such products target the non-smokers as well?

“Is the intention to initiate new users, get them addicted (keeping people on nicotine) and maintain profits? Is there a particular reason for the manufactures to simulate smoking whilst transmitting nicotine to the body?” asked Mohale.

Meanwhile, the World Health Organisation (WHO) has praised the Bill, saying that it brings South Africa “back to the forefront of international tobacco control best practice”.

“The tobacco industry has long operated with the express intention of subverting the implementation of public health policies that aim to combat the tobacco epidemic,” according to the WHO’s South Africa Office.

“[It] devotes substantial resources and a wide range of tactics to weaken and interfere with the comprehensive implementation of the provisions of the WHO Framework Convention on Tobacco Control (FCTC),” added the WHO.

The FCTC is a comprehensive set of measures aimed at controlling the production, sale, distribution, advertisement, and taxation of tobacco, which is legally binding on the 168 countries that have signed it, including South Africa. – Health-e.