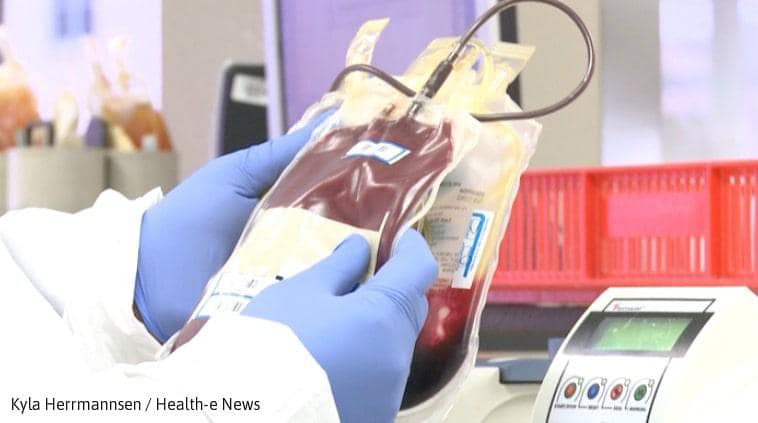 EASTERN CAPE – Every year on June 14 countries around the globe celebrate World Blood Donor Day – an event that serves to thanks voluntary donor for their blood.

The day – first established in 2004 – also aims to raise awareness of the need for safe blood and to appreciate blood donors for saving millions of lives every year.

This year the theme is “Be there for someone else. Give blood. Share life “.

Donated blood can be used in scores of cases. It helps patients suffering from life-threatening conditions live longer, it can also help reduce rates of death and disability due to severe bleeding during delivery and after childbirth and is greatly needed in times of massive blood loss during surgery or in accidents.

Zukiswa Maliwa, who lost a lot of blood when giving birth, said she experienced the loss of her baby because the blood she needed was not immediately available.

“It was 2015, I was 20 years old when I gave birth at St Elizabeth Hospital. I lost a lot of blood and I kept on bleeding while the baby was still in the womb. I was taken to Nelson Mandela Hospital but they couldn’t help immediately so I had to wait until blood was delivered from KZN,” she said.

While Maliwa lost her baby, her own life was saved and she remains grateful to the anonymous people who donated the blood that saved her.

Sibahle Siqothule who is a blood donor said has been giving blood to the South African National Blood Service regularly since 2007.

“I first donated blood when my aunt had been in an accident and lost a lot of blood. She was saved in hospital when she was given four units of blood, and that was the day I decided to become a blood donor,” he said.

According to SANBS, the big challenge is to ensure that donors give blood at least twice a year.

“If all blood donors donated blood every eight weeks we would rarely have a blood shortage. To ensure we are able to supply hospitals with a bigger product mix, we use a quality plasma programme whereby if a donor does not return within a year, the plasma component and be issued for normal transfusion. Also, we use a pooled platelet product from five different donors with the same blood group. So without sufficient regular donors we often experience shortages of the product,” said Rene Vice from SANBS in the Eastern Cape.

Vice said work was being done around the country to have mobile teams going out to recruit new donors. Anyone interested in donating can contact the SANBS on toll-free number 0800 119 031 for more information.