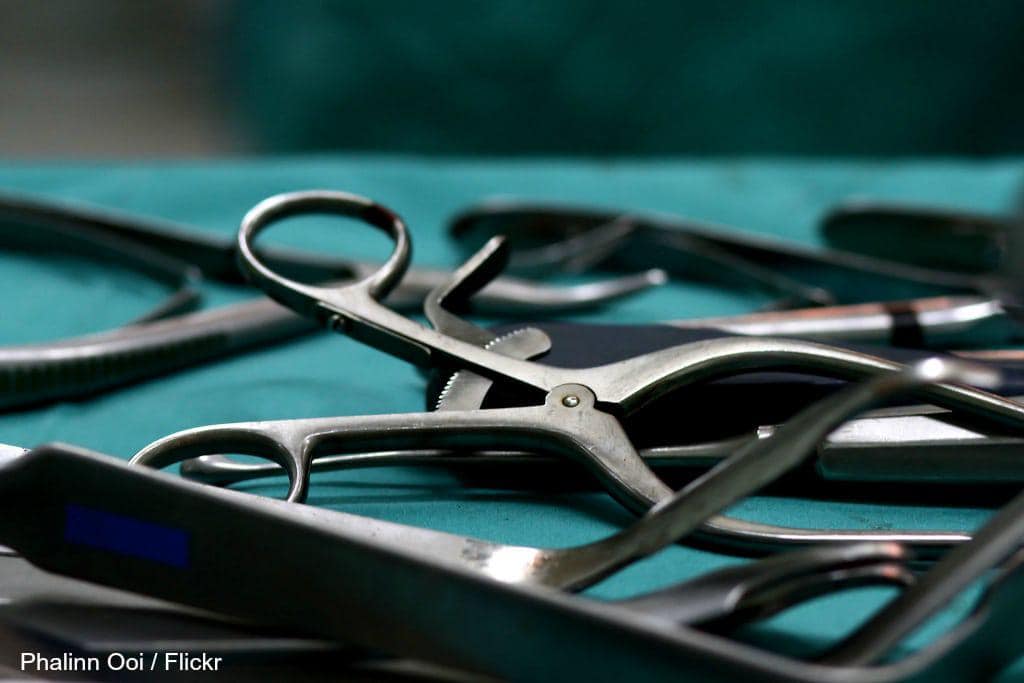 Since the release of the NHI Bill, SASA is concerned that this might get worse if government fails to work closely with the private sector on NHI negotiations and implementation.

SASA represents 90 percent of all the specialist anaesthesiologists and anaesthetists in the country and should the 482 they say are contemplating leaving the country actually emigrate, our shortage of these professionals will become even more dire.

The global minimum standard is to have at least five specialist anaesthesiologists per 100 000 people.

“In South Africa we have 2.51 per 100 000. If we look at the public sector that drops to 0.9. And now we want to say we want to deliver quality health to the whole population,” said SASA’s Dr Lance Lasersohn.

He said there are concerns that these professionals will leave in the wake of significant proposed shifts in the role of the private sector contained in both the NHI Bill and the Medical Schemes Amendment Bill.

“I have had several calls from members in the last week asking me: Is it time? Is it time to go?”

“The workforce is under threat”

“There are severe problems in the health system particularly human resources and we need to collaborate on solutions, so that in 15 years we are still left with any health system at all.”

“We might just not have the capacity to service the entire population’s patients and then we are just left with people lying in hospitals.”

“As it stands [NHI Bill] I don’t think it is a viable option and could create harm. We have a responsibility as society to stand up and say we are very concerned about how it will be rolled out and its consequences,” he said.

He mentioned that there is little in the way of incentivising skilled health workers to stay in the system and it is short on detail in terms of how the country is going to fill these human resources gaps so that the NHI can effectively provide quality healthcare to the whole population.

“Working conditions are vitally important for clinicians and we need ways in which to nurture this resource: our workforce.”

“One of the concern coming from the private sector around the NHI is that they fear their clinical autonomy will be threatened. That due to resource constraints or unmanageable patient loads – not necessarily that they will lose out on income – they are saying what if I can’t deliver good care to my patient?.”

He is concerned about the impact the Bills will have on the private sector:

“We have to find innovative ways deliver health without denigrating what quality we do already have.”

“We agree with the precepts of the NHI but it may not be able to be delivered as it is written.”

But Lasersohn seemed to believe that the NHI in its final form should provide healthcare at the level currently experienced in the private sector, a contentious view as our private sector has been criticised for being expensive and wasteful.

“There is alot of expertise in the private sector that should not be shoved aside. if we have a relatively cost-efficient system working for 8.8 million, how can we roll this out to the whole population? NHI is pushing that conversation but we can’t take the expertise of the private sector away – we can’t make an economy work by excluding one sector of this economy.”

SASA CEO Natalie Zimmerman said: “Change is coming and we need some change. But there is uncertainty in how it is to be delivered. And our view is patient care needs to come first.”

We do not want to be perceived as enemies. We want to help to find ways to retain the workforce and change the narrative.

She said one of the biggest challenges is the “lack of cohesion” between the government and the private sector and professional bodies.

“We do not want to be perceived as enemies. We want to help to find ways to retain the workforce and change the narrative.”

She said that while the NHI Bill has merit in its proposal on referring patients from primary health care to specialist level “and rationalising the use of regional hospitals” it still does not give details on the proposed benefit package that will be available to all citizens under NHI.

“There is a lack of a private sector voice in NHI negotiations and we argue that this is the expertise needed. While conversations are opening up in some ways we still need to be seen as contributors and not detractors.”