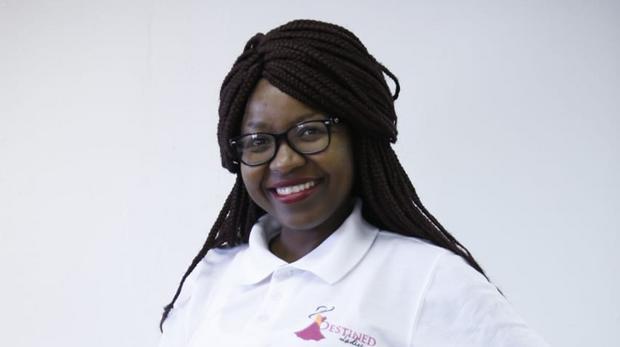 LIMPOPO – The many young women of Vhembe that are abused or traumatised and end up either keeping their pain to themselves or committing suicide now have someone keen to help them.

After realising the challenges facing many young rural women in the area, Khuliso Mutavhatsindi (31) established an organisation known as Destined Ladies. Destined Ladies offers an ear to teenagers who are going through various challenges in their lives, with a special focus on young girls.

“The organisation was established because we have realised that they are many young girls out there that cannot talk to their parents or family members about the challenges which they might be going through. Things like rape, abuse and everyday challenges. The danger of them not speaking to anyone and remaining silent through ongoing challenges can result in them committing suicide,” said Mutavhatsindi.

Destined Ladies was established in 2014 and aimed at helping young girls who are at risk of suicide, or who are traumatised by difficult things they have experienced.

Destined Ladies encourages teenagers to stay away from sexual relationships at an early age in order to avoid falling pregnant or being infected with a sexually transmitted infection.

“We also encourage young girls to stay away from relationships that result in destructive behaviour or which disturb their studies or cause them to fall pregnant. We felt that it was very important to start this kind of organisation to address those kinds of issues and encourage young girls to focus more on education and developing themselves,” she said.

The organisation also encourages young girls who have dropped out of school due to pregnancy to go back to school and complete their studies in order to gain better opportunities for themselves and become independent.

“Being pregnant does not stop the purpose of someone even though it might delay their plans. But if they can focus again they will be able to accomplish their dreams.”

Born and bred in the deep rural area in Tshilamba, outside Thohoyandou, Mutavhatsindi witnessed many young girls missing school because of their periods simply because they were unable to afford sanitary towels.