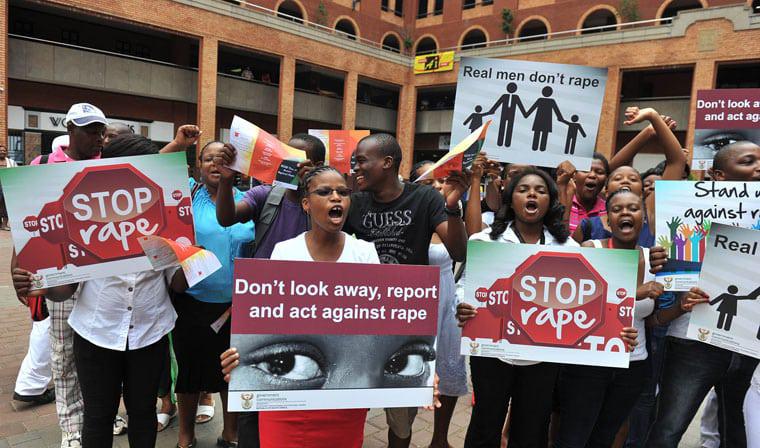 Health-e News has developed a Survivors’ Support Service, a USSD service and online map that provides a directory of all Thuthuzela Care Centres, hospitals, 24-hour clinics and shelters for survivors of  sexual violence survivors across the country.

This is part of Health-e’s ‘Izwi Lami’ (‘My Voice’) campaign to ensure that rape survivors get the medical services and support that they need and are entitled to.

The map is hosted here and it allows users to search for locations either by typing in a city, town or address, or selecting the checkbox of either ‘Shelters’, ‘TCC’ (Thuthuzela Care Centre)  or ‘Hospitals/clinics’. Once a facility is selected, the address and contact info of the facility is displayed.

People are also given a checklist of services that they might need if they have been raped, including emergency contraception, HIV test (and ARVs within 72 hours if they are HIV negative), vaccinations against tetanus and hepatitis B, antibiotics for sexually transmitted infections and counselling.

Users can also click on the ‘Rate this facility’ link and give a rating out of five for the treatment they received at the facility. Users are also invited to leave a comment. Whistleblowers can also use this to report problems with facilities. This data will be collated and shared with partner organisations and the Department of Health.

As the map requires data or wifi, Health-e has also designed a USSD messaging service that allows the same content to be sent free via any mobile phone in five different languages.

The USSD can be accessed on*134*334#  and the public is urged to save the code on their phones for cases of emergency.  This service is anonymous and free (the older USSD will still work).

Health-e’s Izwi Lami campaign was inspired by a 2017 Doctors Without Borders (MSF) study in Rustenburg which showed:

* 95% of rape survivors  did not go to a health facility after being raped.

*  One in five new HIV infections in women and almost one-third of abortions could be attributed to sexual violence.

“We hope to provide survivors with information about services to which they are entitled. The rape statistics in the country are equivalent to that of a conflict zone, and yet women aren’t accessing support that they need. They now are experiencing the trauma twice – when it happens and then when they don’t receive adequate treatment,” says Health-e’s Kim Harrisberg.

Trauma counselling, places of safety and access to immediate healthcare can be a matter of life and death for survivors of sexual violence.

For its study, MSF spoke to Constance Phiri**, who received care at Brits Hospital after being gang-raped in her home in Bapong on 26 May 2015. “A lot of women do not go to the clinic after being raped because they don’t see any mark on their body, but I would be dead today if it wasn’t for the counselling I received after I was raped – I would’ve killed myself. We need to be able to get these services as women, and we need to use them,” Phiri told MSF.

During the course of our Izwi Lami campaign, which we launched last year, it became clear that many local clinics were not properly equipped to help rape survivors and most were not open at night or over weekends when most rapes occur. This is why the Survivor Support Service guides women towards Thuthuzela Care Centres, hospitals and 24-hour community health centres. In addition, if a rape survivor wants to press charges against her/his attacker, rape kits for collecting forensic evidence are only kept at Thuthuzela Centres or by the police.


“We hope that this project will provide survivors with the tools needed for recovery from the violations so many women are subjected to every day in South Africa. We also want to bring them into the conversation about this process. It’s important we don’t talk about survivors without their input,” said Harrisberg.

We developed this with a tiny budget and we are seeking urgent support to roll it out. If any organisation/individual is able to assist, please get in touch with kim@health-e.org.za .