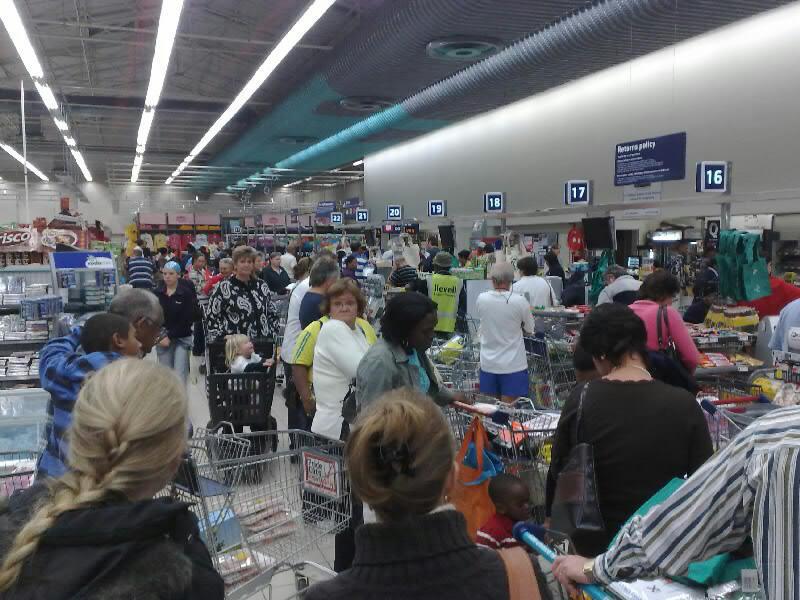 Shopping in supermarkets significantly increases body mass index (BMI), and contributes to eating more processed and highly processed foods and less fresh fruit and vegetables, this is according to a recent study.

Speaking toHealth-e News, dietician Mpho Tshukudu agreed, saying: “Supermarkets are designed to attract consumers to unhealthy and unnecessary items rather than the healthy foods they need.” She added that unhealthy processed foods are usually discounted more than healthy foods.

According to Olivier Ecker, co-author of the study titled Supermarket Shopping and Nutritional Outcomes and senior research fellow at the International Food Policy Research Institute (IFPRI), overweight and obesity are growing health problems in many developing countries. “These results, alarming from a nutrition and health perspective, confirm that the retail environment affects people’s food choices and nutrition.”

The IFPRI research finds shopping food in supermarkets increases adult BMI by 0.64 kg/m2. The rapid rise in people’s BMI contributes to various non-communicable diseases (NCDs), such as diabetes, hypertension, and some forms of cancer. Obesity and NCDs are associated with morbidity and mortality, lost productivity, and high healthcare costs.

The study, published in a recent edition of the journal World Development, emphasises that better understanding the nutrition effects of modernizing retail environments can help to design policies aimed at reducing negative health consequences.

Even though the study did not find that supermarkets contribute to net increases in total calorie consumption, the findings reveal significant shifts in dietary composition. Supermarket shopping contributes to a sizeable decrease in energy consumption from unprocessed staples and from fresh fruits and vegetables, and a significant increase in energy consumption from dairy, vegetable oil, processed meat products (sausages etc.), and highly processed foods (bread, pasta, snacks, soft drinks etc.). These shifts toward processed and highly processed foods lead to less healthy diets, with higher sugar, fat, and salt contents, and probably lower amounts of micronutrients and dietary fibres.

“Some of the effects are still relatively small, but they may increase with supermarkets further gaining in importance. The observed changes in dietary composition can also explain the increasing effect on BMI, even without a rise in total calorie consumption. The reason is that the human body requires less energy for the digestion of processed and highly processed foods,” said Ecker.

According to the IFPRI, Kenya has one of the most prospering supermarket sectors in sub-Saharan Africa. The share of grocery sales through supermarkets is about 10% at national level, but already much higher in large urban centres. A rapid growth of supermarkets is also expected in other parts of Africa. Modernising food retail environments, together with income growth and urbanisation, may also play a role in rising obesity rates because of changes in people’s diets and lifestyles. For instance, the rapid spread of supermarkets in many developing countries could affect consumer food choices and thus nutritional outcomes.

The study provides regulatory and policy recommendations to avoid undesirable diet and nutrition outcomes, including enhancing consumer awareness. “Rather than thwarting modernisation in the retail sector, policies that incentivise the sale of more healthy foods — like fruits and vegetables — in supermarkets may be more promising to promote desirable nutritional outcomes. If properly managed supermarkets can also have important positive nutrition effects,” said Ecker.