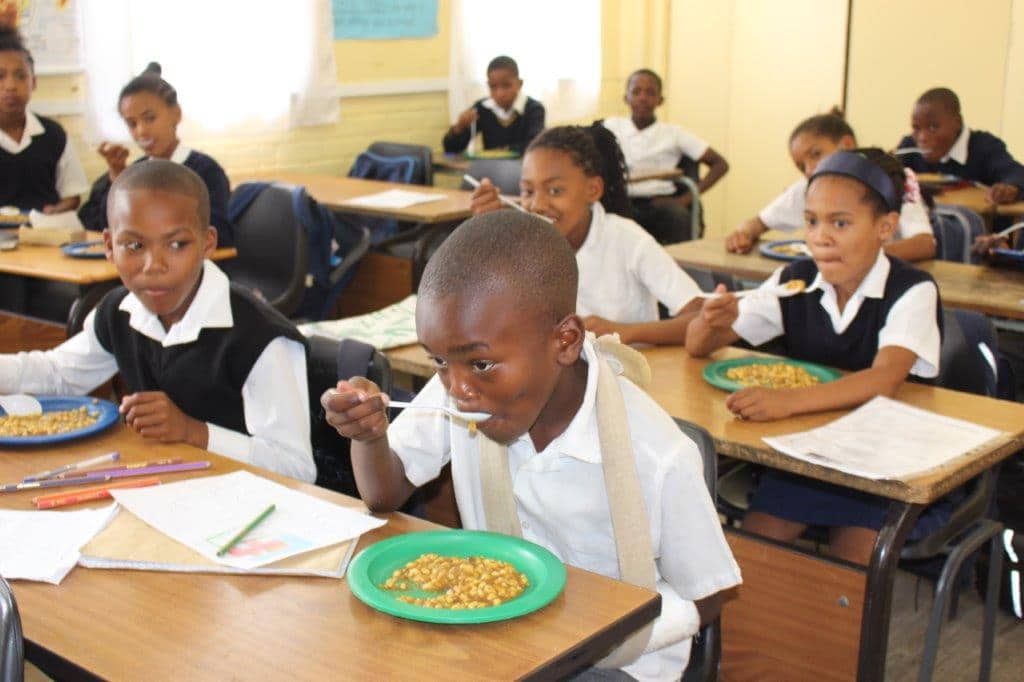 While the Gauteng government investigates corruption in the running of its food banks, those who rely on these banks are going hungry.

While Gauteng residents welcome spring, half a million people reliant on government-funded food banks are hungry. By the end of August, five Gauteng food banks accused of mismanaging their government funding had been shut down, leaving those who rely on them for their daily bread to starve.

The Gauteng government and non-governmental organisations are waging war against each other over allegations of financial mismanagement. Investigations are continuing and court action looms – but in the meantime, about 90 000 children face starvation.

Two months ago, the provincial Department of Social Development announced that they would be suspending funding to five food banks responsible for providing feeding schemes in Gauteng after uncovering fraud in their operations.

The first notice of cancellation was received by the food banks at end of June 2018.

“The first notice of cancellation was received by the food banks at end of June 2018. There have been some investigations – apparently not related to our organisation – but into some irregularities in the food banks,” said Dennis Rogers, CEO of Power Foods, one of the nominated service providers to the food banks.

The government’s notice of cancellation stated that an alternative or a temporary solution to this problem would be put in place as soon as possible so that beneficiaries continue getting their food as usual. But according to Rogers, there is no temporary solution to this matter in place yet and beneficiaries have been without food for over a week already.

“Government has the money allocated, they are just not paying the food banks till they are satisfied with their investigations,” said Rogers, who added that the investigation was taking a long time, and service providers had stopped supplying food because they had not been paid.

“The last time we received payment was in February from Morithi, and that was for the December to February quarter four tranche from last year,” he said.

The last time we received payment was in February from Morithi.

When Power Foods realised that they were not receiving payment from the NGOs, they wrote to the Department of Social Development asking about the money.

“We wrote two letters in early June to the HOD [of the Gauteng Department of Social Development] asking why no payments had been made to date, and we needed to know what was going on,” said Rogers. But he received no response to the letters.

“We served court papers on the Morithi Food Bank and the HOD and the MEC of the Department of Social Development at end of June, but were not allowed urgency by the courts. We have prepared a second set to serve all of them again,” said Rogers.

The court papers show that the NPOs owe Power Foods over R1-million. It is not known when they will be paid as the implicated organisations are not being paid by government.

“This (corruption) has been going on for so long. We want a judicial inquiry into to this. If it carries on, the poor will suffer,” Rogers said.

This (corruption) has been going on for so long. We want a judicial inquiry into to this. If it carries on, the poor will suffer.

The food banks have confirmed to Health-e News that 500 000 people are benefiting from their programmes, with 90 000 of them being children of families living below the poverty line.

For many of them, social grants are their only source of income.

But social grants are insufficient to buy adequate nutrition for a month. According to the Household Affordability Index released by the Pietermaritzburg Economic Justice and Dignity Group for August, the cost of a food basket to meet the basic nutritional  requirements for a family of seven is slightly over R4 000 yet the average actual income from grants is about R3 000.

There is already an affordability crisis in the low-income households. People have underspent on basic food items by 26% in August.

“There is already an affordability crisis in the low-income households. People have underspent on basic food items by 26% in August,” said Julie Smith. “The increase in VAT comes at time where households are struggling to put food on the table – already a crisis situation in terms of nutrition.”

According to the Household Affordability Index, the cost of feeding is as follows:

“The Gauteng government might be saving money by stopping funding to the food banks now, but it will be expensive in terms of the cost to educational outcomes and the health care system,” said Smith.

According to Smith, if children are not properly fed for three to four months or longer, they can suffer permanent setbacks in their development and even stunting. She urged government to address alternative feeding measures while food programmes are not operating.

Meanwhile, the five implicated NPOs have complained that they have not been given access to the fraud detection review report in order to reply to it and are threatening their own legal action.

“I think this whole fiasco needs a thorough judicial investigation, and the Public Protector hopefully will uncover and make the findings public so we can all know what is going on,” said Rogers.

I think this whole fiasco needs a thorough judicial investigation, and the Public Protector hopefully will uncover and make the findings public so we can all know what is going on

“The actual amount of money, persons or organisations being investigated will be revealed when the investigation is complete,” said departmental spokesman Mbangwa Xaba, explaining that the investigation was expected to conclude in December and that fraud and money laundering was suspected.

Gauteng Premier David Makhura has met with all the involved cooperatives and NPOs and assured them that they will soon receive help.

We are consulting with Treasury to fast track alternative delivery mechanisms to ensure that the people who depend on these services receive them.

“I cannot sit and watch while the most important community sector of our economy is shut down because of fraud and corruption by officials. Rigorous measures will be put in place to ensure that cooperatives doing work with the Gauteng Government adhere to supply chain regulations,” said Makhura.

Xaba confirmed to Health-e News that “by September” the alternative delivery systems for the people depending on the food programme will be in place, but could not specific dates.

And so until this alternative food delivery system has been set in place, half-a-million people reliant on the food banks for meals will go hungry.

An edited version of this story has been published in the Daily Maverick.