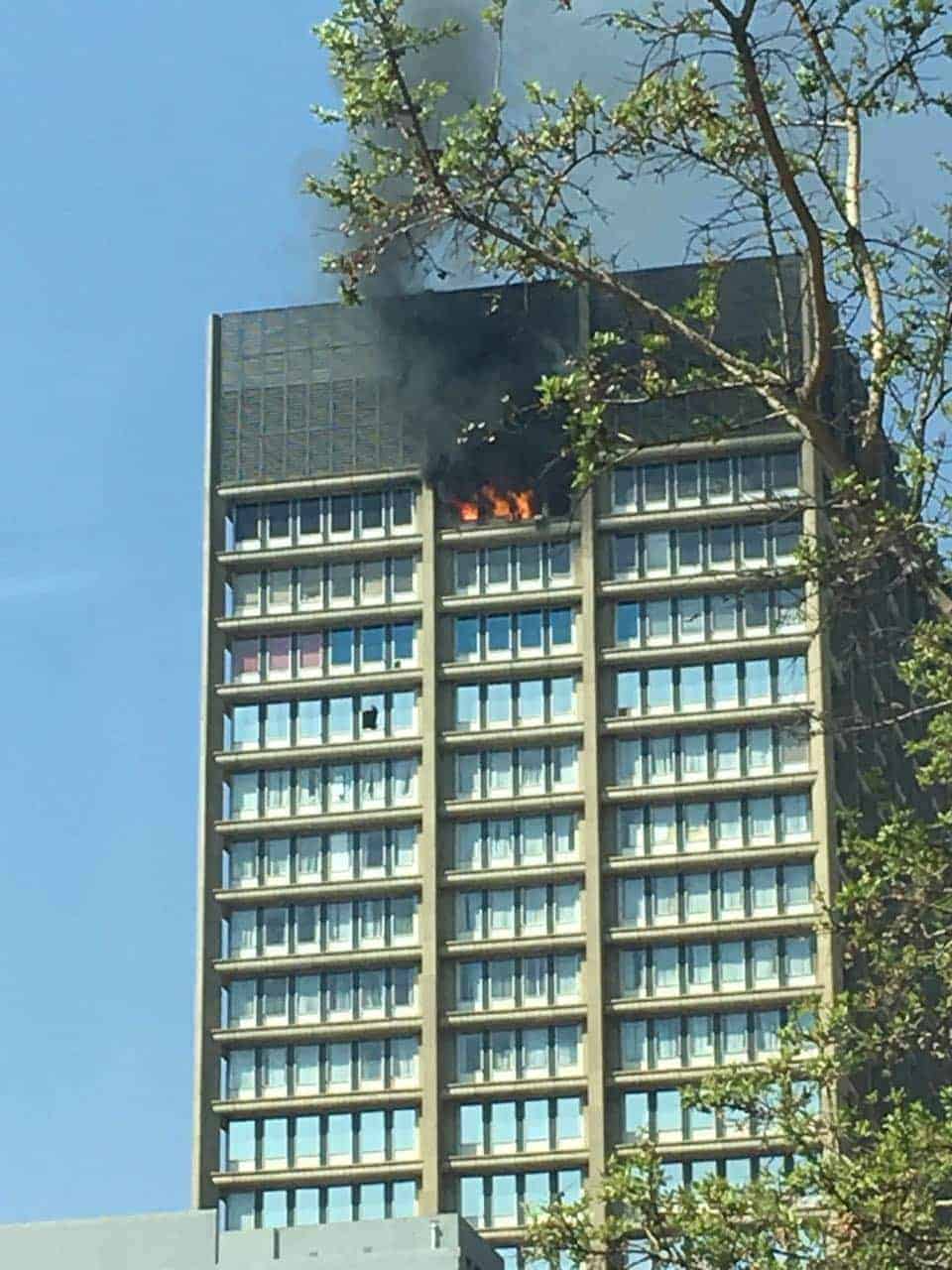 Witnesses of the fire that tore through a building in downtown Johannesburg on Wednesday watched in horror as firefighter fell to his death from the 23rd floor.

“The whole thing unfolded like a movie to me. I’m still traumatised. As I start speaking about it I cry,” one bystander told Health-e News.

The young woman, who asked not to be named, was shopping when the fire broke out on one of the upper floors of the building on the corner of Albertina Sisulu and Pixley ka Isaka Seme Streets.

“I saw everything. I was standing at the corner of street when I saw a man falling down from the building that caught fire. He died immediately. I really don’t want to talk further about this,” she said.

According to Johannesburg Emergency Services (EMS) spokesperson Nana Radebe the firefighter “tripped and fell” on Wednesday morning while attempting to put out the blaze on the building’s 23rd floor.

Nelisiwe Dlomo, a 19-year-old student, was studying in the nearby Johannesburg City Library when the blaze erupted.

“My father is also a fire fighter. Fortunately he was not working today. I wonder what could have happened to him?” she said, watching the fire as it continued to rage throughout the day.

Body remained at the scene

The body of the firefighter who fell was not removed from the scene for several hours as his colleagues battled against the flames raving above.

Robert Mulaudzi from Johannesburg EMS said that removing the body “is not our priority”, and could not comment further on the issue as it was a “police case”.

She said the building had met only 21 percent of the required safety standards, and it was believed that an electrical fault had allegedly caused the fire.

Another bystander, a worker at the Johannesburg City Library who also asked not be named, told Health-e News that he was shaken from witnessing the death of the falling firefighter.

“I was looking through the window of the library. I saw the smoke and all of a sudden I saw a man falling down. He made a terrible bang noise on the pavement,” he said.

By 5pm on Wednesday the fire had still not been completely extinguished, and the other two firemen who died had expired from smoke inhalation before they could be rescued. – Health-e News.