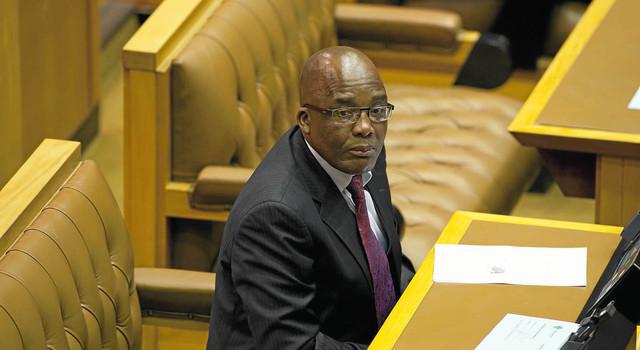 The Department of Health (DoH) and Public Works will go to court on Friday to fight a case laid against them by the Public Servants Association (PSA) about the beleaguered Civitas building in Tshwane.

In an effort to avoid the legal battle the DoH, whose headquarters are in Civitas, sent a request to settle the matter out of court on Thursday morning. The PSA’s Reuben Maleka told Health-e News that they responded to the department, agreeing to settle the matter but only if the DoH accepted “on our terms”.

These terms included forming a task team composed of management and workers to “ensure that the building is repaired and is habitable”, to reverse sick leave of workers whose health was affected by the poor state of Civitas and reduced working hours (from 7.30am to 1pm) to make time for repair work.

But upon receiving these terms the DoH promptly backtracked on their settlement offer and decided to rather face the PSA in the Johannesburg Labour Court on Friday, according department spokesperson Popo Maja.

“The Ministry of Health will fully abide by the decision of the court,” he said.

There has been on and off strike action at Civitas since April with workers protesting against the deplorable conditions of the building, that has been referred to as a ‘death trap’.

The PSA’s court application was lodged days after the deadly fire at the Bank of Lisbon building in Johannesburg on September 5 in which three firefighters lost their lives. The Bank of Lisbon housed the provincial health department and the PSA said that they are determined to fight for the rights of workers to prevent a similar tragedy at Civitas.

“We still maintain our members should not go to that building, they cannot be compelled, it’s not safe and they cannot risk their lives. We would not even encourage general members of the public to do the same. Our logical conclusion is that what happened at the Bank of Lisbon should be a lesson and not be allowed to happen again,” said the PSA’s Tahir Maepa.

The strike action has severely affected the running of the DoH and other health bodies including the South African Health Products Regulatory Council which moved its operations out of the building weeks ago to be able to fulfil its “lifesaving” mandate policing the country’s medicines.

Maepa said that the building is only 20 percent compliant with health and safety standards and yet about R1-billion was issued to fix it.

“So they are afraid questions will be raised as to what happened to the money if the building is shut. So they are simply hiding corruption that will be uncovered,” he said.

The National Education, Health and Allied Workers’ Union has also initiated legal action against the department and said they would file an interdict to prevent the DoH from instituting the no-work-no-pay rule.

Rejecting this rule was also on the list of the PSA’s demands as well as footing the legal bill.

The Democratic Nursing Organisation of South Africa’s Lebohang Khumalo said that workers should not be penalised for refusing to go to work because the health hazards “are not their doing but the department’s”.

She asked how the DoH will manage the imminent National Health Insurance (NHI), and its sizable Fund, if “they cannot fix the conditions of the head office building”.

“[Health Minister Aaron Motsoaledi’s] remarks on NHI have been nothing but just a rhetoric song. By failing to fix the building, this clearly shows he cannot be trusted to deliver NHI,” she said.

But Maja rejected this claim and said the NHI and the Civitas building “are two different things”.

He said: “They can’t be compared. They are completely unrelated. One is the system and the other is just the building. People opposing to NHI will always find a reason to associate it with negative things and discredit it.” – Health-e News.