Home » NCDs cause 70 percent of deaths 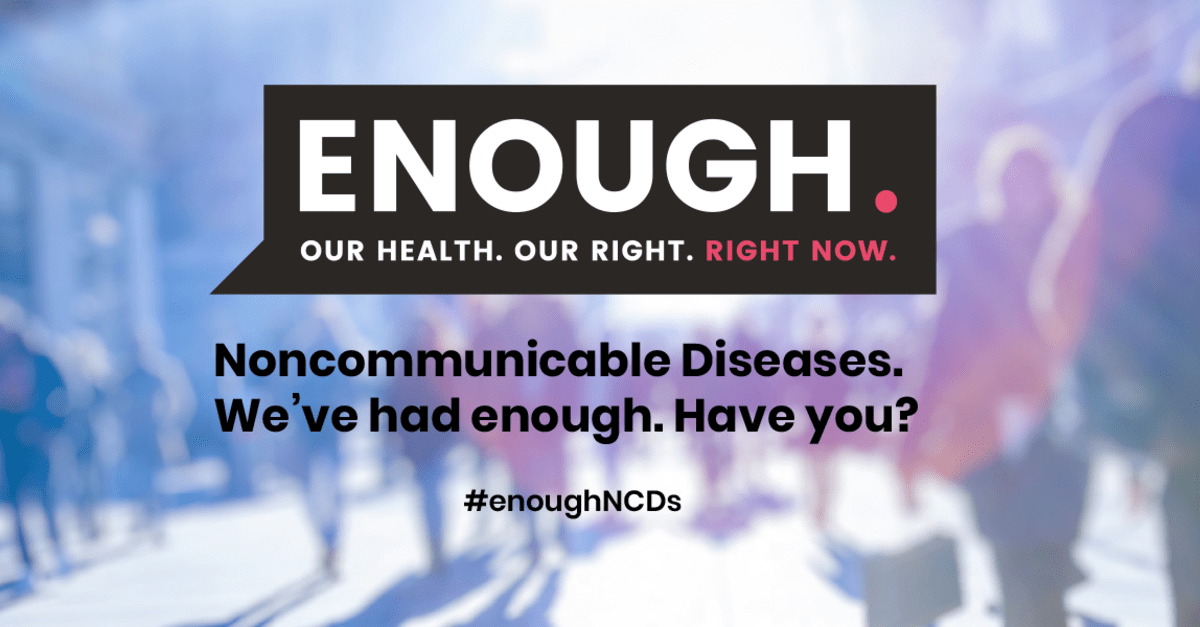 People living in low-income and middle-income countries, especially in sub-Saharan Africa, central Asia and eastern Europe, had the highest risk of dying from NCDs.

This is according to an analysis of 186 countries by “NCD Countdown 2030”, published in The Lancet today. NCD Countdown 2030 is a collaboration led by The Lancet, World Health Organisation, Imperial College London and the NCD Alliance.

The research comes shortly before next week’s United Nations High-Level Meeting on NCDs on Sept 27, 2018, which will review national and global progress towards the prevention and control of NCDs.

More than half of all countries are predicted to fail to reach the UN target to reduce premature deaths from the four major NCDs by 2030.

Women living in Sierra Leone and Cote d’Ivoire were most at risk of dying of NCDs, while Lesotho and Swaziland featured in the 10 most risky countries. Curiously, South Africa featured at 41 despite diabetes being the biggest killer of women.

South Korea and Japan held the lowest risk for women.

For men, Mongolia, Kazakhstan, Russia, and Fij were the most risky countries, while South Africa was 17thworst.

The safest countries for men were Iceland, Switzerland, Sweden and Norway.

More dangerous than bacteria and viruses

Professor Majid Ezzati, from Imperial College London, who led the study, said: “NCDs are the main cause of premature death for most countries. Poverty, uncontrolled marketing of alcohol and tobacco by multinational industries, and weak health care systems are making chronic diseases a larger danger to human health than traditional foes such as bacteria and viruses.”

Ezzati explained that, while much of the world is failing to alleviate the burden of chronic diseases, “dozens of countries could meet this goal with modest acceleration of already-favourable trends”.

“Treatment of hypertension and controlling tobacco and alcohol use alone can prevent millions of deaths from cancer, heart disease, stroke and other NCDs. But there is also a need for affordable high-quality care to diagnose and treat chronic diseases as early as possible,” said Ezzati.

“We are sleepwalking into a sick future because of severely inadequate progress on NCDs,” said Katie Dain, who heads the global NCD Alliance.

“Post the UN High Level Meeting, NCD Countdown 2030 will assist in holding governments and donors accountable and help to ensure that the opportunity before us next week to renew, reinforce, and enhance commitments to reducing the burden of NCDs, translates the rhetoric into reality.” – Health-e News.