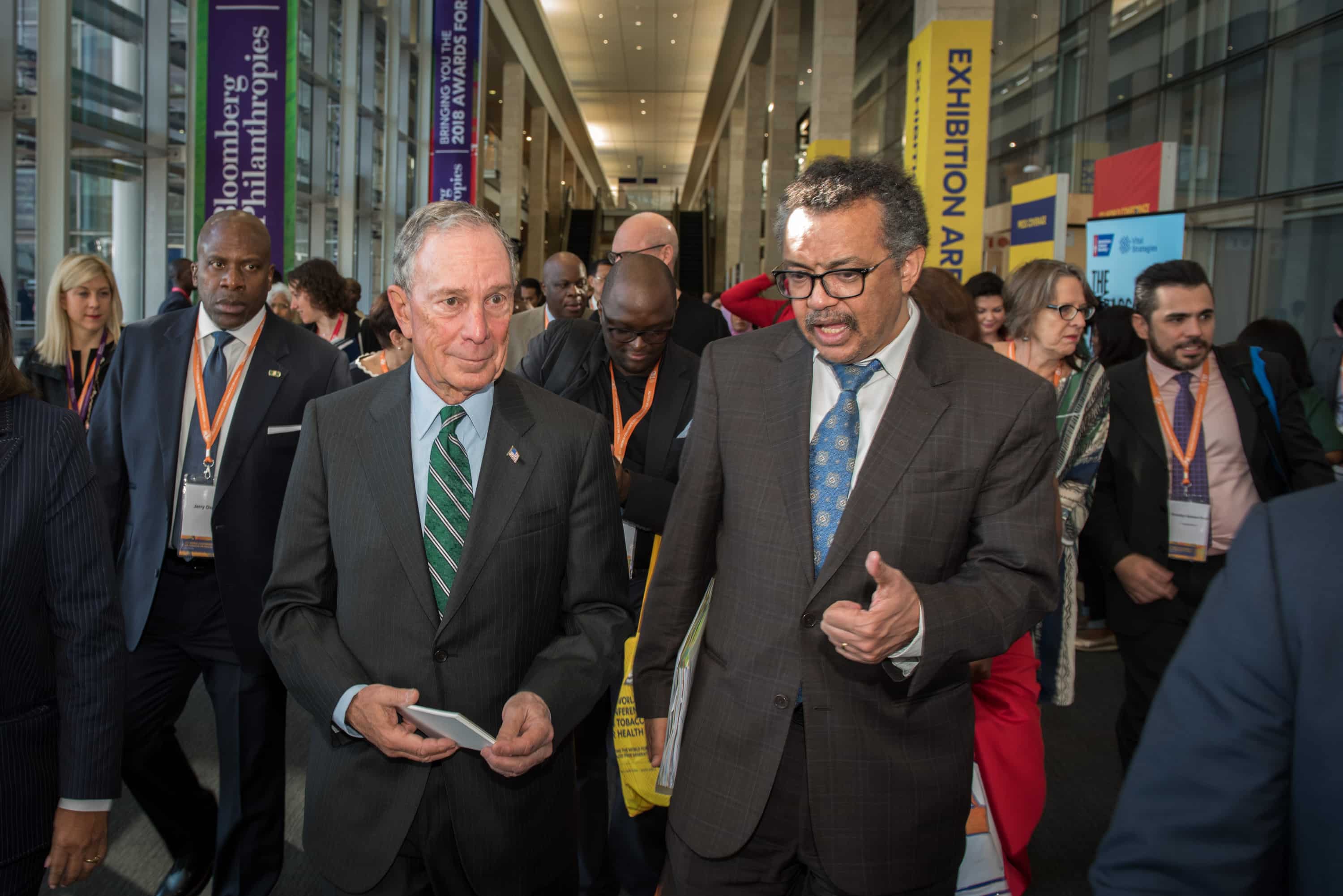 Political will, smart policies and more resources can save millions of lives, MICHAEL BLOOMBERG tells the UN High-Level Meeting on Non-Communicable Diseases in the keynote address.

Today, for the first time, more people are dying from non-communicable diseases like heart disease, diabetes, and cancer than communicable ones, like malaria, pneumonia, and dysentery. That marks a real shift, but for the most part, global policies have not shifted in response.

Worldwide, NCDs account for more than two-thirds of all deaths, and yet, to this point, only two percent of international health funding to low- and middle-income countries has been dedicated to preventing NCDs. That’s a huge disparity, and the result is a lot of preventable tragedy. These diseases cut so many promising lives short. They cost countries billions of dollars in health care costs and lost productivity, and they contribute to poverty, by harming people’s ability to work and feed their families.

We can do something about it!

These are all powerful reasons why we should be doing more to address this problem. But here’s another reason: We can do something about it! There is a growing body of evidence that shows how smart policies can help save an awful lot of lives. For the most part, these policies don’t require a lot of money, so we don’t have to choose between fighting NCDs and fighting communicable diseases. What they do require is political will.

It’s no secret: Many of the biggest causes of NCDs – like tobacco and junk foods – have powerful industries working on their sides. But so many lives are at stake – and there really is no excuse for inaction. So it is encouraging to see you all here, and the steps you take can set a great example for others.

Let’s talk specifics. Our foundation has been glad to work with many of your countries. Our mission is to help the greatest number of people live better, longer lives, and that drew us to the fight against NCDs. I’ll briefly describe a couple of ways we are working on this issue – particularly, some places where we think there is an opportunity to make a big difference.

The first is tobacco use – the number-one agent of preventable death. More than seven million people every year die from tobacco use. If a communicable disease was killing that many people each year, every government would be racing to cure it!

Policies that make a difference

What are we doing, you ask? Since 2007, Bloomberg Philanthropies has spent almost $1 billion helping to spread a set of WHO policies – known as MPOWER – to end this scourge. These policies are fully in line with the Framework Convention on Tobacco Control, the world’s treaty on tobacco control. When we started, only 42 countries had one of those policies in place. Today, more than 120 do. These victories haven’t been easy. The tobacco industry has fought back at every turn – but countries are showing that this is a fight we can win. Those policies make a real difference. Just to give you a few examples:

India reduced tobacco use by 17 percent since 2010. That’s 8 million fewer tobacco users, in just 8 years. In Bangladesh, adult tobacco use fell by over 18 percent since 2009. In 2016, Uruguay beat a tobacco industry lawsuit challenging the country’s law requiring health warnings on cigarette packs. That paved the way for others to pass and defend similar laws, including the increasing use of plain tobacco packaging. Uruguay really has been a leader in taking on non-communicable diseases, and President Vázquez deserves a lot of credit for that.

The progress that has been made already on tobacco control policies – like smoke-free public places and graphic picture warnings on tobacco packs – through our partnership with countries will save 35 million lives. We still have a long way to go, but that’s real progress, and it should encourage us all to take on other contributors to NCDs – like obesity, which is a growing problem in virtually every country.

Of course, there are industry groups and special interests that oppose policies to reduce obesity, like taxes on sugary drinks. But countries are showing that they can overcome industry opposition – just as they are with tobacco.

Mexico’s 10-percent tax on sugary beverages has helped drive down consumption by around 10 percent. South Africa recently passed its own national tax on sugary drinks. Chile is placing warning labels on foods high in salt, sugar, and saturated fat, and banned junk-food ads aimed at children.

Last year, my foundation began supporting targeted efforts to prevent cardiovascular disease – specifically, heart attacks and strokes, the world’s leading killers and which are responsible for 18 million deaths each year. By addressing sodium consumption and high blood pressure – and by eliminating artificial trans fats from the food supply – governments can save millions of lives.

These kinds of policies and activities are making a big difference. Support for them is growing, and cities are helping to lead the way. That only makes sense because cities account for a growing majority of people, and they share many common challenges. What works in one city often works in many others. At the same time, cities can act quickly to implement new policies – and they have shown a real willingness to lead the way in tackling NCDs.

To help them, we launched a global network called the Partnership for Healthy Cities. It’s helping more than 50 cities take cost-effective steps to prevent NCDs and injuries – like passing smoke-free laws, improving child nutrition, and ensuring streets are safe for pedestrians and cyclists. We saw how well those ideas worked when I was mayor here in New York and in other cities around the world. And once they work at the city level, national governments tend to be more willing to adopt them.

Promoting such policies for non-communicable diseases has been a focus of my role as the World Health Organisation’s Global Ambassador for non-communicable diseases over the last two years. Today, WHO Director-General Dr. Tedros invited me to serve for another two-year term, and I was glad to accept. The WHO has helped lead the charge on NCDs – and it is important to see the UN using its resources to help bring more attention and spur more action on this issue.

Reducing premature deaths from NCDs is one of the UN’s Sustainable Development Goals – and it really is achievable. The steps you take will make your nations stronger, and they will set an example that can spread around the world and save even more lives. We need your continued commitment to tackle this issue.

Thank you all for your leadership.

Michael Bloomberg is the UN Ambassador on Non-Communicable Diseases, a renowned philanthropist, and the former mayor of New York.