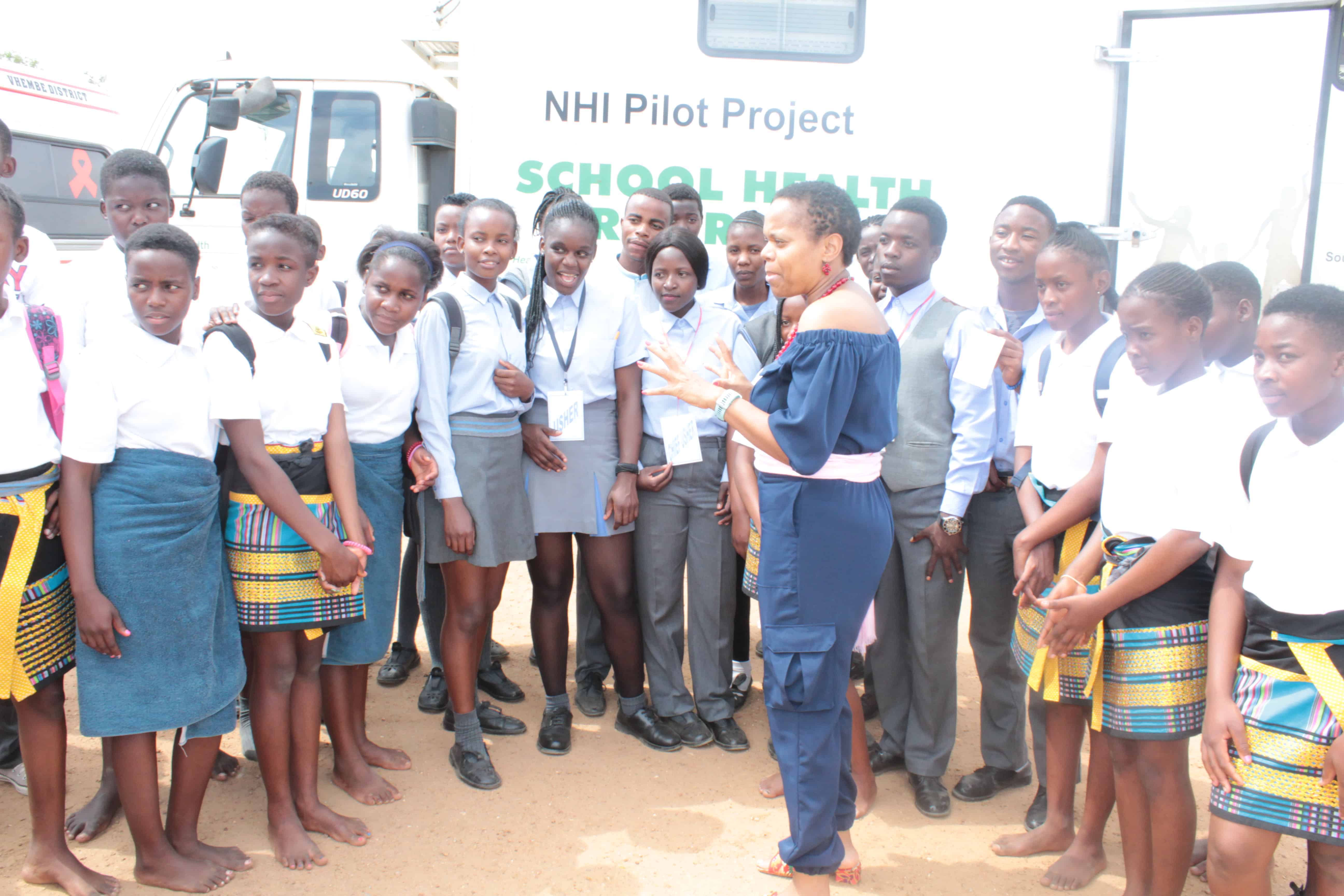 LIMPOPO – Newly released statistics from rural clinics outside of Thohoyandou show that children as young as nine are falling pregnant or acquiring HIV infections.

This was revealed by Health MEC Dr Phophi Ramathuba as she commented on the spiralling HIV infections and teenage pregnancies in rural schools in Dididi village, saying the country is being taken backwards in its fight for an HIV free generation.

Ramathuba recently held a teenage pregnancy awareness campaign in the area, after the shocking statistics were released.

According to the Department of Health, Mukhwantheli Secondary School in Dididi village has a record number of 36 pregnant learners. Another 31 learners aged between nine and 19 from both primary and secondary schools in the same area have been infected with HIV, putting a strain on the department’s fight against the spread of HIV among the youth.

“We are worried as a department when learners between nine and 14 are being found to be HIV positive and both their parents are negative. It tells us that most children in this age group could be involved in sexual activities,” said Ramathuba.

“Life is about choices and if you choose to engage in early sexual activity you will regret it when you grow older. Why should you break your virginity in the bushes when you can read books and be educated and successful in life to a point where you can choose any hotel in the world where you can then engage yourself in sexual activity as an adult?”

Ramathuba also reminded people not to be fooled by fake prophets who tell them they are cured of HIV and should stop taking their ARVs.

She said the high rate of alcohol consumption and lack of extramural activities after school have been identified by the community as the driving forces behind the high rate of teenage pregnancies and the HIV infection rate.

Ndamulelo Liphadzi (23), a grade 12 learner at Mukhwantheli Secondary and mother of a three-month-old son, said she regrets not listening to the elders when they warned her about boys and engaging herself in early sexual intercourse. She now struggles to raise her son and keep up with her studies.

“I wish I had listened. I am now learning the hard way that raising a child is not an easy job, especially when you’re still at school. My message to others is to abstain from sexual activities so that you don’t end up having to do what I am doing at the moment. It is hard to focus on your studies while your child is crying and needs your attention,” she said.