Home » Teen moms are not all the same! 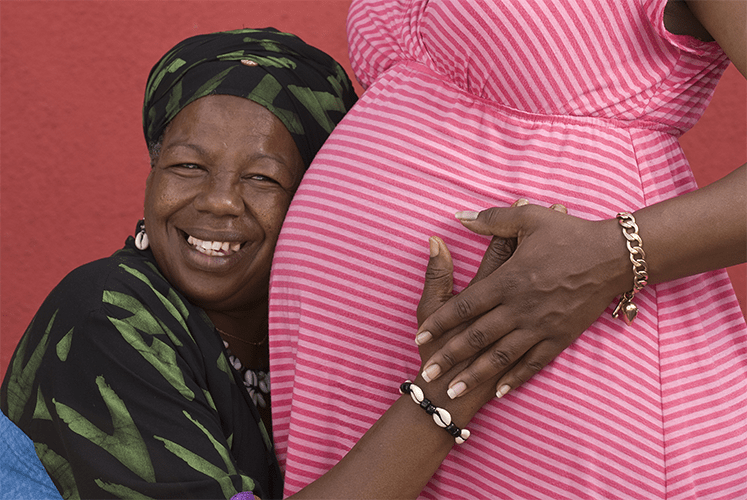 Author Chimamanda Ngozi-Adichie in a TED talk spoke of the danger of a single story. She recounted a story of her “house man” Fide, who her mother said was poverty-stricken. By Beth Amato.

Teen moms are not all the same!

When Ngozi-Adichie visited Fide and his family in his home village, she was shown a beautiful basket made by Fide’s brother. She said: “All I heard about them was how poor they were, so that it had become impossible for me to see them as anything else but poor. Their poverty was my single story of them.”  In South Africa, the dominant teenage motherhood narrative is an example of the danger of a single story.

All I heard about them was how poor they were, so that it had become impossible for me to see them as anything else but poor. Their poverty was my single story of them.

Nolwazi Mkhwanazi, co-editor of “Young Families: gender, sexuality and care”, published by the HSRC Press, explains that the dominant representation of teenage pregnancy is overwhelmingly negative and has “obscured many of the more affirmative experiences that some teenagers have had as they transitioned to motherhood.

The emphasis on the difficulties and challenges of early parenthood found in dominant representations of teenage pregnancy, while in some ways understandable, means that the ways in which young, black African, teenage mothers experience support and the variety of actors that form these support networks, are often sidelined or ignored altogether.”

If adolescents between the age of 10 and 19 contributed 13.9% of registered child birth in 2016, according to Statistics South Africa (and an assertion that this has been stable since 1998), then we should pay attention to strengthening the support structures that cohere around young mothers. Overwhelming research shows that the first 1000 days of a child’s life (starting from in utero) are critical for brain development. Supporting young mothers, without bias, is therefore a human development issue.  However, we see support for the first 1000 days of the children of teenage parents being ignored with teenage pregnancy seen as being “emblematic of perceived social failings among young South Africans,” asserts Rebecca Hodes in the same book.

While teenage mothers recount experiences of loneliness, disappointment and fear in the academic literature, many of their experiences are nuanced and complex and they deserve attention. Nomfundo’s story illustrates this.

Nomfundo was an accomplished learner at the Afrikaans-medium school she attended in Standerton, Mpumalanga. Her grandmother, whom she considers her mother, paid R1000 a month so Nomfundo could attend what she terms “the white school,” meaning the better school in the area. When she was 16, she met a boy already in college. Her mother didn’t talk to her much about sex or pregnancy and certainly not about contraception. Six months into their relationship and a few weeks after her 17thbirthday, Nomfundo’s exhaustion was crippling her, which couldn’t bode well for the upcoming preliminary matric exams.  She called her boyfriend and asked him to buy her a pregnancy test. The faint two lines that emerged contained the new meaning of Nomfundo and Zweli’s future.

“I was really disappointed in myself,” says Nomfundo. She had dreams to go to a teacher’s training college after she finished matric, and she felt those plans were brutally scuppered. Zweli asked Nomfundo to get an abortion and would pay for it: he was unemployed and wanted to finish studying for his certificate in marketing.

I was really disappointed in myself.

But Nomfundo wanted to abort safely and humanely, which would have cost money. Zweli couldn’t afford this option. Their relationship soured as Nomfundo’s pregnancy progressed and the weight of its secrecy and its meaning left her feeling sad, frustrated and hopeless. She stopped going to school and her poor preliminary matric exam marks were testimony to this.

Perhaps if Nomfundo’s pregnancy was not shrouded in self-blame and shame, and if she had more financial means, she’d have gone to the doctor who could have helped her with the pre-natal depression she clearly had. She carried much of this burden on her own: no-one in her family knew because she was too scared to tell them.

Nomfundo’s shame was certainly shaped and perpetuated by social and cultural beliefs about teenage pregnancy. When she eventually divulged her “terrible” secret to her family and to Zweli’s, Nomfundo’s mother and aunt were furious, and worried that everyone at the “white school” would know, especially as Nomfundo was deputy head girl. Such was Nomfundo’s fear, that she told her family members the news over WhatsApp rather than face-to-face.

“They thought I was out of hand and that after the baby I’d just wander the streets and drink the money away.” Myths like this, especially around how the child support grant is used by mothers, are pervasive. Research by NGO Ilifa Labantwana has shown that child support grants are used for the benefit child and family.

Her family’s beliefs – however ill-founded – were the chief reason Nomfundo delayed going to the clinic for a maternity visit, where she would have received folic acid supplements and undergone critical tests. Neural development in the first four months of a foetus’s life is rapid. It was only in January 2016 when Nomfundo was six months pregnant, that she went to the clinic for the first time. She had an HIV test and received vitamins.

“At first the nurses were judgmental. They all knew I went to white school and thought I was naughty and ungrateful,” says Nomfundo. She didn’t object to their disrespect of her privacy and dignity. “I knew everyone would gossip and laugh, so what can I do?”

I was told I’d be having a baby boy. I have never felt happier.

But things got brighter for Nomfundo when Zweli’s grandfather offered, with love, to help Nomfundo financially during and after the pregnancy. “Zweli’s grandfather paid for the sonar in January and came with me to the appointment. He was genuinely happy to see the baby on the scan and to hear its heartbeat. I was told I’d be having a baby boy. I have never felt happier,” said Nomfundo.

Nolwazi Mkhwanazi’s work in Nyanga East in Cape Town opened her mind to giving more support to nuanced narratives like Nomfundo’s. Much like Nomfundo’s experience, Mkhwanazi speaks of the “social relationships and communities of care that cohered around this young pregnant mother and their importance in the young woman’s experience of pregnancy and motherhood.”

Nomfundo went into labour in the early hours of 18 April 2016. Nomfundo’s aunt accompanied her to the hospital (both her mother and grandmother were working) and called Zweli’s grandfather with the news. She had a difficult birth which was exacerbated by the nurse being rude to her. She had to have a caesarian section after the baby’s heartbeat signaled distress.

“My daughter considers her great-grandfather as her dad.” The baby’s father found work at a bottle store and didn’t visit. Zweli’s grandfather continues to pay for the baby.

When the baby girl was 8-months old, Nomfundo came to Johannesburg – 150km from home – to study policing, with the view to study forensics on completion of her diploma. “I cried so much leaving her.” But Nomfundo was determined to give her baby the same opportunities as she had. In African families, the extended family plays a key role in the raising of children. “My baby calls her granny, ‘mom’, much like I did with my grandmother.”

My baby calls her granny, ‘mom’, much like I did with my grandmother.

Nomfundo’s child has just turned two and Zweli’s grandfather pays for her to attend creche.

Stories such as this, which up until recently have rarely been written about, begin to expand our understanding of teenage pregnancy and motherhood in a number of important ways. They highlight the need for Interventions that strengthen social relationships and communities of care. Such interventions can include social and structural mechanisms that enable maternal and/or paternal families who are able to care for a child to do so. The child support grant is an example of this. “Generational wellbeing can be gauged by looking at the kinds of support systems that are available to young parents and the measures that are in place for young families to access them. This is critical in building and promoting healthy family lives and in turn, a more resilient society,” notes Mkhwanazi.

The publication of Young Families: gender, sexuality and care was supported by the DST-NRF Centre of Excellence in Development based at Wits University.