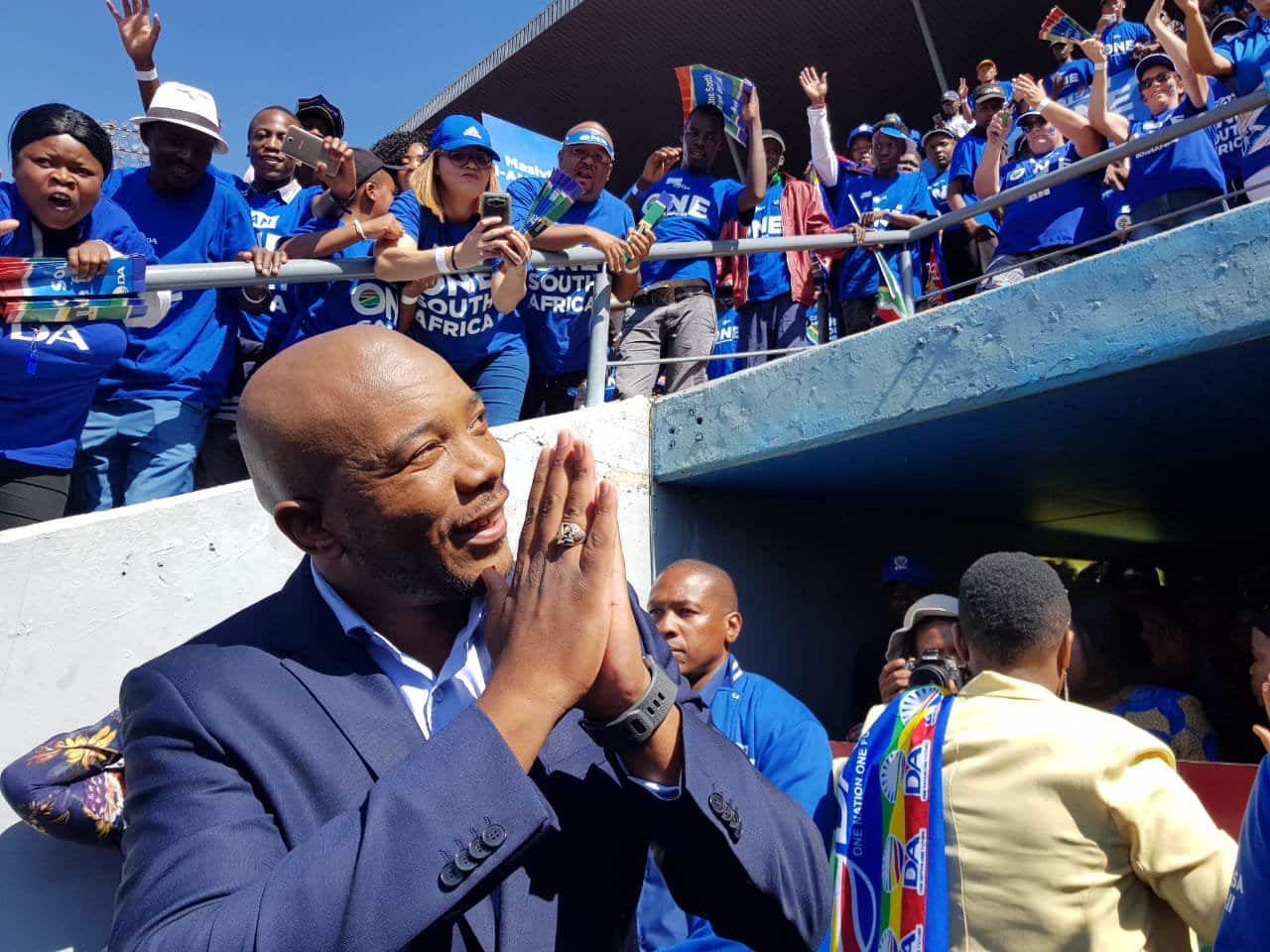 The Democratic Alliance has been fiercely opposed to the National Health Insurance Bill. But the official opposition party’s alternative leaves many unanswered questions. Eleanor Whyle, Manya van Ryneveld and Leanne Brady break it down.

In August, Health minister Zweli Mkhize tabled the National Health Insurance Bill in Parliament. It has been met with fierce backlash, including the Democratic Alliance asking Parliament to obtain a legal opinion on the constitutionality of the Bill.

The DA’s primary opposition to the NHI seems to be that it pools a huge sum of public money under a state-owned entity that would be managed by the national department of health, thereby constituting a significant risk of mismanagement and corruption of the country’s health budget.

Shortly before the release of the Bill, the DA published an outline of an alternative set of healthcare reforms. The aim of the plan, dubbed Sizani Universal Healthcare, is to “roll out universal healthcare to the people of South Africa…within the current budget envelope; without destroying the economy; without the increased opportunity for mass scale corruption and with the provision of quality healthcare.”

While there is no doubt that the current NHI bill is far from perfect, the DA’s response to it is ill-conceived and raises more questions than it answers.

According to the document, the Sizani scheme “would allocate a universal subsidy in respect of every eligible person in South Africa, irrespective of whether or not they are covered by the public or private health systems.”

Is this fixed a sum for every eligible person —  South African citizens and documented immigrants — in the country? Has the DA not noticed that some people are more vulnerable to catastrophic health expenditure than others? Shouldn’t the subsidy be apportioned according to need? And what happens when someone’s subsidy runs out?

The document also states that “every person will be able to choose whether to buy public or private sector cover with their subsidy – with rules against opportunistic movement between the two.” But, “the value of the subsidy would be set in relation to an affordable and comprehensive package of services available within the public health system.”

Question 2: Why on earth shouldn’t patients be able to switch between public and private sectors?

Recent evidence from the Health Market Inquiry shows the spiralling costs in the private sector due to an anti-competitive environment, over-prescription, and overly complex approaches to care.

Question 3: Is this, then, a plan under which poor South Africans will have nominal access to private facilities, where they will receive care at an artificially inflated price, use up their subsidy, and then be left without options as a result of a rule which prevents them from switching back to the public sector when they run out of money?

It gets worse. In a table listing the core differences between NHI and the Sizani plan, the document notes that under the NHI “patients need to follow correct “referral pathways” and can’t go directly to a specialist.” But the DA’s document does not clarify how patients would access specialists under the Sizani plan.

Question 4: So, are we to understand that under the Sizani plan patients will be able to go directly to a specialist?

This is a terrible idea. Referral pathways are one of the most important ways to ensure that those who need specialist care get it. If everyone with a rash goes straight to the door of the dermatologist, not only will the queue be round-the-block, but serious cases — for instance, someone with an unusual mole that might be skin cancer — are missed because the specialist’s time is taken up prescribing over-the-counter antifungal cream to kids who got ringworm from playing in the sandpit.

It’s also a huge waste of money because instead of a nurse diagnosing the ringworm in five minutes and suggesting a generic antifungal at a total cost to the health system of less than R50, you will pay R800 or more for 15 minutes with the dermatologist. This is bad for everyone, including the kid with ringworm, the person with the mole, the dermatologist, and the South African population whose health budget got wasted.

Contrary to the NHI, under which health care prices would be negotiated by the NHI Fund, under the Sizani plan “the nature, quality and price of every service provided by health facilities in the public and private sectors” would be made transparent, thereby reducing costs through competition between public and private providers.

Question 5: How is competition between public and private sectors going to work when patients are forbidden from switching between the two sectors?

In addition, collecting and distributing information on the “nature, quality and price” of all health services in the country would require that public and private providers adopted a standardised mechanism of assessing quality of care, and that this data was easily navigable by the general public. While such an information system may be #goals, any health economist (or just a quick Google search) will tell you that competition is not an efficient mechanism for controlling costs in health care.

Because ordinary people, facing themselves or their loved ones in pain or dying, and with a limited understanding of the complexities of medicine, rarely behave like rational economic actors. That’s why we need our policy-makers to actively regulate our healthcare providers and negotiate fair prices on our behalf.

Question 6: Does the DA have any argument, be it ideological, economic or pragmatic, for leaving sick South Africans vulnerable to the forces of the market for healthcare, one of the most complex and inequitable markets in any economy?

We already know that the lack of accurate data on quality and costs is only one of a myriad of structural factors that undermine market competition in the private sector. The HMI report found that medical aid premiums are increasingly unaffordable as a result of over-servicing, supplier-induced demand, and prices that are “quasi-fixed” and “non-competitive”.

Question 7: Is there any plan to contain prices in the private sector or ensure affordability of medical aid membership?

The answer to this is “kind of”. In addition to the #goals health information system referenced above, the document states that the plan will “reform the medical schemes so that they compete on the cost and quality of the health services they cover, rather than on the risk groups they target.”

This is great, but the document doesn’t give much information as to how.

Medical aid schemes are not-for-profit entities, but they struggle to compete on cost and quality because a number of factors outside their control contribute to high costs of care in the private sector. These include the 2004 Competition Commission ruling against setting tariffs in the private sector, the list of prescribed minimum benefits that medical aids are required to cover (allowing providers to charge whatever they want for these services), and the fact that three hospital groups have 90% of the market share for private health facilities — a for-profit oligopoly of healthcare.

Question 8: Any thoughts on what to do about this oligopoly in private hospitals, DA? Is it maybe worth considering since market competition is so central to the Sizani plan?

Then there’s the financing of Sizani Universal Healthcare. A key element of the Sizani plan is that the health system will be reformed “within its current resource envelope”, which, according to the DA is “an accumulative budget of over R222 billion across all departments and its entities.”

Presumably, if this plan came into effect, the DA would have won a national election and have the power to determine the budget for health.

Question 9: Does the DA really think that this is a sufficient health budget for the 58 million people in the country? Or is this an attempt to appease those who are against cross-subsidisation from the healthy rich to the sick poor?

This sum is lower than the 15% of general government expenditure recommended by the 2001 Abuja Declaration (where African Union member states committed to this), lower than the global average, and lower than most other upper-middle-income countries.

The only additional revenue available under the Sizani plan would be from revoking the tax rebate currently afforded to private medical aid members, to the tune of R27 billion, and diverting those funds into the public health system.

However, the document states that R11 billion of this amount will be funnelled into medical aid schemes, with R9 billion used to subsidise the premiums of medical aid members. And R10 billion will go to the national strategic resource allocation scheme — the fund from which the universal subsidies are paid to medical aid members and non-members alike.

Question 10: Does this sound like an act of health justice to you, DA? Why does it seem like you are more concerned with privatisation of the health system and access to specialist medicine than guaranteeing access to good quality primary health care for all people in South Africa? And do you think this plan will address the massively unequal and unaffordable distribution of resources between the private and public sectors?

Seriously, though. We don’t deny that the NHI as it stands comes with major risks, has a number of distressing gaps, and the ANC’s track record for safeguarding public money is far from perfect. But, it is not a plan cooked up by the ANC to make us suffer “dire consequences”, or to line the pockets of the political elite.

The idea of a universal health system for South Africa goes back almost 100 years when its first proposal was thwarted by the Smuts government and later the National Party. The concept was revived and reformed during the transition to democracy, precisely because of a belief that a universal, equitable health system is a crucial component of righting the wrongs of apartheid and building a just and cohesive South Africa. The NHI is, at the very least, a good-faith effort to redress the stark inequalities that are perpetuated by the public-private divide.

The Sizani plan, on the other hand, is a trojan horse. It is a policy outline designed to appease medical aid members and private sector actors, which, if implemented, would funnel public money into private hands, increase health inequality, impoverish many, and leave even those privileged enough to afford medical aid at the hands of inequitable market forces.

In the context of the raging debate around the latest NHI Bill, we should remain vigilant of the considerable risk that NHI slips down the same slippery slope to over-privatisation of our public health care system. It is imperative that all those with political sway engage in good-faith efforts to develop policy that promotes healthcare as a constitutionally guaranteed right, rather than a profit-making commodity.

Eleanor Whyle is a PhD candidate studying the socio-political evolution of NHI policy in South Africa at the Health Policy and Systems Division, University of Cape Town.

Manya van Ryneveld is a health systems researcher with training in social anthropology at the School of Public Health, University of the Western Cape.