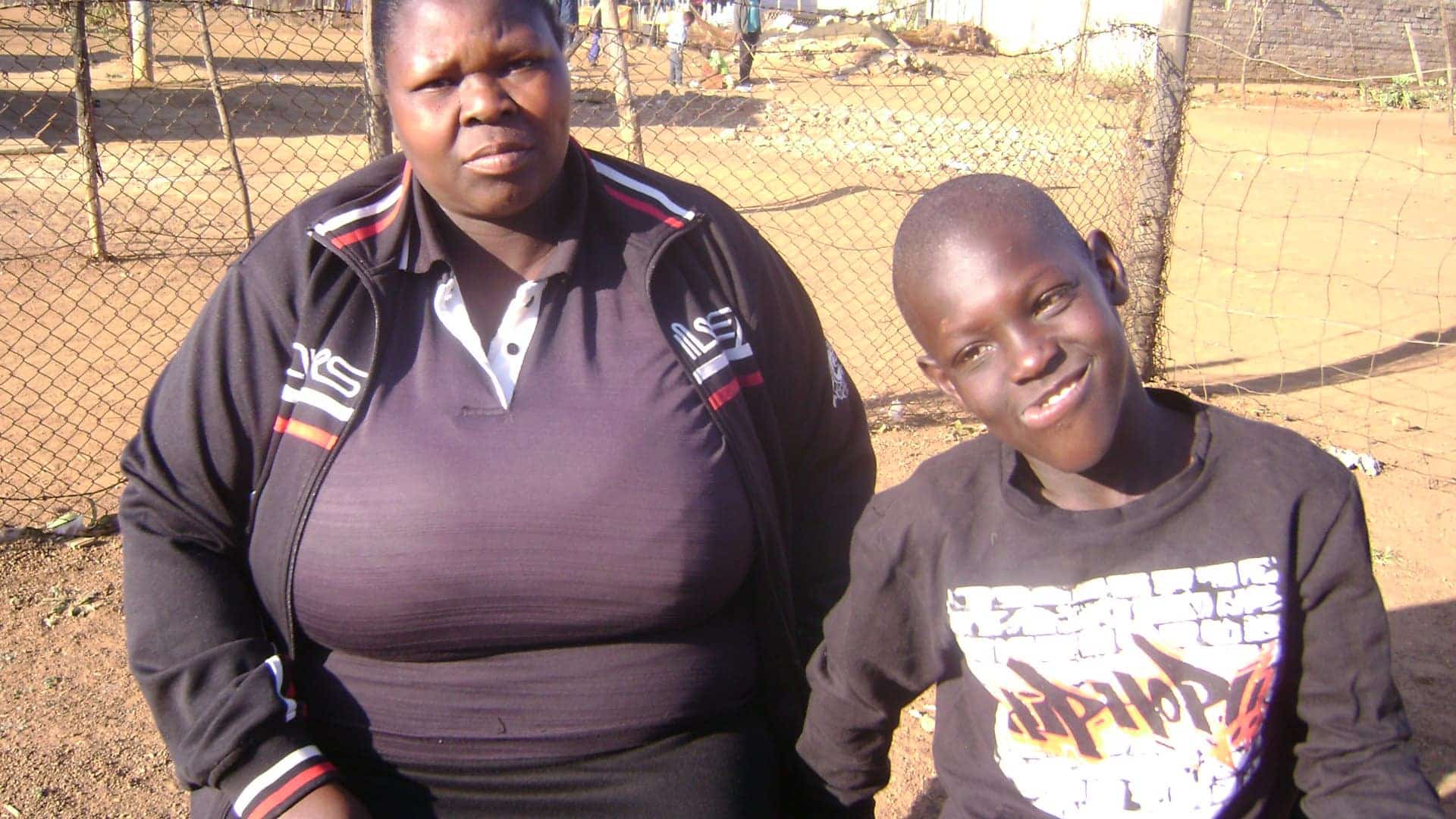 It’s Tuesday afternoon on a dusty street of Kanana Park near Orange Farm in Gauteng. Fistos plays with other children until his mother calls him. Fistos doesn’t miss any communication with his mom, Cynthia Cutshwa (38). They understand each other.

Too few schools for disabled kids

Fistos was born with Cerebral Palsy, a neurological disorder that affects his movement, motor skills, and muscle tone. Cutshwa has made peace with her son’s condition but one thing that bothers her most is the lack of access to a suitable school for him. He has never been to school and he is now 12 years old.

“He loves education with all his heart. Every time he sees other kids in uniform, going or coming from school, he asks why he can’t he go to school like other kids. Why is he different from other kids? These are his questions. This really breaks my heart. I don’t know where to start teaching him at home. He is very lonely during the day,” said Cutshwa, an unemployed single mother of two, who survives on the child grant and by selling bunny chows.

Cutshwa says Fistos has grasped basic numeracy and could do much better if he went to school.

Her story is the same as other mothers of disabled children in the area. They have expressed similar pain in seeing their children growing without ever experiencing formal education. Every time they try to place their kids in schools, educational officials tell them there is no space and they are put on a waiting list.

Sinethemba Mchunu lives several blocks away from Cutshwa’s house. She is 32 years old and both her boys, Kwanele (5) and Xolani (7), were born with Cerebral Palsy. She puts them on a sofa trying to play with them but suddenly bursts into tears.  Mchunu is also struggling to get her kids to school. Her former husband abused her and kicked her and the boys out of the house. She has sought refuge at her mother’s place. “I’m suffering a double blow. I’m always angry and wanting to kill myself. I cry a lot,” she says, adding that some neighbours don’t understand her situation and mock her.  She says Kwanele is able to talk and the school would help him a great deal. She is also unemployed and says she can’t do anything except look after her kids.

Gauteng Education Department said the demand for special schools in Orange Farm is high – and while learners are on the waiting list the health or social welfare departments should provide them with interim support.

“It is important to note that all learners with high support needs should receive support in a special school with the appropriate curriculum and support services,” said Steve Mabona, spokesperson for the department.

He added that being on the waiting list depended on issues such as the type of support required, an area where parents live, availability of hostels and availability of space in schools.

“It is not ideal for any learner to be on a waiting list indefinitely. In Gauteng we fast-track all placements to be concluded as soon as possible, but definitely within 12 months,” Mabona said. – Health-e News.