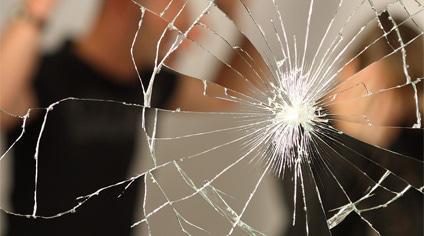 Children learn violence from a young age, often within their homes, so to create a more peaceful South Africa, experts warn that care-givers must stop spanking kids.

“Although harsher forms of physical punishment are more strongly associated with negative outcomes, even ‘mild’ forms of physical punishment such as spanking can lead to increases in child aggression, delinquent and antisocial behaviour, and can have negative effects on child mental health,” said Stefanie Rohrs from the University of Cape Town (UCT) and co-author of the 13th South African Child Gauge.

At the launch of the annual review on Tuesday in Johannesburg, Sonke Gender Justice’s Wessel van den Berg said that “the normalisation of corporal punishment is a big problem in South Africa”.

While spanking is illegal in South Africa, it still occurs regularly alongside other forms of violence in the lives of the country’s children. This is according to the Child Gauge which was published by UCT’s Children Institute in partnership with Wits University and others.

The review noted that corporal punishment does not exist in a vacuum and is strongly associated with intimate partner violence and gender-based violence.

The “magnitude” of violence against South African children differs from study to study, but the authors noted that “all estimates show that violence is widespread”.

A February study found that virtually every single child surveyed in Soweto – 99 percent – have been exposed to “extreme forms of violence”. Published in the South African Medical Journal, the research found that experiencing such high levels of violence at a young age can lead to a range of problems including poor mental health and problems at school.

But the issue does not only affect individuals; children who are exposed to violence are more likely to mature into violent adults.

Experts warned that gender inequality, income inequality and poverty are all drivers of violence within families and need to be addressed as a matter of urgency.

The Child Gauge noted the development of the Child Care and Protection Policy in December 2017, which is scheduled to be presented to Cabinet for approval later this year.

This policy “recognises that many at-risk children are trapped in an intergenerational cycle” of violence and other risks, “and that government is currently not providing the developmental services necessary to address the risks and break the cycle” wrote the Child Gauge authors.

But the policy recommends that criminal prosecution of parents who make use of corporal punishment be a last resort. Care-givers should instead be given access to “parenting programmes, which should promote positive discipline”.

Said Van den Berg: “The normalisation of non-violent parenting will go a long way in reducing the amount of violence we see [in South Africa].” – Health-e News.

An edited version of this story was published by The Star