Millions of condoms pile up at the Department of Health’s Red Ribbon warehouse as there seems to be no budget to pay couriers.

From this central repository booklets, posters, leaflets and condoms are sent to provincial departments, districts, hospitals and clinics, public and private companies, NGOs, churches, mines, schools and universities. It is a critical cog in the Department of Health’s communication machinery – and integral to getting health messages out.

According to documents obtained by Spotlight through a request in terms of the Protection of Access to Information Act (PAIA), Sadmon cleared out the RRRC warehouse of “expired” goods in February 2016. These include old Khomanani collateral, overruns, and incorrectly printed material – some of which would have been produced on their watch when they were part of the consortium running the Khomanani campaign. Most, if not all,  of these materials would have been paid for with public funds. The following materials were cleared out:

When asked about this clear-out, Sadmon CEO Cyril Sadiki appears to contradict the documentation, claiming that “it is incorrect that there are any materials that were ever discarded”.

“All remaining Khomanani branded materials are subject of loss control management by the NDoH. Some of these materials contained content that required updating e.g. treatment protocol etc. Some materials, which are still relevant in terms of content, are still in use with the Phila and other sub-campaigns,” Sadiki said. 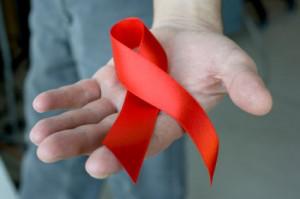 While the February 2016 clear-out raises red flags, a deeper dive into Sadmon’s deliverable reports reveals a faltering operation consistently hamstrung by lack of stock (or wrong stock), and no courier capacity to ship out ordered material. It also shows an extraordinary unresponsiveness from the Department of Health to concerns raised by Sadmon on a continuous basis.

Based on reports submitted to the Department of Health by Sadmon (accessed by Spotlight through a PAIA request) we have compiled a 12-month birds-eye view of activities at the RRRC. While the RRRC is in some respects functional, there are also remarkably persistent issues.

Stock control is an on-going issue at the warehouse.

Sadmon says the warehouse is running out of space. Despite “end-users” having made it “repeatedly” clear they don’t like Choice condoms, this brand was now clogging up 730 m2 of warehouse space. “Choice condoms are coming through every week. The warehouse now has more than 34.6 million, and they don’t move,” the report states.

The courier service for dispatching deliveries appears to have been stopped. “This is a serious issue, as we are picking orders that are still not going out because organisations don’t have the transport for collection.”

The courier issue remains unresolved. “Some organisations call only to ask whether we still provide a courier service, and if not, they do not place an order as they are not going to manage the courier funds.”

“The challenge of material scarcity does not only affect the RRRC and the warehouse, but it is a challenge for our clients… we keep promising the client time and time again”.

Choice condoms keep flooding into the warehouse. The inventory now stands at 92 million with only 546 800 distributed.

On the upside, Sadmon reports that it successfully dispatched material from the warehouse to Durban for the AIDS conference.

RRRC and warehouse activities are “on the decline” due to the absence of IEC material and courier service.

The report states, “few organisations have called the RRRC with a hope that they could receive IEC material. The rate of calls has reduced due to a lack of IEC. However, globally, there is also a negative change in distribution because of lack of transport. The reality, unfortunately, is that the gap between RRRC and clients is quite wide.

There is no capacity to “move material in general and condoms in particular”.

Another 10.23 million Choice condoms have flooded into the warehouse. While they managed to distribute 3.9 million condoms, the closing stock is still 6.5 million higher than it was at the beginning of the month. Condoms now occupy more than 11 000 square meters.

New stock of the more popular Max condoms have arrived, but the report states that Choice condoms are moving at a “snail’s pace”.

The warehouse manages to circumvent the courier problem by dispatching “tons” of condoms to various provinces using the Society for Family Health. Mpumalanga makes its transport arrangements for a 10.5 million condom order. There are more than 87 million – mainly Choice condoms “taking up a lot of warehouse space”.

The lack of IEC material rears its ugly head again. The report flags the lack of stock against the background of “high” call volumes in preparation for World AIDS Day.

The lack of IEC material takes on a new urgency with World AIDS Day fast approaching.

There is an exasperation to the tone of the report: “The RRRC is facing a challenge by promising the customer time and again that they shouldn’t give up calling as we are busy preparing the new material.”

There is some success in dealing with the condom glut. With the Department having authorised some courier deliveries they can dispatch just over 51 000 condoms – 32 million of these are the much-maligned Choice latex condoms.

The report makes the explicit point that on the 31st of October there were  “no Max condoms’ in stock” and requests an urgent review of IEC material for reprinting.

Despite the recent stock woes, November somehow turns into a “very busy” time. The report refers to the “tireless” work done by staff in preparation for World AIDS Day. Casual staff were brought in to augment the regular staff component at the warehouse to handle the workload.

“The RRRC received a few calls, and a huge number of clients came to collect their orders. The team was in charge of everything that happened when clients walked through the door.  We had to maintain a clean, organised space, file a range of paperwork, answer phones, and make sure the clients were not kept waiting. Many times initial impressions were the most important to keep clients coming back,” the report states.

It is not clear what lies behind the increased workload. The activity log does not suggest an extraordinary spike – 29 telephone calls and 31 orders are reflected. There is a reference to “several” collections and deliveries for which material had to be picked and packed – presumably branding and collateral or events, although there are only four listed for the month.

There is good news on the stock front however with 9.72 million Max condoms received.

As the festive season approaches, a “large number” of Max condoms are received, packed and distributed to various sites as per orders received

The report states that no condoms were ordered or distributed after World AIDS Day.

Packed orders cannot be sent out due to the unresolved courier problem.

The issue of low stock is flagged again. In August it seemed as if the “design of IEC material and Z-cards” was about to happen, but four months down the line, this seems not to have materialised.

On a positive note, the warehouse seems to have found a taker for some of the languishing Choice condoms with 12.450 million destined for the City of Cape Town and district.

There is an uptick in activity. A consignment of new posters, fact sheets and FAQ’s for the HPV vaccination campaign are delivered, as well as a new batch of sex training kits and Z-cards for the Family Planning Dual Protection campaign. The latter is for combating HIV, STI’s and unplanned pregnancy. Twenty-three thousand female condoms and 8,49 million male Max condoms are also received.

The fresh stock leads to an unprecedented 77 orders – the highest for any month to date.

No reporting on RRRC in documents provided to Spotlight.

No reporting on RRRC in documents provided to Spotlight.

The report states that “the RRRC warehouse run by Sadmon is doing well so far” and “extremely busy” with Max condom distribution and the receipt of “new reprints from suppliers”.

The activity log, however, seems to suggest a standard month with 34 calls and 39 orders processed.

The issues of no transport and a lack of material comes up again, yet despite these problems, the warehouse is said to be “running at optimal level”.

Picking and packing collateral for the World AIDS Day and the HEAIDS conferences in Durban are the main activities for the team this month. The report states that “all tasks assigned in June” were executed with “utmost excellence”.

In July we are back to the low stock issues and “low activity” at the warehouse. The call register for July reflects only nine telephone calls and 17 orders due to a lack of condoms and IEC stock.

This is part 3 of a five-part series investigating the Department of Health’s R352 million contract with Sadmon.