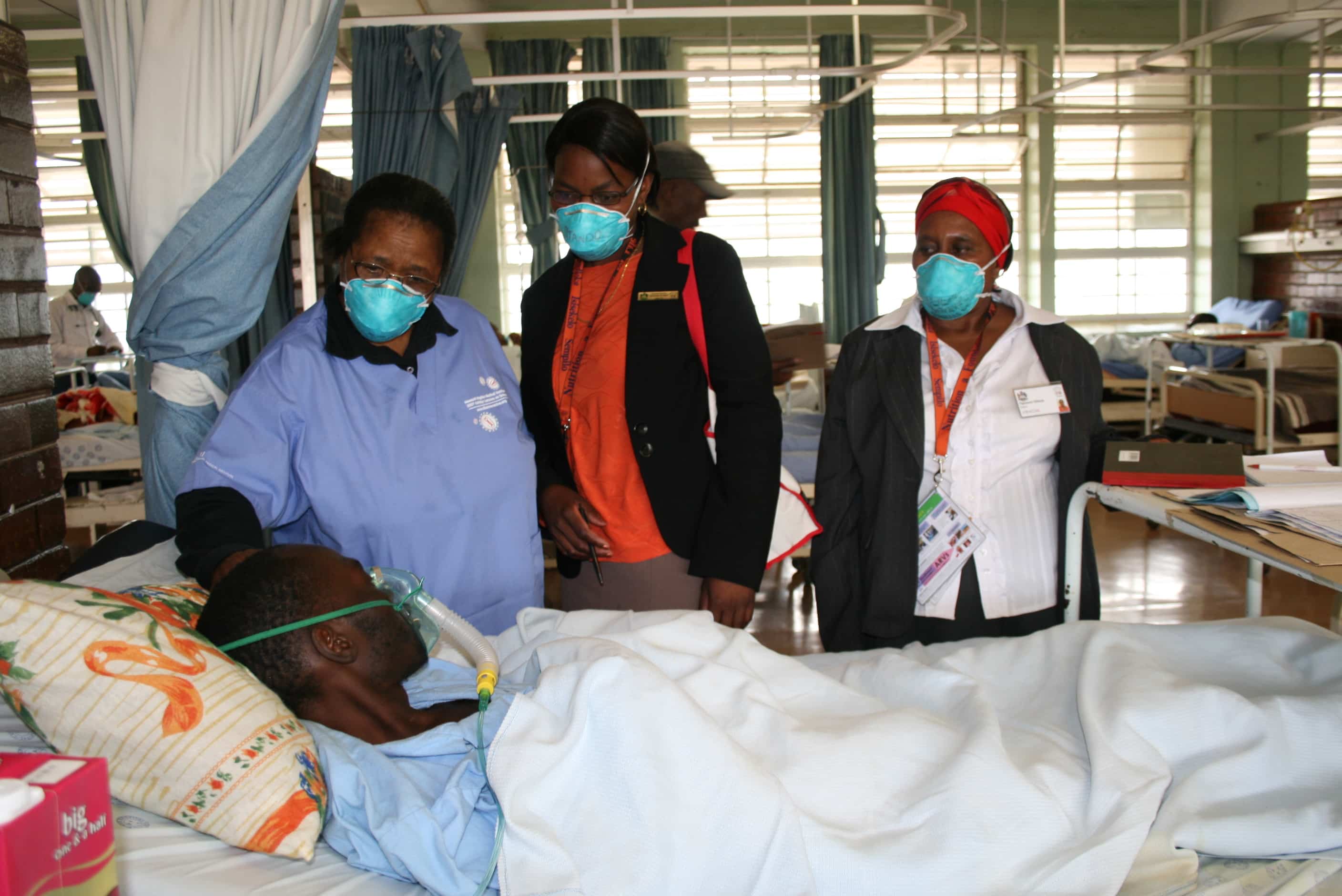 WORLD TB DAY: Although South Africa has the highest per capita burden of drug-resistant TB in the world, there are many barriers to addressing this – as one patient found out when it took doctors two years to diagnose him. 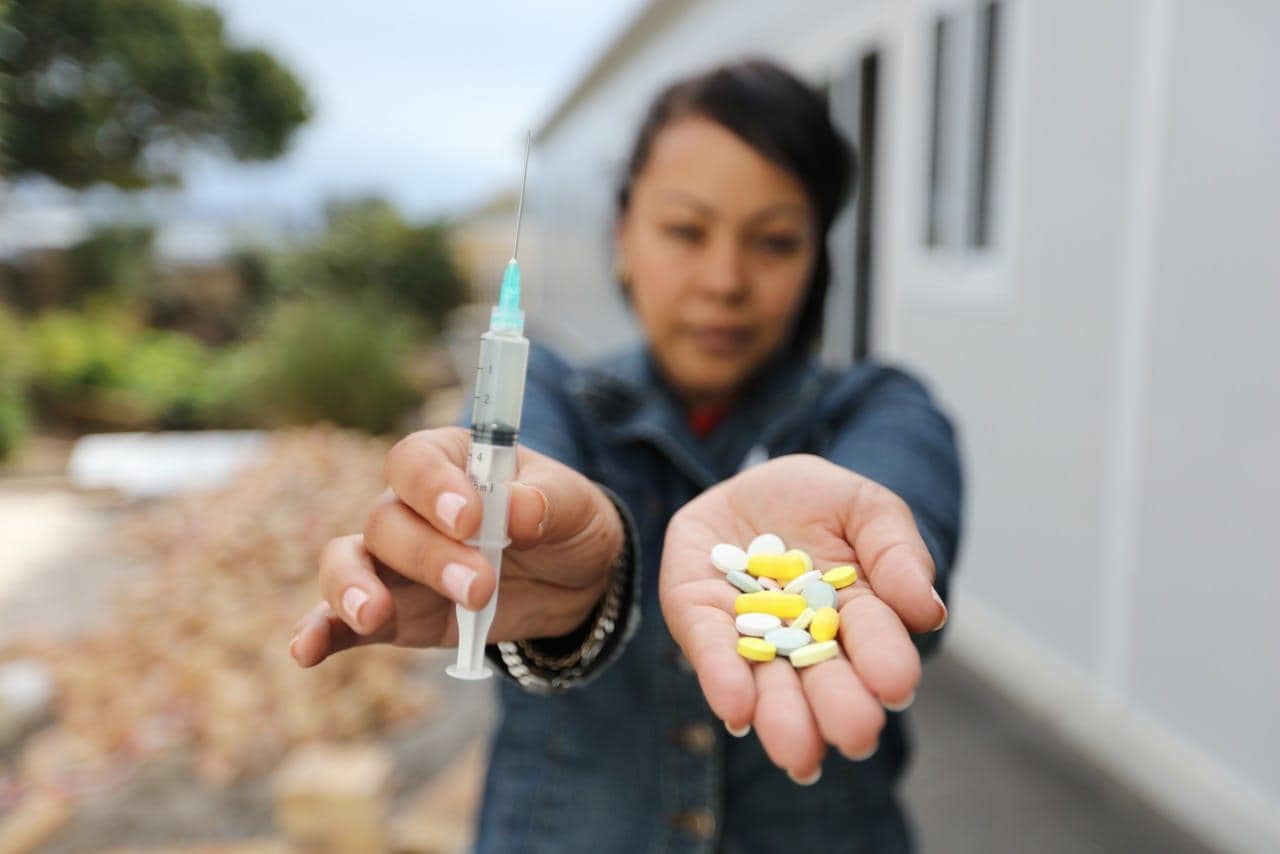 XDR patients have to take a combination of pills and injections to try to cure their TB, often with terrible side effects.

Tshishonge, from Muhuyu village outside Sibasa, was diagnosed with TB in June at Tshilidzini Hospital after a series of tests.

“I was very sick for a long time and went to the local clinic but they couldn’t detect that the cause of my sickness was TB. I was finally referred to Tshilidzini Hospital in June and after several tests it was confirmed that I had TB,” said Tshishonge.

South Africa has the highest number of drug-resistant TB cases per capita in the world, thanks mainly to weaknesses in our TB treatment programme and our massive burden of HIV.

According to the latest South African TB survey, 2·1% of new TB cases and 4·6% of previously treated TB cases are MDR, and almost 5% of these are categorised as extensively drug-resistant (XDR) cases. Compared with 2001–02, the prevalence of resistance to one of the most common TB medicines, rifampicin, has doubled in the 2012–14 survey.

Despite the high burden of MDR TB, Tshishonge said doctors had been confused about what was making him sick.

Tshishonge said residents in the village thought he was HIV-positive because he lost weight and when he informed them he had TB some kept their distance from him in fear that he might pass the TB to them.

“People still lack knowledge on how to support people with TB. I experienced a lot of discrimination from people the moment I disclosed that I had MDR-TB but luckily I had the support of my family,” he said.

Tshishonge was not hospitalised but was worried about the amount of time he had to spend at public health facilities for check-ups and to collect his medication. Once he was told his medication was not available and he had to buy it from a private pharmacy for that month.

Meanwhile, Magdalene Thomas, a community-based care worker, says there is still a lot of stigma attached to TB and this is driving the spread of MDR in communities.

MDR patients are supposed to wear masks in public to prevent the spread of the bacteria.

But Thomas, who works for the Department of Health who in the John Taolo Gaetsewe District in the Northern Cape, said this is very difficult for them.

Thomas said that one day she put on a respiratory mask and stood on the side of the road to try to get into Upington to test how widespread the stigma associated with TB was.

But she waited and waited. Even when a taxi stopped, the other passengers wouldn’t let her get in. She was eventually offered a lift about two hours later.

Thomas said she constantly fights with her MDR TB patients when she sees them without masks but “after my personal experiences I now understand people with MDR-TB’s struggle”.

Maria Moseki, a retired nurse who volunteers as a community-based care worker, says patients who are given masks only wear them during their clinic visits.

“When we visit them we find them without masks and some only put them on when they see us coming. We have a responsibility to educate one another about TB and especially to protect our children from getting TB because babies are more prone to TB infections,” she said.

Meanwhile, some rural TB patients say it is difficult to complete their treatment because of transport problems.

For 76-year-old Makhembe Myezula collecting his TB medication involves waking up hours before sunrise, walking through thick bushes and crossing a gushing stream to get to the clinic.

On treatment-collection day, Myezula, who lives in Mkhumeni Village outside the Eastern Cape town of Flagstaff, kicks his blankets off at 3am to begin his journey to the Flagstaff Clinic so that he can be there at 6am. With his hissing and crackling chest he manages to get to the clinic on time, however there is already a long queue when he gets there.

The former mine worker said he was diagnosed with TB in 2016 after he experienced severe chest pains, night sweats and diarrhea.

“I was diagnosed with tuberculosis, and three months down the line I felt so much better but the medication made me feel nauseous so I decided to stop taking it,” he told Health-e News.

Myezula fell sick again in June last year and was admitted to hospital for two weeks. He started his TB medication again.

Nosipho Mgungwana, 40, of Mhlanga Village had been sick and in hospital before she was diagnosed with TB in August 2018. But she decided not to risk walking to the clinic to collect her medication because women who have walked through the bushes on the way to the clinic have been raped.

“I spend close to R40 on transport to get to Flagstaff Clinic. I finished my TB treatment in February 2019 since then I feel much better and I am able to look after my disabled child,” she said.

Mgungwana said the long queues at the clinic are frustrating and the medication made her feel nauseous and took away her appetite.

But the Department of Health said it is addressing the scarce health services.

The department’s community-based service manager Nonyameko Tibe said they have started a health service point to provide healthcare in the area.

“Due to the high number of people living with HIV/Aids and TB in the area and surrounding locations, we have identified the area for a service point. Health services will be provided to the communities monthly,” she said. – Health-e News