Home » News Articles » Will villages across SA remain without water after elections? 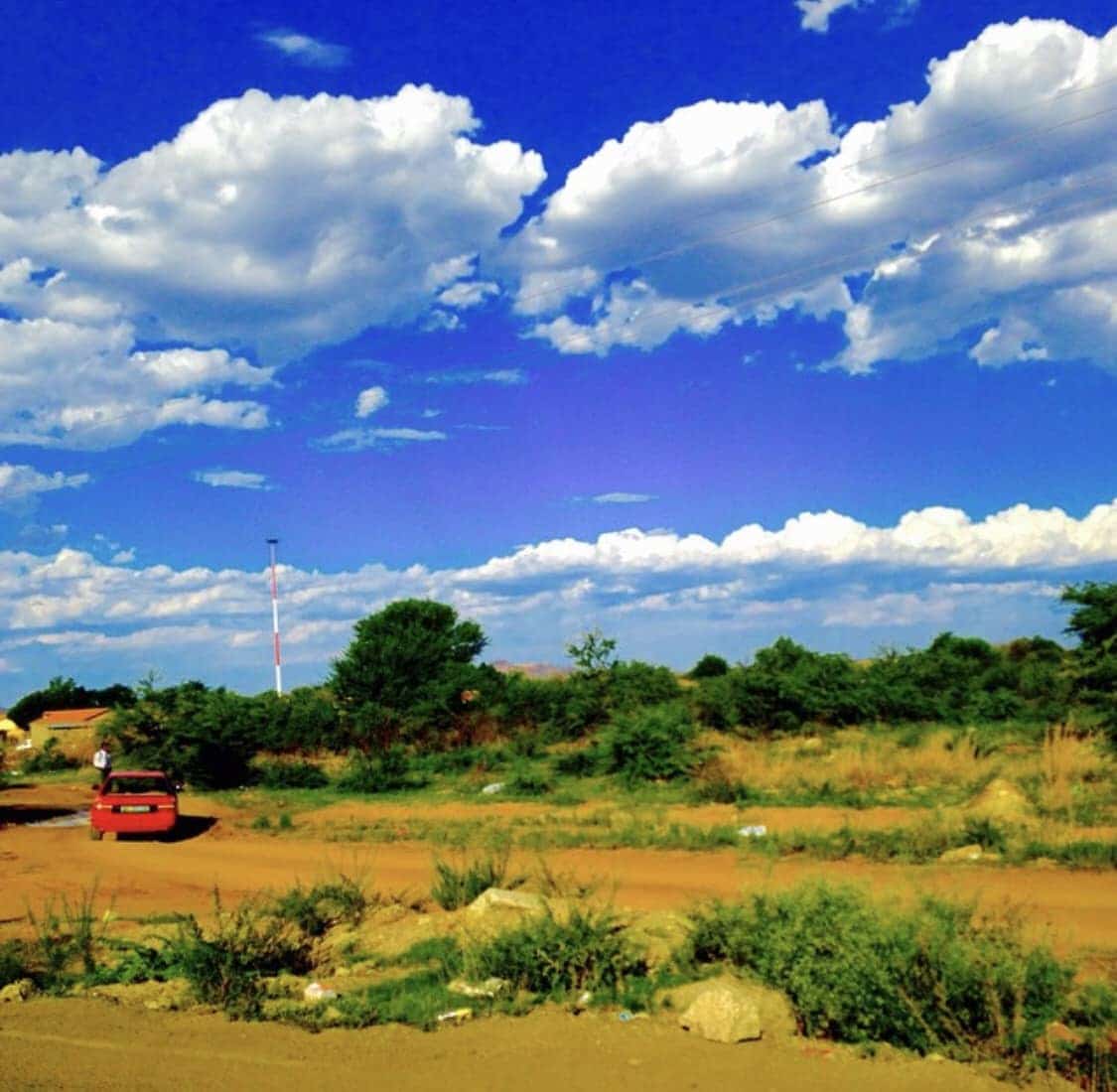 Moruleng Village is surrounded by a luxury resort, a game reserves and mines, but residents still struggle with a consistent, clean supply of water. (Photo Credit: Pontsho Pilane)

South Africans want actual change as the dust of elections settles, but will it come? Especially for those who live far from metropolitan cities where a perpetual state of “Day Zero” has become the norm.

Will villages across SA remain without water after elections?

“There’s no water,” my mother said as I arrived home from Johannesburg. “We haven’t had any for the past two weeks.” These words have become common in my conversations with my parents; we greet one another and then there’s an update about the water situation. This has been our lives for more than a decade, dating back to when I was a teenager still living at home.

I’m from Moruleng, a village about 40km from the luxurious Sun City Resort. We also have lots of mines in the area and the ever-so-popular Pilanesberg National Park. But the abundance that surrounds the villages can hardly be found in the homes of the residents, who often have to ferry barrels and buckets of water on wheelbarrows from one section of the village to another.

Once they’ve won the elections things will go back to normal. They don’t respect us even when we vote for them.

My parents are fortunate to have a JoJo tank and a rain catchment system my father built around our house years ago. The large water storage tanks have become ubiquitous with village life — it’s often the most impoverished who don’t have them.

When we’re not living without water, we’re forced to buy bottled water because when there is water it’s either dirty or too salty to drink. Ready-to-drink purification water shops are some of the most lucrative businesses in our neighbourhood — only those with no money to spare drink the tap water. The cost of clean and safe water is high and unattainable for many. My parents recently inquired about getting borehole water — they were quoted R35,000. Some in our village who have borehole water sell it to those who don’t as a way of making up the money they spent getting it. 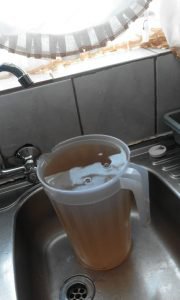 After some days without water, the water in Moruleng is back but it’s very dirty. (Supplied)

I finished high school, graduated from university, started working and became a Gauteng resident, but my parents’ and all of Moruleng’s residents have continued to be without a consistent supply of water. On Saturday, just four days before the 8 May 2019 national elections, I wondered if it’s arrogance and not caring, or simply incompetence that has led to this being a way of life.

Moruleng is located in the Moses Kotane Local Municipality, which is riddled with water cuts. But my mother says we’re better off compared with villages like Mokgalwaneng and Maskiet, where having a tap in your yard is still a rare occurrence.

It’s not just Moruleng and surrounding villages that suffer weeks without water. The ironically named Promised Land informal settlement just outside Kuruman in the Northern Cape has never had access to running water. Residents get water from JoJo tanks that the Ga-Segonyana Local Municipality provides.

But nine of the tanks went missing in March, about two months before the elections. Only those who are at home during the day can benefit from the tanks — those who come back from work in the late afternoon often find the tanks empty.

According to the municipality, the tanks are a temporary water relief measure while they prepare to erect taps with running water. But I wouldn’t hold my breath on these taps ever arriving in Promised Land. 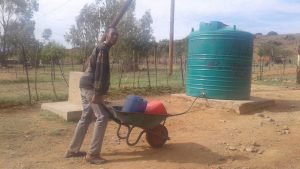 Just as in Moruleng, Promised Land residents have resorted to buying their own JoJo tanks and even buying water from suppliers such as Loeto Loeto, who fills up people’s tanks for a fee.

“Sometimes I have no choice but to give the people water on credit and some, they don’t pay me,” he said. “It’s difficult to say no to a person who is in need of water.”

In the Free State, the farming community of Tweefontein have been embattled in a fight over a single borehole water supply. Two boreholes broke in the past seven years and have never been repaired. Now houses located in the high-lying parts of the Thaba Nchu village are often without water.

Sisi Majela and other residents get their water from a privately owned borehole at their local clinic. Families who rely on farming as a food supply can’t even grow their crops any more and are now forced to buy spinach and other vegetables from those in lower-lying areas with an uninterrupted supply of water.

The provincial water supplier, Bloemwater, brought a water storage tank meant to be filled every week, but Majela says they come after five weeks unless residents call.

As I tweeted my frustrations about my parents’ situation, people from all over the country told stories of taps that have run dry and of dirt-filled water pipes — from Lebowakgomo in Limpopo, Madadeni in KwaZulu-Natal to Makeneng in QwaQwa, water shortages have become the norm. And when there is water, it’s dirty and undrinkable.

The water came back on Sunday as I prepared to make my way back to Johannesburg, but as usual it was dirty. We immediately started to fill the JoJo tank, which is forever on standby for the next time — probably soon — there is no water.

“It’s because we’re voting on Wednesday, they’d never risk their votes,” my mother said. “These people don’t care about us, they care about our votes.”

I called her after voting on Wednesday and she told me the water was still running. It was at the highest pressure it had been at all year, she said.

Was she expecting it to stay like this for long, I asked.

“No, once they’ve won the elections things will go back to normal. They don’t respect us even when we vote for them.”

* The votes in Moruleng, Promised Land and Thaba Nchu were completely counted at the time of filing this story. All three municipalities were won by the ANC.