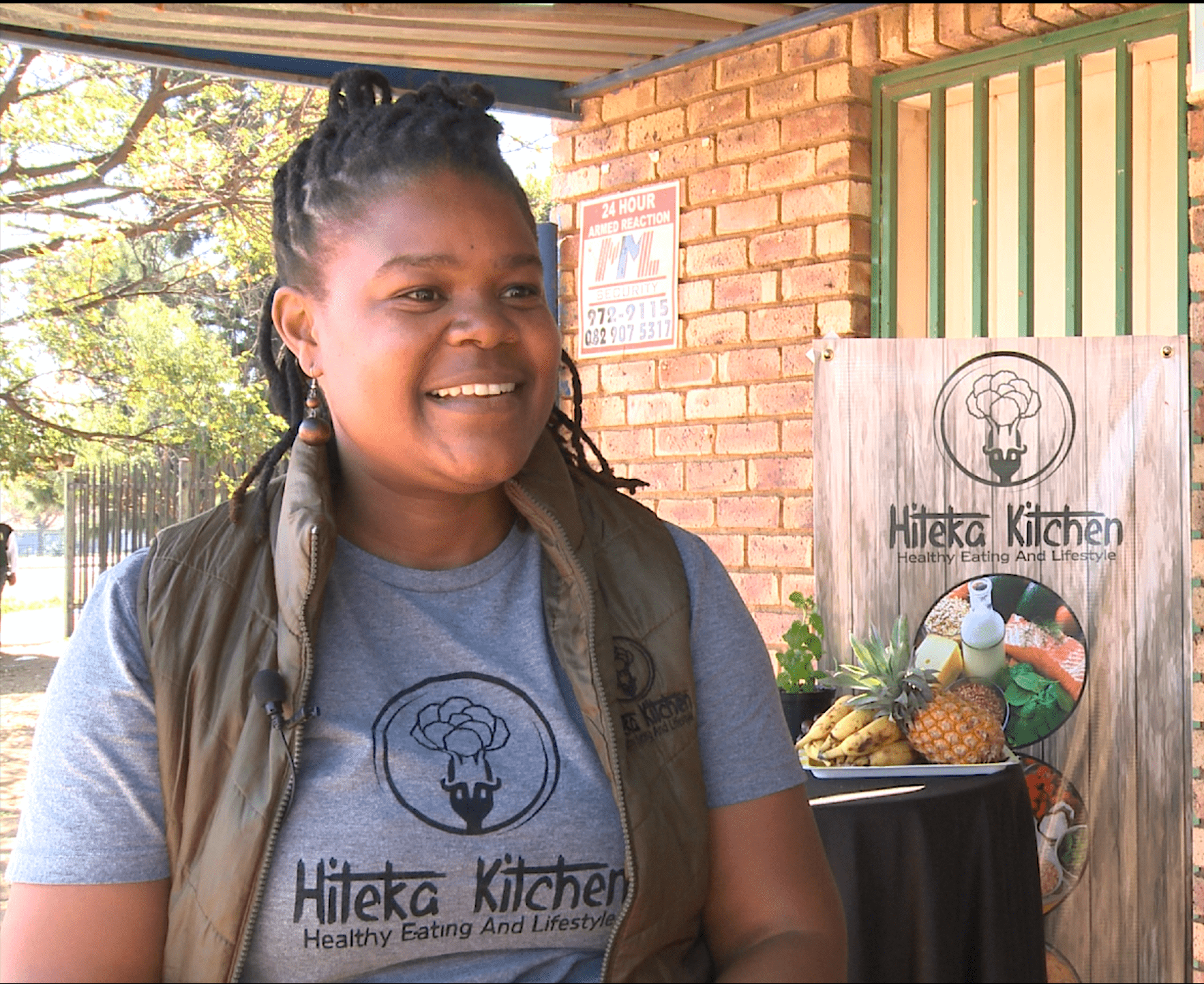 Mother and chef health guru Labani Mgimeti has taken it upon herself to revolutionise a school tuck shop from a den of sodas and junk food to a haven of health food.

Mother, chef and self-proclaimed health food guru Labani Mgimeti, is a woman on a mission.  She has taken it upon herself to revolutionise the lowly school tuck shop from a den of greasy chips, sodas and junk food to a haven of health food.

Mgimeti put her vision into action at her own children’s high school, Norkem Park High School on the East Rand, at the beginning of the year. “I wanted to include healthy eating in the learning environment.  Many of these learners don’t get taught this at home and many don’t have access to healthy food.”

What’s on the menu?

The menu in the tuckshop, called Hiteka Kitchen, now boasts Cajun chicken salads combo for R31, a chicken or beef wrap meal for R26, and fruit cup portions for R3 each. She also sells toasted sandwiches and peanuts as snacks.

“We realised it would be difficult to make radical changes so we are trying to do things incrementally,” said Mgimeti. “We don’t sell chips or sodas but we do sell fruit juices.”  She plans to sell freshly-squeezed juices soon.

James Dlamini, the school’s life orientation teacher, says the initiative has been a resounding success.  “We used to have a lot of problems with learners after lunch breaks – some were sleepy and others were hyper – depending on what they ate.  There’s been a marked improvement in concentration levels in class since the inception of the new tuck shop.”

Mgimeti believes the learners’ improved concentration is because of her food, which is freshly prepared, unprocessed and contains no additives, sugar or preservatives. 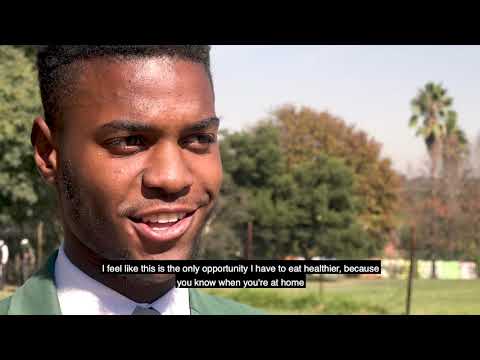 What do the students think?

The learners Health-e News spoke to were enthusiastic about the new food offering.

“I like the new tuck shop. With the old tuck shop we were basically eating chips every day; now there are new things we can try,” said a beaming Neo Ramphele.

“It’s healthier than any tuck shop we’ve ever had,” remarked Kevin Baloyi, a keen soccer player, who said he needed healthy food to fuel his body to ensure he has the energy required on the field.

“I feel like this is the only opportunity I have to eat healthier as we have options of healthy food here which we don’t always have at home.”

Kevin urged more schools to use this model, given the scourge of obesity, so that more learners can learn about healthy eating.

Kwezi Khubheka described the tuck shop as superb and said it took healthy eating to the next level for her and her friends.

The learners were all in agreement that the chargrilled homemade chicken wrap was their favourite meal.

Their only complaint was that they are not used to the smaller portion sizes.

“They are used to eating big quantities and now they have to learn to eat smaller, nutrient-dense portions,” said Dlamini.

The tuck shop hopes to introduce innovation in terms of a cashless system soon.  Mgimeti has chosen to partner with Fundi Pay, a cashless payment system. Parents can load money onto the system for lunches and other school requirements. Learners just have to scan a bracelet at the tuck shop. Parents can rest assured their children are spending money at the healthy tuck shop and not with junk food vendors. They are also less likely to fall victim to theft and pick pocketing.

“It’s also great for those who are on a grant system,” says Mgimeti.  “Instead of bringing their meal slips to buy food and everyone seeing that they don’t have money, their grants are loaded onto the bracelet and they can come shop with pride and not feel ashamed or victimised.”

Dlamini says the school plans on tracking this innovative system.

“We are also including a comprehensive healthy eating educational programme and thereafter we will do an impact study to see what else we can do to improve,” he says, adding that in a few years Mgimeti will have established a lasting legacy at the school. 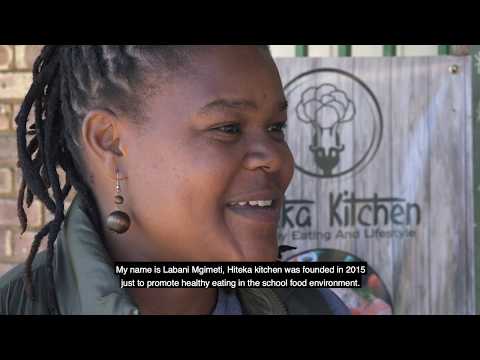 This is critical in a country such as ours where the World Health Organisation’s 2018 report estimates that non-communicable diseases (NCD) like strokes, diabetes and heart attacks account for a staggering 51% of premature deaths. These are all lifestyle diseases linked to obesity and unhealthy eating habits.

“Our core value is that we believe in the individual’s health,” says Mgimeti.  “We’re not here solely as a business.  We want to make food that is healthy, natural and good quality. We don’t want to add to the scourge of NCDs in our communities.”

As Mgimeti flips succulent chicken breasts on the gas burner she says she hopes the learners will become custodians for healthy eating, something they will pass on to family, friends and their own children one day.

“If we can collaborate as we have in Norkem Park with other schools, we can send a message that we should stop marketing unhealthy food to children and that the school environment is meant for learning and shaping healthy young individuals who will be our future leaders.” – Health-e News