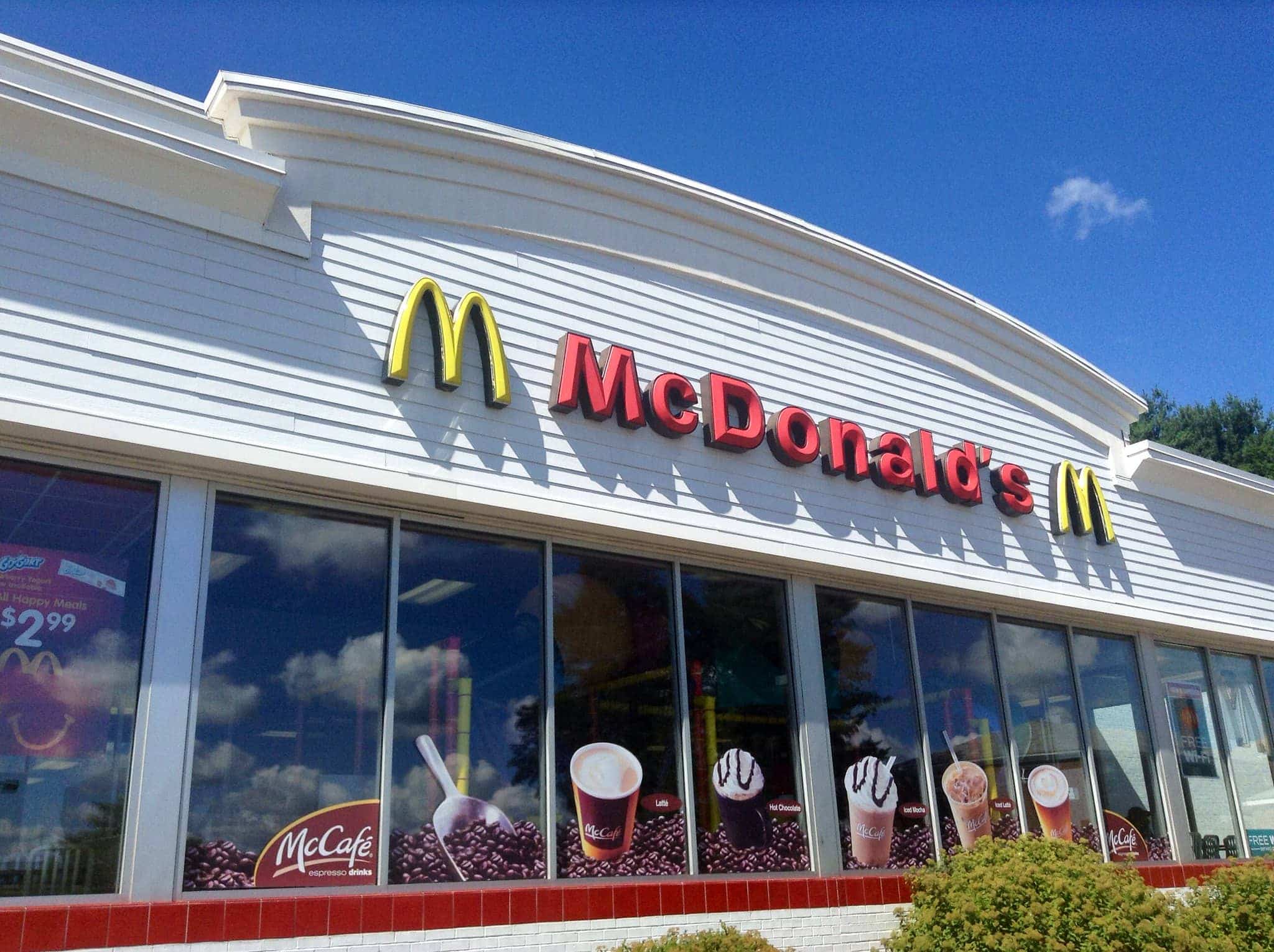 Is offering a book with a ‘happy meal’ at one of South Africa’s 270 McDonald’s outlets another gimmick aimed at getting kids hooked on unhealthy food? Experts say yes.

A book or a toy. That’s the option South African children now get when their parents pay for a Happy Meal at a McDonald’s store. But this is yet another form of advertising to children, according to public health experts and civil society.

“The promotion is the meal, [offering a book] is still a mechanism, although slightly different, to get children or their parents to buy the meal. It’s great that it’s a book, but it’s still buying the energy-dense meal,” UNICEF Nutrition Specialist Dr Alison Feeley explains.

South Africans’ love of food high in sugar, salt and fat is driving an epidemic of obesity and illnesses, and children are extremely vulnerable to advertisements promoting fast food.

The effects of advertising are pretty clear – if you incentivise somebody to buy a product, they’ll buy and consume it

“A study we ran in Soweto found that 50% of schools had Coca-Cola signs in their grounds – and this was five years after they said, ‘We are no longer marketing to children’.”

Feeley says that adults only need to eat one fast food meal a week to increase their body mass index over a period of time.

The McDonald’s campaign, called Happy Meal Readers, gives customers the option to choose between the traditional toy or one of 12 story books written by acclaimed author and illustrator Cressida Cowell. The South African leg of the book programme kicked off in March with a star-studded launch in Sandton City — including celebrities such as Gail Mabalane, Unathi Nkayi and renowned storyteller Gcina Mhlope being in attendance.

The campaign was first launched in Sweden in 2011. According to a media statement from McDonald’s South Africa, the franchise has distributed close to 450 million books globally through this campaign. That means 450 million Happy Meals have been sold to children worldwide.

There is currently no legislation prohibiting advertising to children in South Africa except in the case of breast milk substitutes and complementary foods that the government has prohibited from being marketed to children under the age of three years. This is also in line with World Health Organisation guidelines.

“The effects of advertising are pretty clear – if you incentivise somebody to buy a product, they’ll buy and consume it,” Feeley says.

The South African advertising industry uses a self-regulation system, governed by the independent Advertising Regulatory Board and its code of conduct which states that advertisements shouldn’t mentally, physically or emotionally harm children in any way. Advertisements, the code instructs, should also refrain from exploiting children’s lack of experience and gullibility, and should “not strain their sense of loyalty”.

The Advertising Regulatory Board guidelines also state that advertisements for food and beverage products shouldn’t directly appeal to children 12 years and younger, persuade their parents or others to buy advertised products for them or suggest any negative consequences of not purchasing the product. 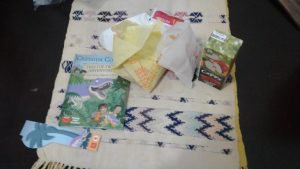 One of the meals from McDonald’s South Africa, accompanied by a book. (Health-e News)

But McDonald’s South Africa doesn’t see its book campaign as a tactic to lure children into consuming its meals.

“The Happy Meals range appeals to the parents as well as the children, by inspiring moments of togetherness for families,” the burger chain argues.

When asked whether it sees this marketing campaign as unethical because it targets children, McDonald’s South Africa says the book campaign “celebrates the joy of reading”. “[It] forms part of our commitment to families and is thoughtfully designed with not just kids but families in mind.”

The Advertising Regulatory Body (ARB) can’t make a decision about whether the campaign is targeted at children until it receives a complaint.

“I can’t comment on whether or not this practice falls foul of the code. I will say, however, that I certainly don’t think it would somehow be worse than offering toys with a Happy Meal,” ARB CEO Gail Schimmel told Health-e News.

The ARB first assesses whether a complaint falls within its jurisdiction and has any “prima facie merit” upon receiving it. “If it does, we send it to the advertiser to respond and then we issue a decision. Our members are bound by the decision, as are the broadcasters. But our mandate is limited to advertising,” Schimmel explains.

The battle against the marketing of fast food to children has sparked debate across the globe and for years public health experts have researched its impact.

Most countries have implemented food industry codes of practice, but children are “ostensibly” targeted by unhealthy food advert on TV, found a 2018 study published in the European Journal of Public Health. Researchers coded advertisements from 20 countries by — amongst other criteria — country, channel and time of broadcast.

They also analysed the use of persuasive marketing techniques (such as promotional characters and premium offers) and assessed the nature of the food product according to the WHO Regional Office for Europe Nutrient Profile Model standards. The study also found that these advertisements often contain persuasive marketing are aired during peak viewing hours for children.

“The effects of advertising are pretty clear. If you incentivise somebody to buy a product, they’ll buy the product and consume it,” Feeley explains.

South Africa is contemplating putting restrictions on marketing to children for food and beverage products but there’s nothing in place as yet, she says.

According to the paper – published in the BMJ Journal in March – the tobacco companies conducted market research studies with children to test new flavours. Although RJ Reynolds and Philip Morris no longer own these sugary drink brands, “the products and marketing campaigns to create brand loyalty at a young age that they created are still being used”.

Healthy Living Alliance Programmes Manager Lawrence Mbalati says that while advertisement of unhealthy food products to children and obesity is prevalent in South Africa, we are still far off the mark in holding the industry accountable.

“The food industry has a legal and ethical obligation to protect underage children from unhealthy product advertising and should face consequences for not abiding by this.”

More fast food in townships than in suburbs

In its response to Health-e News’ query, McDonald’s South Africa says it’s one of the most frequented restaurants in the world.

“[We] recognise the opportunity we have with families and the ways that we can help make a difference through our Happy Meals,” the multinational fast food store adds.

Its reach in South Africa cannot go unnoticed. McDonald’s 275th store in the country is soon to open in Phuthaditjhaba in the Free State, Fin24 reported in March. Almost half (140) of these restaurants were located in Gauteng in 2016, according to 2018 research published in the South African Health Review.

The study also found that the distribution of healthy food outlets is unfairly skewed towards suburban areas in the province. These areas — mostly populated by affluent residents — have the highest number of stores with healthier food options. The inner city of Johannesburg and in black communities also had a high concentration of fast-food outlets.

According to its website, McDonald’s has six outlets in Soweto.

“If you’re bringing in fast food [into townships], it has the potential to displace the optimal, healthy diet and people are going to eat more of this type of food instead of the higher nutrition food which is better for you. It’s also cost-effective, especially if you’re making it in your own home,” Feeley explains.

But the double jeopardy of a dearth of outlets with healthy food options and the avalanche of fast food restaurants in townships and marginalised areas will continue to endanger children because these meals are usually high in fat, salt and sugars and don’t have all the necessary vitamins and minerals required for growth and development.

Mbalati says: “The industry has got off scot-free because of the lack of policies that adequately address and enforce underage food products advertising. We need urgent collective advocacy and lobbying by civil society for policies and regulations that adequately respond to the protection of children from unhealthy food products.”

An edited version of this story was also published in Daily Maverick.