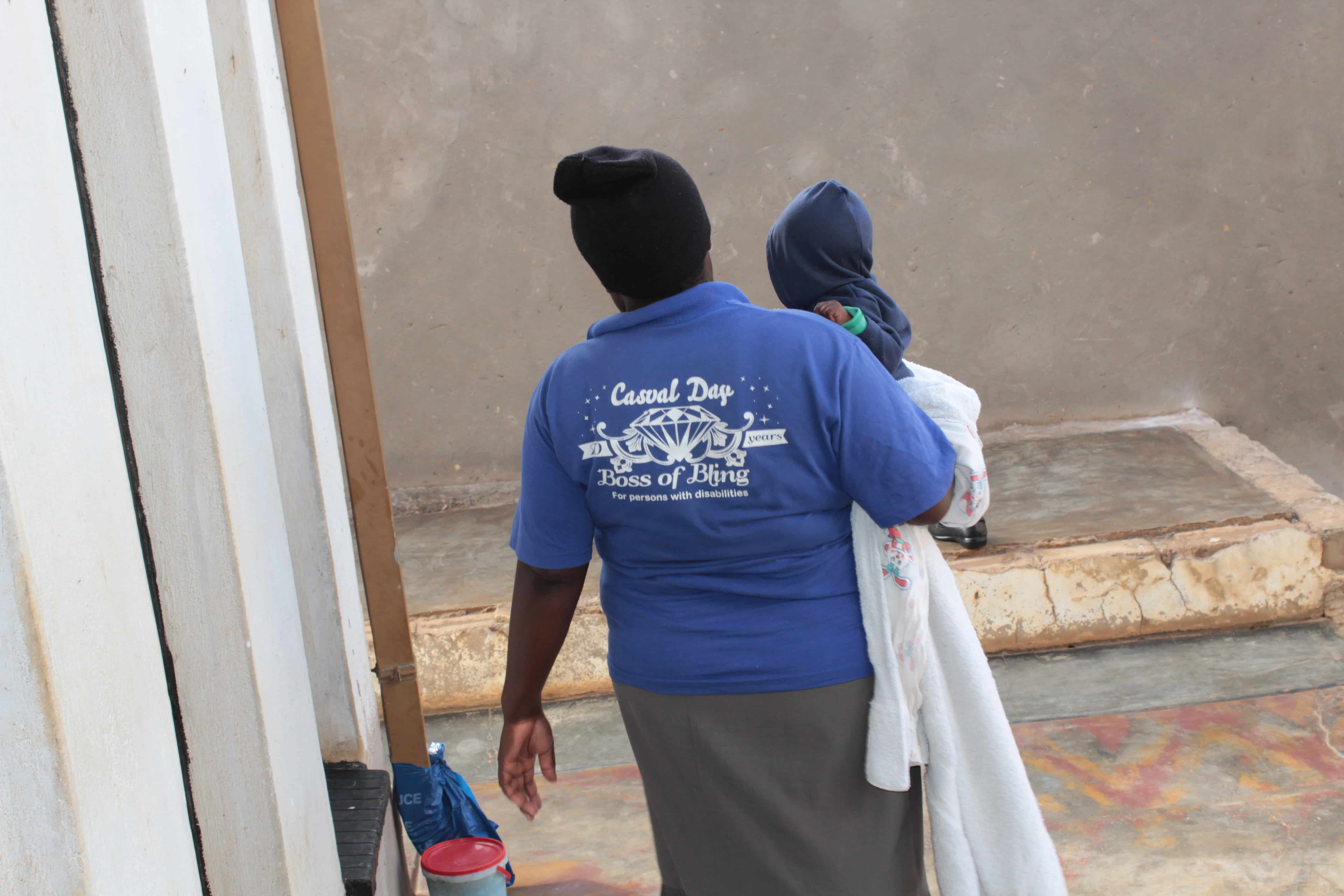 Community Health Workers trained to help stamp out stunting in rural areas in a campaign that seeks to galvanise South Africa towards achieving zero stunting by 2030.

LIMPOPO – Ntovhedzeni Begwa breastfeeds her three-month-old son several times a day because she was told at her clinic that breastfeeding will help her baby to grow. Studies indicate that one in five South African children under the age of five suffers from stunting.

“I am not sure what stunting is all about but I know that breastfeeding is the best medicine for illnesses that can affect a baby,” said Begwa, who lives in Tshikunda village, outside Thohoyandou. “I do not feed my baby solids as I believe breastmilk will help him to grow and be healthy.”

Stunting often occurs in the first 1000 days of a child’s life and research shows that children who are breastfed exclusively for the first six months have a reduced chance of suffering from this condition. According to the South African Demographic and Health Survey, only about a third of children under six months are exclusively breastfed.

Last year the Grow Great Campaign was launched to stamp out stunting. The campaign works with community health workers. Most mothers who come from rural areas return to work or school in other provinces soon after giving birth. They leave their infants in the care of the child’s grandparents, which often means babies are deprived of the benefits of being breastfed and are at greater risk of being stunted.

Some causes of stunting include low exclusive breastfeeding rates, lack of excess to clean water and sanitation, and poor nutrition. Stunted children perform poorly at school and are likely to face a difficult future. Grow Great has more than 370 community health workers (CHW), stationed throughout the country, in its Champions for Children clubs, from which they run breastfeeding groups in their communities.

Duduzile Mkhize, from Grow Great, said the health workers identify pregnant women and children under the age of two in their communities. “We then support the women to register their pregnancies early and to take their medication.”

Community health workers also screen for depression and refer mothers to clinics and check the babies are being taken for clinic visits and their immunisations are up to date.

She added that they are overwhelmed by the reception they have received in communities. “CHWs are loved in the communities, they are viewed as a great source of health information. The information they provide is trusted. Some people view them as community heroes; they often work for free or go beyond the call of duty to assist,” she said.

Lizzy Muobeleni (26), who found a job when her daughter was approaching five months, said she was advised to make sure she breastfed her child before she went to work. “I had to hire a nanny to look after my daughter but I made sure that I breastfed her before I went to work and she is now a healthy two-year-old,” she said. – Health-e News.