Home » News Articles » Tshilidzini Hospital should be an example to others 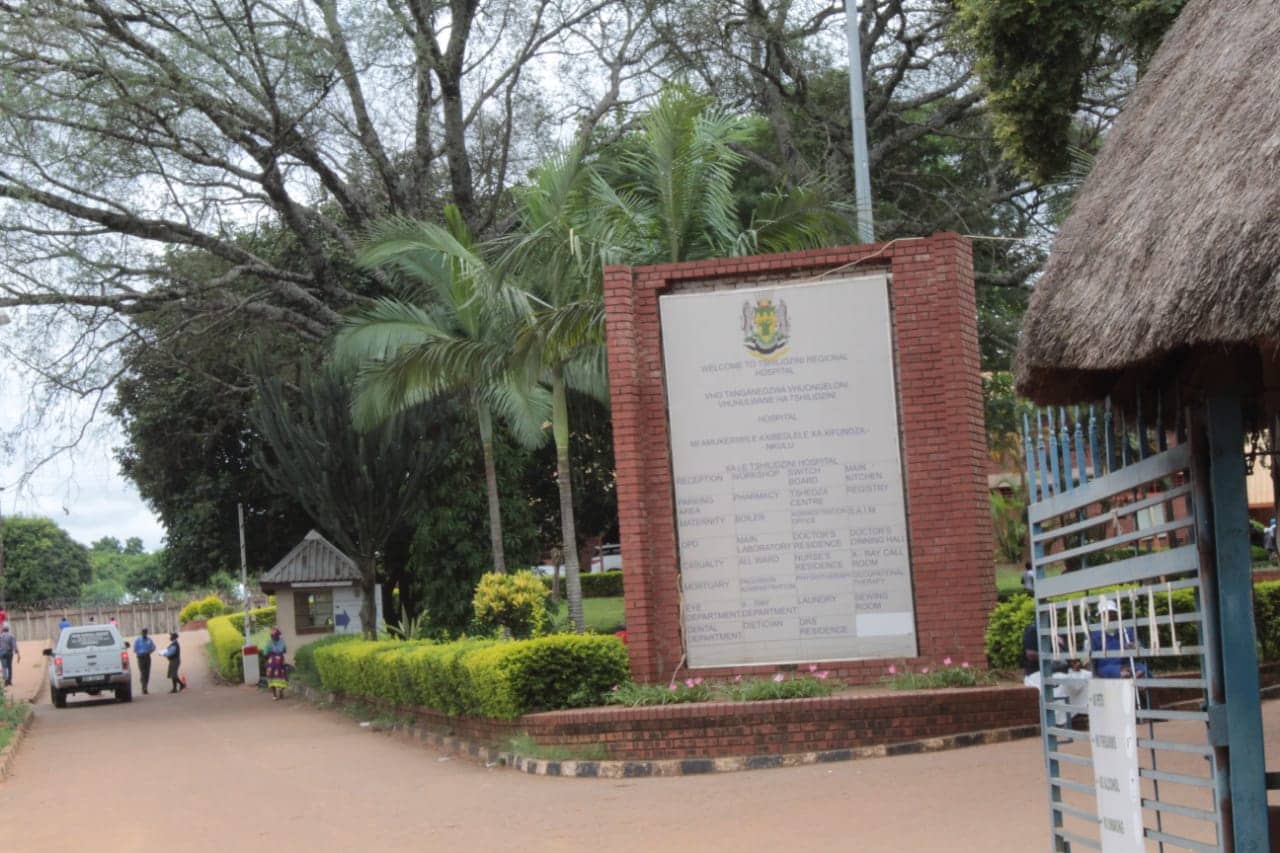 Thohoyandou family unable to visit their loved one at Tshilidzini Hopsital due to Lockdown regulatons. Photo: Ndivhuwo Mukwevho/ Health-e

With a tight deadline of 100 days, the new management team at Tshilidzini Hospital have started to turn the tide from barely working to functional.

Tshilidzini Hospital should be an example to others

Limpopo Health MEC Dr Phophi Ramathuba would like hospitals in the province to emulate what the new management of Tshilidzini Hospital have managed to do. Previously, it had been marred with several problems such as water shortages, a patient backlog with many waiting for surgeries, unclaimed corpses, long queues, and dilapidated buildings.

In February, Ramathuba removed the entire team due to incompetence. She gave the acting management team only 100 days to turn the hospital around.

On Friday, Ramathuba was full of praise for the new team when she visited the hospital.

“Having been given 100 days to turn around the hospital and given the magnitude of the work which had to be done, I am convinced that this is the right team for the job,” she said. “The long queues in the outpatient department (OPD), which had been my headache, seems to have improved and service delivery to the patients. We are on the right track.”

The hospital, situated just outside Thohoyandou in the Vhembe district, serves many patients because it is one of the most easily accessible hospitals in the area.

Ramathuba said that though more work still needs to be done, she was happy with the progress made thus far.

“We had more than 45 unclaimed bodies in the mortuary and the fridges were not working but now all the fridges are working and paupers’ funerals were done. We no longer have unclaimed corpses.

The laundry [room] is now fully functional and is one of the achievements so far. At one stage, we had medicine being stored in the kitchen because the cold room in the pharmacy was not working but now the cold room is working again,” she said.

She added that the hospital didn’t have an X-ray machine. One has been ordered from overseas and a mobile one has been procured to be used in the interim.

“Three theatres were not working including the one in the maternity ward which forced doctors to fight over a single working theatre which resulted in the huge backlog of patients awaiting surgeries,” she said.

When Tshilidzini was declared a National Health Insurance pilot hospital, it was identified as a facility that needed to be demolished and rebuilt. But some of the buildings remain dilapidated. And there is no current plan from the National Department of Health to rebuild it yet.

In the meantime, the new team have taken up renovation work themselves by repairing broken windows and doors and painting some of the buildings. – Health-e News.