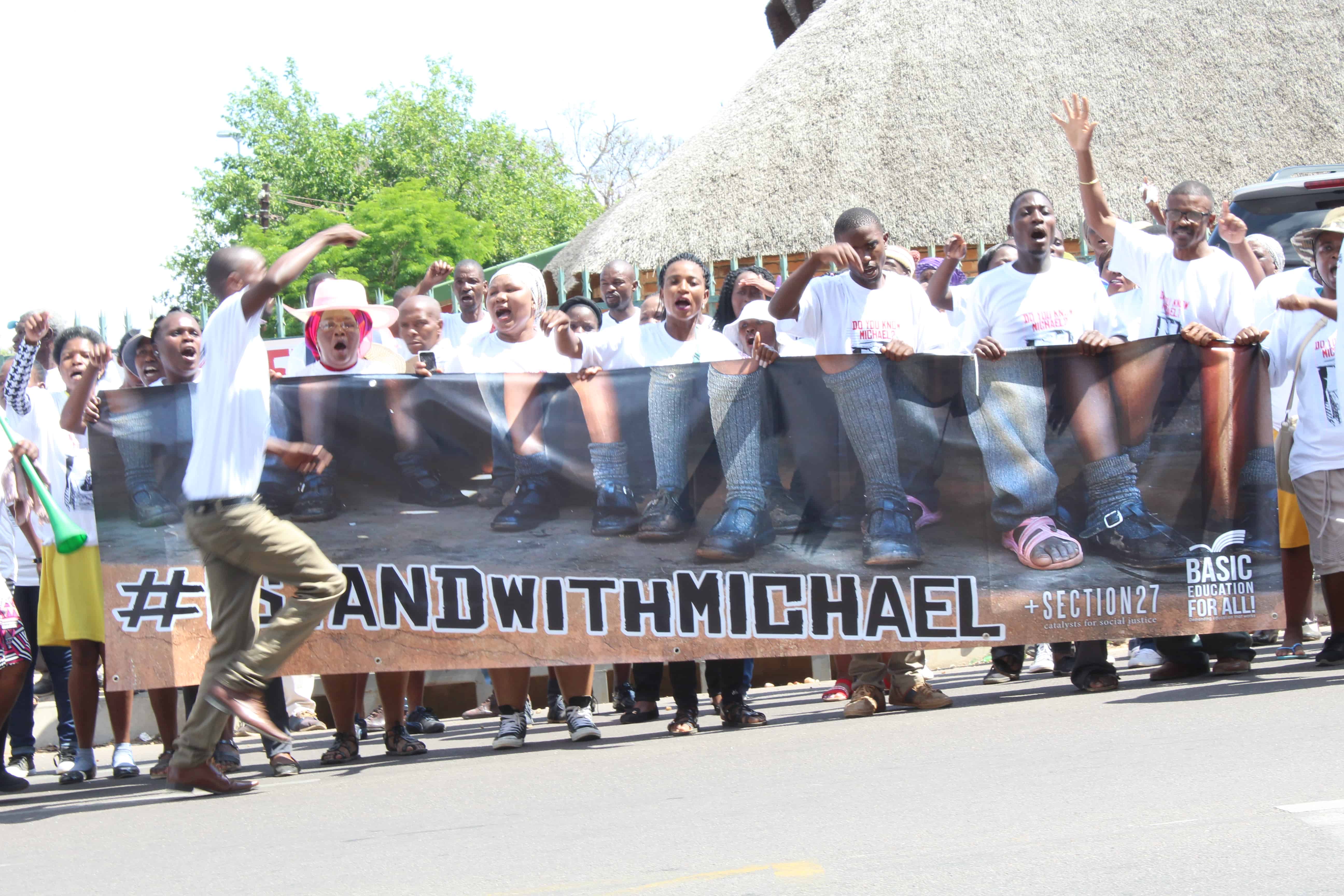 During his fourth day at school, Michael Komape fell and drowned inside a pit toilet. (File photo)

The family is seeking an appeal to find closure and fight for the rights of all learners in South Africa who are still forced to use pit toilets at their schools.

Today, 2nd September 2019, the Komape family will be travelling to the Supreme Court of Appeals in Bloemfontein with the hope that the judgement in the lawsuit they filed against the Department of Basic Education will be reversed.

During his fourth day at school – on the 20th of January 2014 – five-year-old Michael Komape fell and drowned inside a pit toilet at Mahlodumela Lower Primary School in Chebeng village, just outside Polokwane.

Michael’s older sister, Lydia, says the incident that took her brother’s life has deprived the whole family a chance for a normal life.  “This case has dragged on for too long and it has taken its toll on our lives because everywhere we go, people always refer to us as those people who their sibling fell and drowned in a pit toilet. Until this day, most of us are still afraid of using pit toilets, but we have no choice because we live in a village,” she tells Health-e.

In 2018, Judge Gerrit Muller of the Polokwane High Court dismissed the Komape family leave to appeal against his decision to grant them no compensation for the emotional trauma and shock they experienced from Michael’s death. But Muller did grant the family leave to appeal their second claim – R2 million for constitutional damages. “We’re still finding it difficult to move on with our lives so many years after Michael’s death because we’re reminded of the incident almost every single day. Even our parents have not been themselves ever since the incident happened in 2014,” Lydia says.

She says the family doesn’t get support from their local community anymore, because people seem to have grown tired of the case.

“Our neighbours and community are saying that we’re only taking the education department to court to enrich ourselves. But we’re doing this to find closure and fight for the rights of all learners in the country who are still forced to use pit toilets at their schools.” – Health-e News