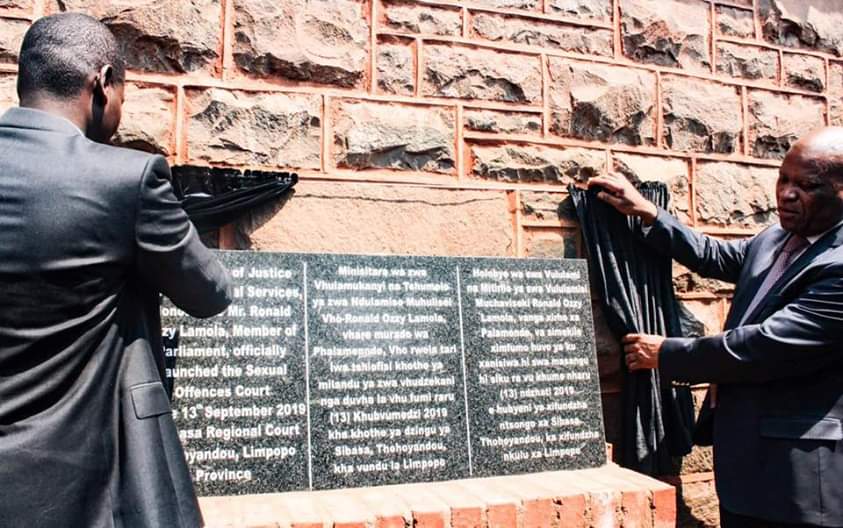 A non-profit organisation is hopeful that the sexual offence court will lead to conviction of perpetrators of sexual violence.

The Thohoyandou Victim Empowerment Programme (TVEP) has welcomed the opening of a sexual offences court in Sibasa in Limpopo with the hope that survivors will finally get justice.

According to the Vhembe based non-profit organisation, they record many cases each month but the conviction rates are low.

A time for change

TVEP spokesperson, Tshilidzi Masikhwa says that in a month they usually record over 40 cases of sexual offences in Vhembe, but many don’t make it court or lead to conviction because it is not treated as a priority by the police and the courts.

He believes that things will now change for the better with the opening of the sexual offences court in the area.

“We have faith that the court will play a huge role in seeing conviction in a number of cases. [With] this specialised court, cases of domestic violence and sexual offenses will take the priority which it deserves,” says Masikhwa.

TVEP provides counselling, advocacy, support, access to medical examinations and anti-retroviral treatment to victims of domestic violence which include sexual offences and rape.

“Because of lack of conviction most victims refrain from reporting cases of sexual offences as they know that it will take years before their case goes to court but we hope that the specialised court will play a huge role in restoring victims’ faith in the justice system. But for us to achieve that each and every person, starting from our police to the prosecutors and judges, have to work together to ensure that perpetrators are locked [up],” adds Masikhwa.

At the opening, Minister of Justice Ronald Lamola says he was shocked about the number of gender-based violence cases in the Vhembe district. “People no longer respect the rule of law and they think that when you commit a crime, the chance of them being convicted is low and that it something which we need to correct,” he says.

Currently South Africa just over 90 specialised sexual offences courts, with 10 more due to open before the end of the year. – Health-e News