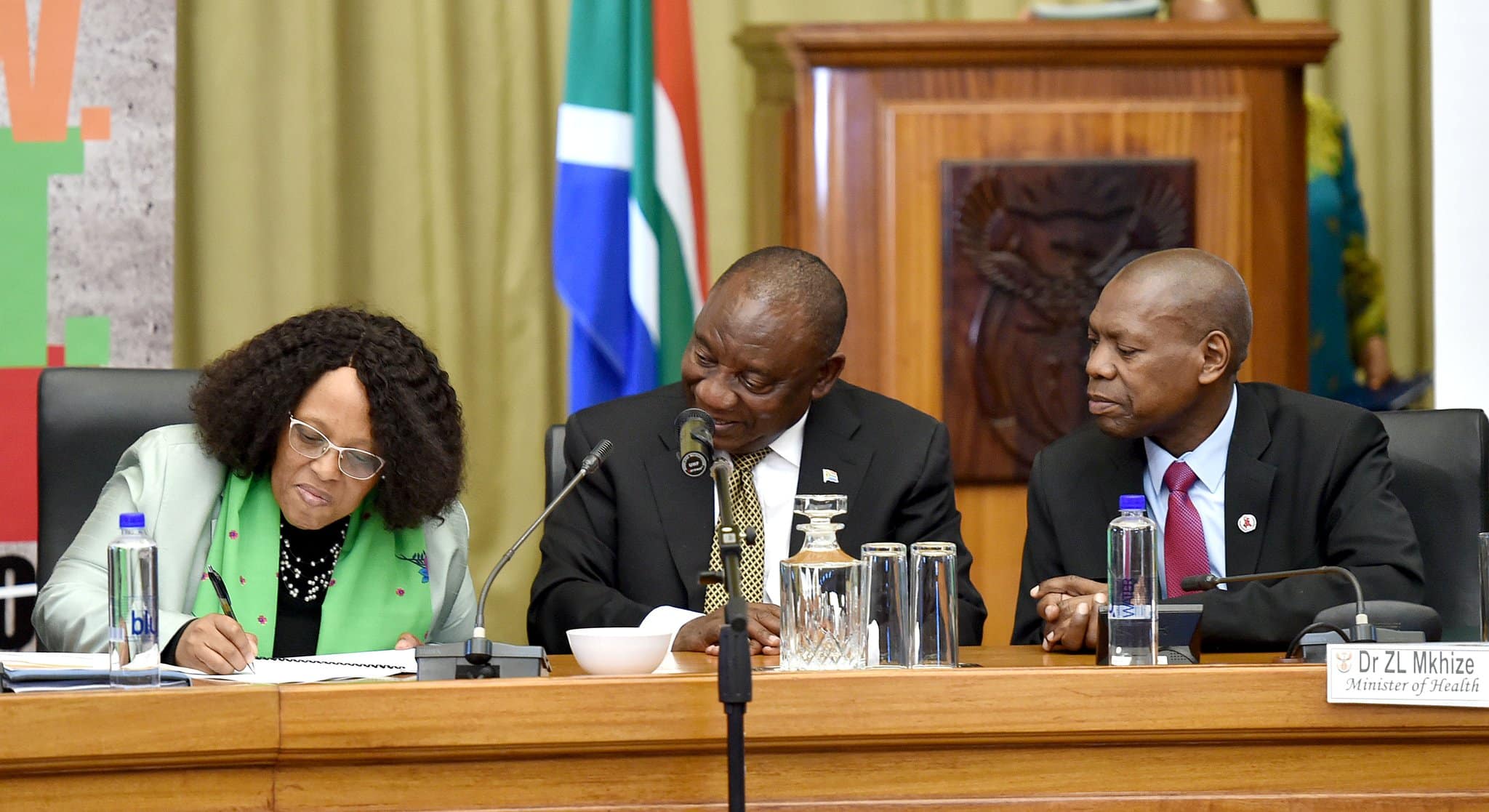 Ramaphosa is hopeful that cleaning up the healthcare system in efforts to protect the NHI Fund will ensure that South Africa reaches universal health coverage.

Ramaphosa says that the main objective of the forum is to uproot fraud and corruption. He describes this move as a way of cleaning up the healthcare system.

Corruption in the health sector kills an estimated 140 000 children a year, found a 2011 study published in the PLoS journal. Additionally, it slows down the fight against HIV and other diseases, according to a report published global anti-corruption organisation Transparency International.

“Unless the most harmful forms of corruption are curbed, universal health coverage is unlikely to be achieved… Corruption significantly weakens overall health system performance and has been found by multiple studies to have a significant negative impact on important health outcomes,” the report states.

“This is one of the critical steps that the government is taking to transform the healthcare system and to rid it of not only the inefficiencies of the past but also of corruption.”

According to Ramaphosa, the health department has been vulnerable to fraud because it gets one of the biggest slices of the country’s budget allocation. “Healthcare makes the third largest expenditure in our national budget. But there is a disconnect between how much we are spending and the outcomes of Healthcare services to the public. We have found access to healthcare is impacted by corruption,” he explains.

This forum is one of the preventative measures that will ensure that the National Health Insurance (NHI) Fund is protected from corruption, Health minister Dr Zweli Mkhize adds.

In the presence of health MECs, Mkhize says that national and provincial health departments are committed to the HSACF as it is an “action-driven approach in fighting corruption”.

According to a report, local anti-corruption non-profit organisation Corruption Watch has received close to 600 whistleblower reports related to corruption in the public health system since 2012. In 2018 alone, the organisation received 108 reports on corruption in the healthcare system — including complaints about employment and procurement irregularities, abuse of state resources and abuse of power by officials. The majority of the reports were from Gauteng (40%), Limpopo and Eastern Cape (both 11%) and KwaZulu-Natal (10%).

Meanwhile, the head of the SIU Advocate Andy Mothibi says that there are investigations that are already underway. This includes the allegations of fraud and irregularities in the Council for Medical Schemes, the registration system of the HPCSA and sited the supply and procurement being the biggest playground for corruption.

Additionally, collusion also contributes to fraud in the system. The SIU found that doctors, nurses, attorneys and specialists defraud the state by lodging negligence claims in public hospitals.

Through the collaboration, an attorney in the Eastern Cape was arrested on three counts of fraud at the value of R45 million.

But more capacity and investment into the Hawks is needed for the forum to continue producing such results, the head of the National Prosecuting Authority Shamila Batohi says.

The forum will not only focus on corruption in the public sector. The private sector will also be under the gaze of the multi-sector collaboration. With the release of the Health Market Inquiry on Monday,  Mkhize says that overpricing and overtreatment in the private sector are issues that the department will be zooming into.

According to the report, the hospital groups’ market share based on beds and admissions, was approximately 90% altogether — meaning the three groups control almost all of the market. This high concentration of power the private healthcare system vulnerable to collusion and another anti-competitive behaviour.

Chief Justice Sandile Ngcobo, who chaired the inquiry’s panel, said there has been inadequate stewardship of the private healthcare sector which is exacerbated by the failure of the national health department to regulate the sector. The recommendations made in the report, he added, will provide a better environment for a fully implemented NHI can function.

Ramaphosa says that he is hopeful that this forum is the solution towards fighting state capture and corruption.

He says: “Let us go ahead and clean up our health system.” – Health-e News