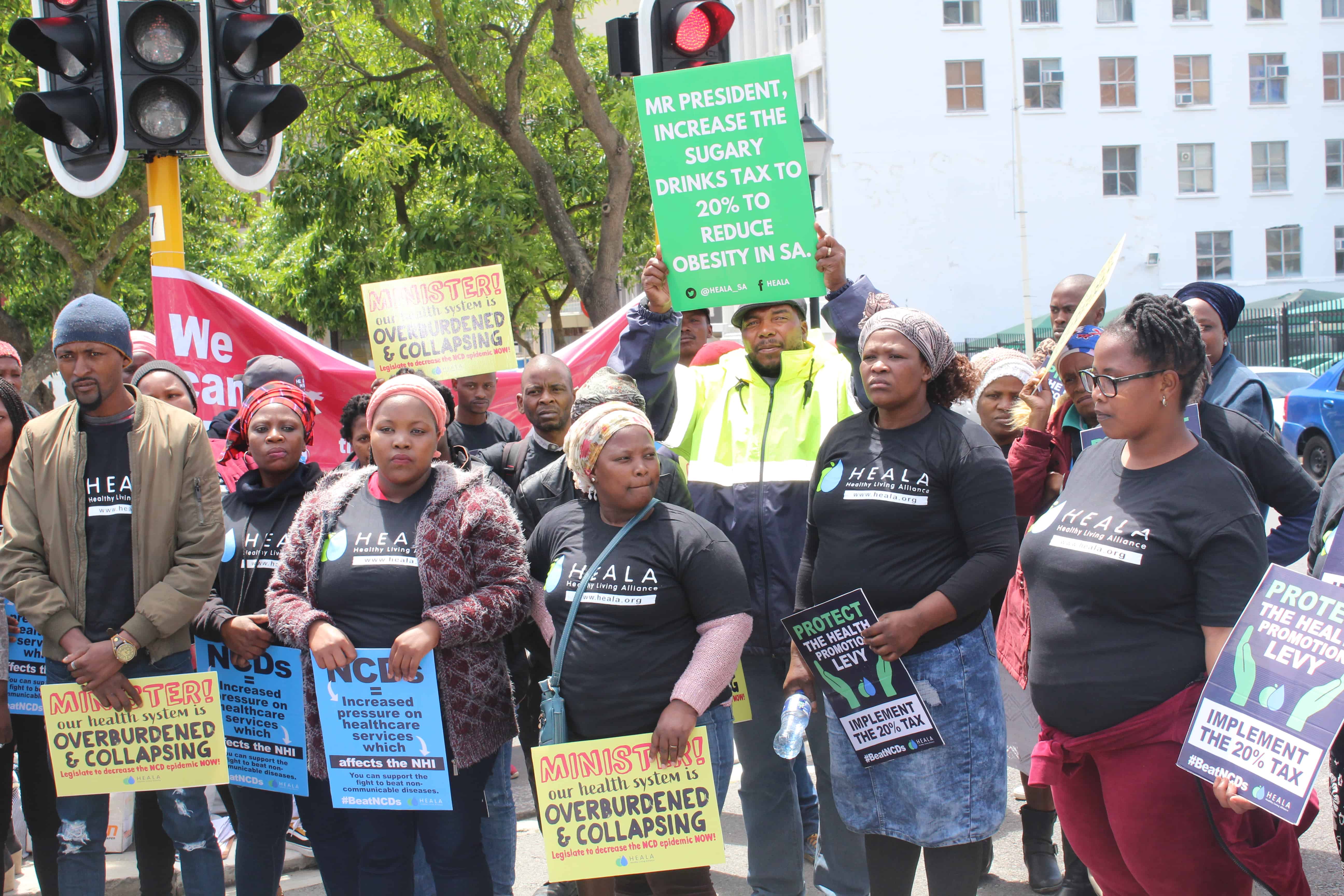 Activists say Treasury and national health department must abide by international health standards for the levy on sugary drinks to be effective in curbing the rise of non-communicable diseases in the country.

In 2018, the government implemented the 11% HPL on all sugar-sweetened beverages, but activists say this is not enough and the levy needs to be increased to 20% as per the World Health Organization’s recommendation.

Speaking to Health-e, MaryJane Matsolo of the Healthy Living Alliance says the 11% was inadequate to make a difference. “This is not enough to significantly decrease the consumption of sugary drinks in South Africa. Ordinary people need to be protected from the poison which is sugary drinks, ” she says. Currently, Matsolo says, sugary drinks are easily accessible to ordinary South Africans — specifically poor people — who are already susceptible to various non-communicable diseases (NCDs) such as diabetes, stroke and heart disease.

“The issue of NCDs needs political will that’s why we want the minister of finance Tito Mboweni to tell the nation what are the plans to increase the HPL to 20%. We are hoping that the minister and Treasury will take our call into during the midterm budget speech,” she explains. “We will be waiting with expectation next year in February when he ultimately announces what is going to happen to HPL in the budget speech.”

Mboweni made no mention of the levy in his mid-term budget speech. Treasury says that the midterm budget does not make any tax adjustments as that would create uncertainty. But the department says that taxes, such as this one, tax may be increased in the budget speech in February.

Between September and October over 11 000 people countrywide, have signed the petition calling Mboweni to announce increased the levy to 20% from 1st April 2020 which will be its second anniversary.

The Treatment Action Campaign says increasing the sugary drinks tax is important for the health of South Africans and are supporting the call. “There is no way we can not support this, our people are dying of NCDs just because they don’t know the dangers of the food and drinks they are consuming,” says Simo Sithandabantu, TAC’s provincial manager in Western Cape.

He says he only hopes that government will listen and come back to the people with the expected response “This is a start, there is still a lot to come if the government doesn’t listen we will mobilise all nine provinces and bring everything to stand still,” Sithandabantu told Health-e.

Activists are hoping that their continued call for a WHO-standard levy will not fall on deaf ears.

“In the past three years, we have sent Treasury many submissions and petitions asking for a stronger Health Promotion Levy of 20%. We’re calling on our government to stand up to companies like Coca-Cola who watered down the sugary drinks tax to 11%,” says Lawrence Mbalati, Heala’s progammes manager.

According to National Treasury, the initial proposal was to introduce the levy at 20%, however, Treasury decided to take a phased-in approach of starting at a lower rate and a tax-free threshold. “This was based on the concerns of potential jobs losses which were raised during the consultation process,” Treasury in response to questions sent by Health-e.

The department says when Mexico introduced a tax on soft drinks in 2014, it started at a rate of 1 peso per litre (equivalent to a 10% increase) and this resulted in decreases in consumption of sugary beverages.

Responding to whether are there any plans to increase the tax to 20%, Treasury says it normally reviews their tax policy interventions after few years of implementation and make adjustments where it is necessary.  Similarly, the HPL will be subjected to a review process in the future. – Health-e News