Home » News Articles » Skin conditions are a challenge, more so in summer 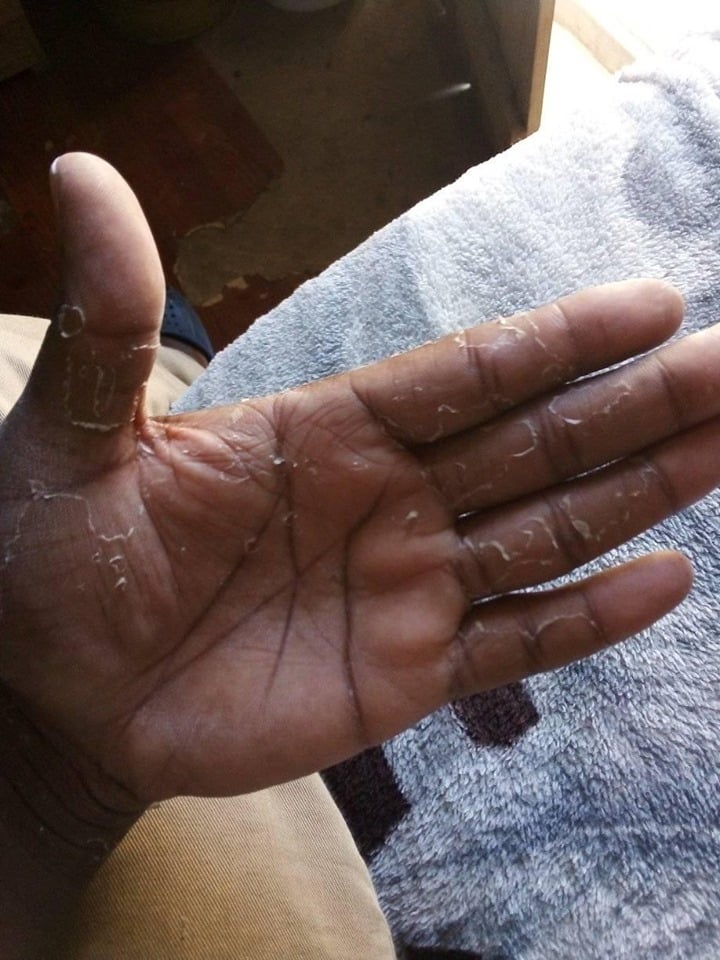 Despite it being spring, it’s already quite hot in some parts of the country. For those with skin conditions, heat is more dreaded than welcomed.

Skin conditions are a challenge, more so in summer

Ntando Ngcobo isn’t one of those people who enjoy hot weather. With summer fast approaching, her main worry is her skin because it is susceptible to sunburns. She says at this time of the year, she buys more sunscreens, cool long sleeves or protective clothing, and sunglasses to shield her sensitive eyes.

“It’s normal for me to suffer from sunburn if I have exposed myself to the sun because my skin is extremely pale and due to that, my doctor told me that I have greater chances of developing skin cancer if I don’t take care of my skin. That is why sunscreen is always in my handbag.”

It is more common

According to a study published in the Journal of the European Academy of Dermatology and Venereology, “skin diseases are ranked as the fourth most common cause of human illness, resulting in an enormous non‐fatal burden. Despite this, many affected people do not consult a physician”.

Dr Alexander Zink, an author of the study says: “Skin diseases might be more prevalent than previously thought. Considering their significant impact on individual, family, and social life as well as their heavy economic burden caused by inadequate self- or non-physician treatment, the public health importance of skin diseases is underappreciated.”

Mandisa Mazibuko’s skin on her hands and feet have been peeling since August. Mazibuko tells OurHealth that she thought it was caused by the soap she was using so she changed to a different one, but her skin problem didn’t go away.

“I don’t know what to do now because I have tried to moisturise it with petroleum jelly, margarine, candle wax but nothing works,” says Mazibuko.

“I don’t have money to go to the pharmacist and buy medication to treat my skin and at the clinic, I was given MC Gel ointment which didn’t help me at all. I’m [considering] seeing a local traditional healer, maybe I might get help from him,” she says.

Ntando Cele says she recently experienced a yeast infection which she thought was natural for someone her weight.

“I went to the doctor after experiencing swelling, intense skin itching, and irritation. That’s how I found out I have a yeast infection. It affects skin areas beneath my breast, between thighs, underarm and the belly folds. These are areas that don’t dry quickly after taking a shower,” she says.

Cele says there isn’t much to be done except for taking extra care of her skin. “Now I try to dry myself thoroughly,” she says.

Ziba Mthethwa says he has been suffering from athlete’s foots since June.

“I thought it was going end but since spring started, I noticed it is getting worse,” he says. “I have tried many homemade [remedies] such as sprinkling ashes, lemon leaves, teabags and wearing sandals more often when I am home but nothing has worked. I am now considering seeing a pharmacist and explaining my condition; maybe he will give me something to treat it because I can’t afford to see a dermatologist as yet.”

Dermatologist Dr Sandile Kubheka confirms that some skin conditions are caused by changing of the season, but they only come at a certain stage and ends thereafter.

“Some disappear on their own and some after the treatment. That is why it is so important to seek help if you notice something unfamiliar to your skin because if not, that can lead to serious damage and unnecessary marks. It is also important to dry your skin methodically after a bath. I would also advise washing your body two times a day to avoid odour and skin rash.”

According to the Cancer Association of South Africa (CANSA), “South Africa has one of the highest monitored ultraviolet (UV) levels in the world. The country also has the second-highest incidence of skin cancer in the world after Australia.”

For others whose job keeps them in the sun, such as street vendors or truck drivers, should also be careful of UV radiation, the organisation says. It also recommends that people be sun-smart by using an effective sunscreen, applying it correctly, wearing protective clothing, and educate and protect children about taking care of their skin. – Health-e News