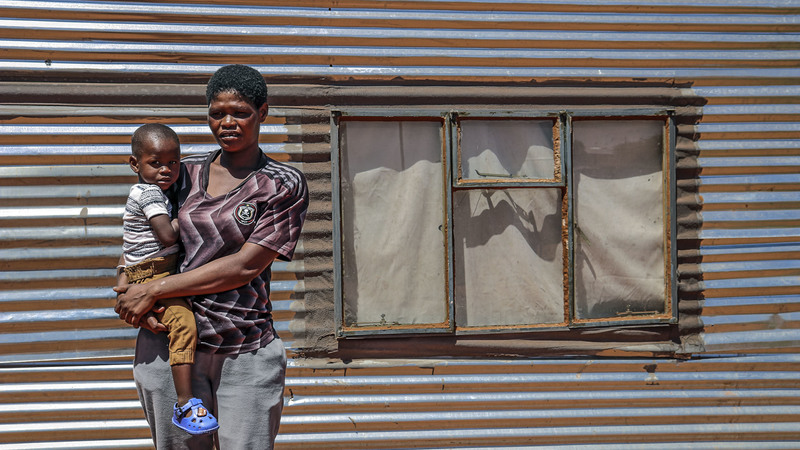 Humiliated: A year ago Mothi Kapunda went to the Robert Mangaliso Hospital when she went into labour. She felt that the staff belittled her because she doesn't fully understand the languages used in the hospital. (Photo Credit: Health-e/ Luntu Ndzandze)

Public consultations for the country’s new health Bill show how language barriers can keep healthcare away from those who need it the most.

The forgotten people of Platfontein

Emedia Kaye is trying to muster up the courage to say her piece. The queue to the podium is slowly decreasing. On the last sheet of the 60-page National Health Insurance (NHI) Bill, she has written her thoughts with a faint neon green pen.

She can’t see herself, her family or her community in one of the most contentious policies in the country at the moment.

“I wanted to say something from our community,” the 27-year-old remarks.

Kaye is attending public hearings on the NHI Bill, being held in the Northern Cape by Parliament’s portfolio committee on health.

These gatherings are headed by the committee’s chairperson, Sibongiseni Dhlomo, who begins every public hearing by explaining that the purpose of these meetings is to inform people around the country about the proposed policy as well as note people’s oral and written submissions, which could lead to amendments being made to the Bill.

In August, Health Minister Zweli Mkhize introduced the Bill to Parliament and projected that South Africa’s iteration of universal healthcare will be implemented by 2026. The main function of the draft legislation is to establish the NHI Fund, which will purchase all core health services on behalf of all South African citizens and certain categories of foreigners.

Displaced and discriminated against 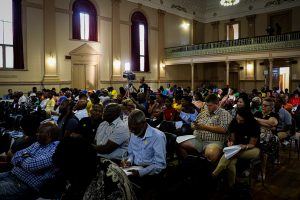 For Kaye, the Bill is yet another reminder of the erasure of her existence and history and that of her community. She flips through the stack of pages.

Kaye knows exactly what universal healthcare means for her and her people. “I actually wrote it down.”

“My request is that the NHI Bill must ensure that there are interpreters in hospitals and clinics around Northern Cape — especially at Kimberley Hospital [renamed Robert Mangaliso Sobukwe Hospital],” she says.

Most health workers at the hospital speak English, isiZulu, Setswana or isiXhosa.

“When our people arrive at the hospital, they are struggling to understand the languages,” she says. “Our people are dying.”

About 20km outside Kimberley, a left turn into an almost 3km stretch of a dusty road leads to this forgotten place. The sides of the road are filled with long grass, trees and cactus in between.

There is no signage or welcome board, just a discoloured whiteboard with faint traces of font on it.

This is the place Kaye and her people call home.

Platfontein is formerly abandoned farmland where !Kung (pronounced Xung) and Khwe people were relocated in the early 2000s. Before then, the San people lived in Schmidtsdrift, about 80km from Kimberley. They were moved to Schmidtsdrift in 1990 from northern Namibia and southern Angola when then-South West Africa became independent and the South African Defence Force withdrew.

But, in 2003, they were moved from Schmidtsdrift after a land claim by the Batlhaping and Griqua people was granted. About 7 000 !Kung and Khwe people now live in Platfontein, an area with limited basic services.

It’s Saturday morning, hours since Kaye was afraid to make her submission. Everybody waves at her or greets her with a smile. Her home is small, yet is filled with people — her sisters and children playing in the yard.

“I want to build a home for my children. This is nothing big, but it’s a start,” the mother of two says.

Kaye is an interpreter at the Kimberley magistrate’s court. She translates !Kung and Khwe during legal proceedings. Her job has made her realise that it’s not just the courts that need her services — health facilities do too.

“My people go to hospitals when they are sick, but they don’t get help. The nurse asks: ‘What’s your name?’ and they can’t even respond because they don’t speak Setswana, English or Afrikaans.”

Instead of receiving medical help, !Kung and Khwe people are left ignored and ill-treated in health facilities outside of Platfontein. This is a reality that 30-year-old Mothi Kapunda knows all too well. 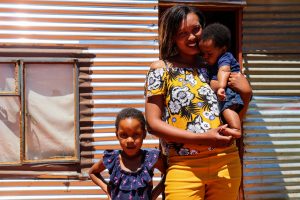 Emedia Kaye believes that the NHI is shows how her people are once again forgotten by the government.

Last year, on the evening of November 15, Kapunda started feeling pain in her abdomen. The cramps became frequent and intense.

She was in labour, so she made her way to the Robert Mangaliso Sobukwe Hospital to give birth to her twin babies. But she was met with hostility.

The doctor and nurses tried to take her through the labour process, but Kapunda struggled to understand what was being said to her.

“How will you feel if someone speaks in a strange language that you don’t understand?” she asks.

Kapunda says health workers mistreated, belittled and humiliated her. And, according to her and Kaye, this is a common occurrence for !Kung and Khwe people who seek health services in Kimberley and other places around the province.

Kaye, who is also a board member of the Southern African San Development Organisation, believes South Africa’s failure to recognise !Kung and Khwe — and other indigenous languages such as Nluu and Birwa — as official languages, despite decades of lobbying, is one of the reasons they are discriminated against generally in society, and even more in health facilities where it could be a matter of life and death.

In an interview with Health-e, Mase Manopole, the province’s MEC for health, says the department is aware of the difficulties that San people face because of language barriers. “We’re ensuring that there is no language barrier in our health facilities. We are appointing staff who speak the same language because interpretation may take long. We want to appoint those who live in the areas of the facilities.”

But Kaye says their local clinic is full of staff from Kimberley, despite the high levels of unemployment after young people complete their matric.

The small clinic in Platfontein is not open 24 hours and doesn’t offer advanced medical procedures. Most people have to travel to the hospital in Kimberley for other health services such as giving birth.

Kapunda says: “Whenever we call the hospital for help, the moment they hear our language that’s when they start to laugh and treat us like we are nobody because we speak one of the languages of Platfontein.” 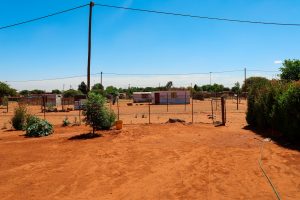 Platfontein is a formerly abandoned farmland where !Kung and Khwe people who make up were relocated in the early 2000s.

Although the NHI seeks to close the gaps in providing healthcare, the Bill isn’t available in all 11 official languages, let alone any of the San languages. Platfontein residents like Kapunda, who don’t speak English or Afrikaans, will not have the opportunity to fully get to grips with the proposed policy.

“[The NHI Bill] is translated into all 11 official languages by the information that is at our disposal from the department of health,” Dhlomo says.

But Health-e was unable to find the Bill in any other language except English at the hearings or on the health department’s website. Instead, there are brochures about the Bill available in all the official languages.

Dhlomo says it is the national health department that is responsible for the communication strategy for the NHI Bill and translations fall on them. The draft legislation is only distributed in English at the public hearings and a memorandum in various languages — depending on the area — is also given to attendees. 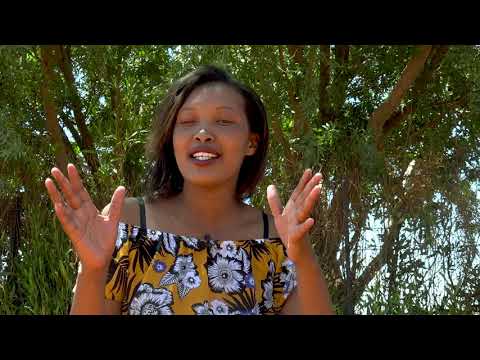 “It will greatly assist if you were to give us at least one Bill or legislation that has been translated into all 11 official languages,” national health department communications head Popo Maja says.

“Making laws and regulations available in all 11 official languages is an ideal goal that the country is striving for. It all depends on the availability of resources. There is a whole document on NHI communication strategy that could be shared with you.”

But Maja retracted his offer to share it, stating his “principals” advised him that it is an “internal document”.

Language also isn’t the only hurdle — informing people about the public hearings also proved to be challenging. According to the portfolio committee’s media officer, Yoliswa Landu, Parliament has only secured advertising space for public submissions in local newspapers but not on any radio stations.

For the people in Platfontein, access to information about the hearings is near impossible because they only have one media platform in their language —X-K FM — which young people in the area criticise for being hogged by older people with political ambitions. However, Parliament provided interpreters for people who spoke San languages during the Northern Cape hearings.

Back in Kaye’s yard, her sister Tefa Munwango rubs her pregnant belly. She hopes that the NHI will deliver a better future for her child. But her disappointment in the democratic dispensation failing to recognise her people extinguishes that hope.

“They said discrimination stopped in 1994. Here, in Platfontein, it didn’t.” — Health-e News

An edited version of this story was also published in the Mail & Guardian.