Home » News Articles » Tzaneen gets its first Down syndrome centre 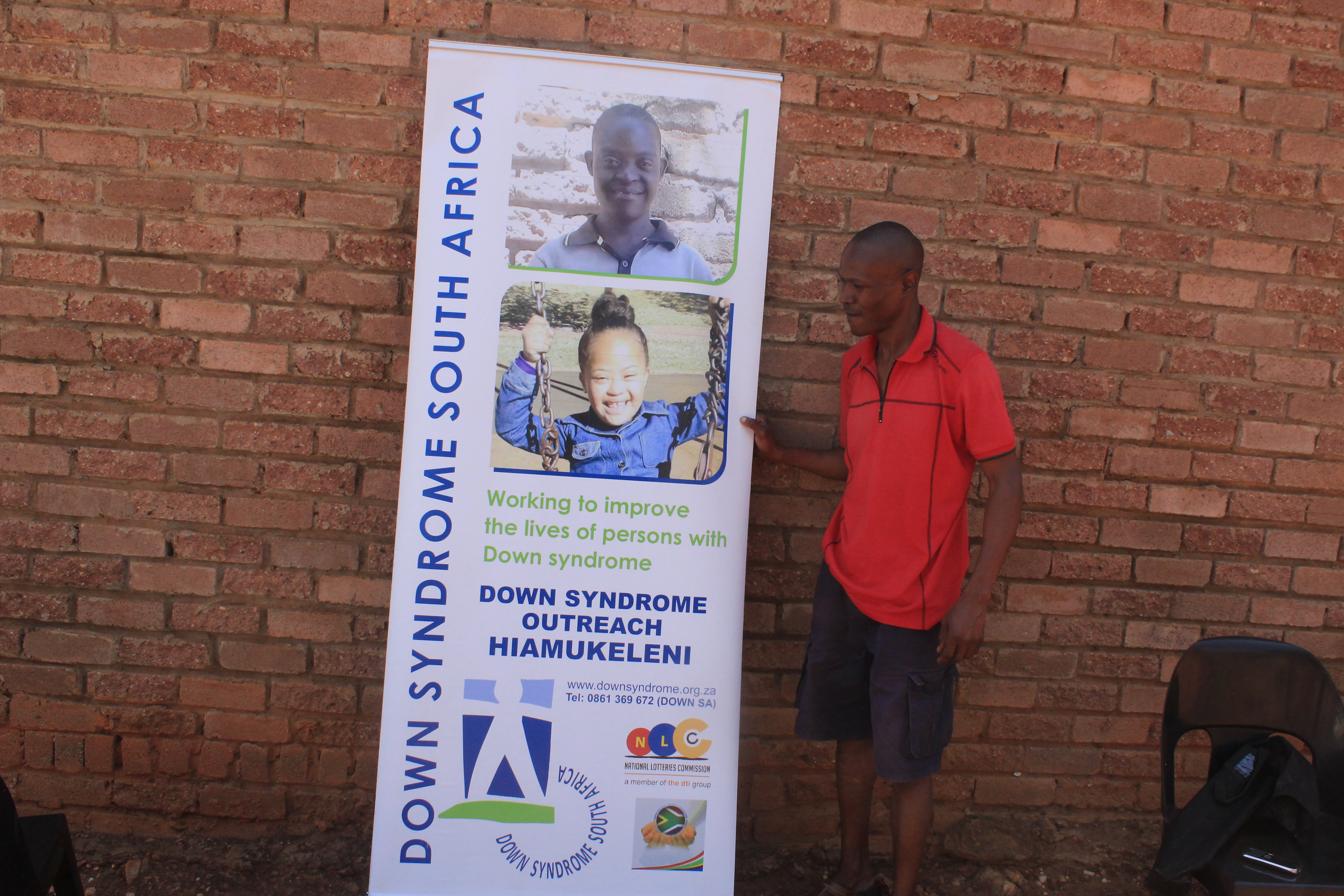 After struggling to find help for his brother living with the condition, a Limpopo man has decided to do something about it by establishing his own centre.

Tzaneen gets its first Down syndrome centre

After struggling to find a centre where his brother could go, Difference Motseo (42) established the Hiamukeleni Down Syndrome Outreach Centre in N’wamitwa village just outside Tzaneen. It is a place where people like his brother can get assistance.

It was after his mother passed away in 2010, Difference wanted to find ways to assist his brother, Cedric Motseo (29) who is living with Down syndrome.

“My father passed away in 2004 together with my sister. [Then] my mother followed suit in 2010 so I’m the only one who is left to take care of him. I had to educate myself about the condition and I also had to find a place where he could learn various activities but there was none. I thought if I’m going through this, that means there must be others who are going through it and I came with the idea to create the centre,” he says.

There are outreach centres in Phalaborwa, Polokwane and Giyani but not in Tzaneen, he says.

“There had to be one close to home which my brother could go in and out without paying a lot of money. I then contacted Down Syndrome South Africa (DSSA) and they offered to assist through training in order to establish the centre,” Difference says.

According to DSSA, Down syndrome is a chromosomal disorder arising at the time of conception, caused by the presence of all or part of an extra 21st chromosome. “Individuals with Down syndrome tend to have a lower than average cognitive ability, often ranging from mild to moderate developmental disabilities. A small number have severe to profound mental disability,” says DaShayne D Walker in her book I Speak ”Their Language”.

“The exact cause of Down syndrome is currently unknown,” reads the DSSA website. “It is not related to race, age, religion and socio-economic status and is one of the most frequently occurring chromosomal disorders.”

What the centre does

Difference, who in 2010 was elected as the DSSA provincial co-ordinator, says lack of funds hinders the centre which has 104 participants. They would like to increase their reach to affected families and people living with Down syndrome.

“At the moment we don’t have a building to accommodate these people, currently we use someone’s house as our base. And we hope donors will come forth to build us a good infrastructure where we could teach them various activities and reach more people,” he says.

The outreach programme offers activities such as writing, reading and beading and there are plans to expand it as a drop-in centre and boarding school for people living with the condition.

Difference is concerned about families who are hiding people living with the condition and who are  reluctant to integrate them into their communities.

“We have to [create] awareness about these conditions. Let’s not hide them, if people see them they won’t be surprised and at the same time that would eliminate stigma. It’s a pity in Tzaneen we do not have DS centres except us and we don’t have resources.”

Maria Malatji from Lephepane village outside Tzaneen was devastated after her son was diagnosed with Down syndrome 16 years ago. She also encourages people to come out and seek help if needed. It was because of knowledge about her son’s condition that her ex-husband ended their marriage.

“It doesn’t help to hide your child at home. They also need proper developmental activities so they can also take care of themselves. If they are always at home, how are they going to grow as an individual? This goes for various disabilities, not only for people living with Down syndrome,” Malatjie says. – Health-e News