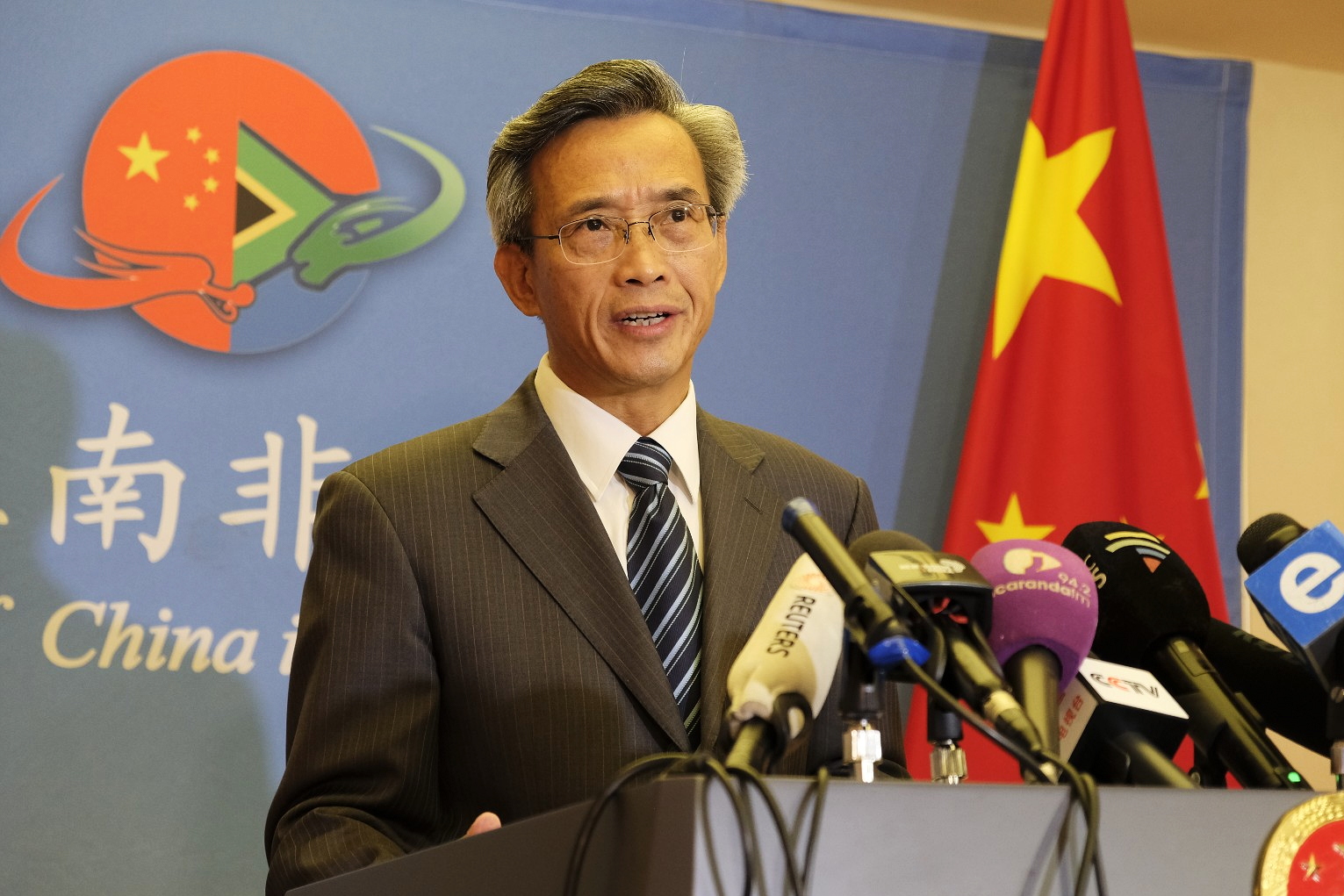 The ambassador of the People’s Republic of China to South Africa, His Excellency Lin Songtian, assures South Africans that both countries are able to curb the spread of the coronavirus COVID-19.By Elna Schütz, Portia Kobue.

While the disease continues to spread internationally, with the World Health Organization categorising it as a high risk, ambassador Lin emphasises that there have been no confirmed cases in South Africa or of South African nationals living in China.

In a session with media on Tuesday, Lin gave updated statistics, saying the number of both “new confirmed and suspected cases has been declining continuously, the death toll remains low, and the cure rate has been increasing and rising significantly.”

He says the amount of new confirmed cases has dropped to 1886 per day, which is half the daily rate of two weeks ago. As of yesterday, 1,868 people have died of the disease in China, which is a mortality rate of about 2.5%. The ambassador compares this to the 10% mortality rate of the SARS coronavirus outbreak.

He says that the embassy is working closely with the Department of International Relations and Cooperation (DIRCO) and the Department of Health, and believes that even if cases were to be confirmed, the country is “fully capable” of reacting well, despite other challenges in the national health system.

“I have confidence in South Africa’s medical facilities, rapid response mechanism, professionalism, and scientific response,” he says. While the ambassador concedes that the anxiety around the disease is normal and natural, he urges locals not to panic. He says the strategies in place to react to potential cases is to immediately “identify, isolate, quarantine, and deal with them.”

Cooperation through the African Center for Disease Control

The Bill and Melinda Gates Foundation, has donated one hundred million US Dollars to support efforts to curb the disease worldwide. President of Global Development at the Foundation, Christopher Elias, says developing vaccines is one of the top priorities.

Funds will also be available to help people living in poor areas in sub-Saharan Africa and South Asia.

Twenty million US Dollars will be set aside to help public health authorities in these regions to strengthen their emergency operation centres, implement effective disease surveillance efforts and improve their capacity to safely isolate and treat patients”.

African countries who are members of the African Union will be supported through the African Field Epidemiology Network (AFENET) in collaboration with the Africa Centers for Disease Control and Prevention (AFRICA CDC) and World Health Organisation (WHO-AFRO).

The National Institute for Communicable Diseases (NICD) in a statement suggests practical precautions such as good “hand hygiene and cough etiquette” and avoiding close contact with ill people. It recommends that travelers should self-report if they feel ill and that health practitioners and those in the travel industry should disseminate necessary health information.

The other main focus of preventing the spread of the virus is ongoing efforts to contain it within China. Ambassador Lin says that his country’s government has asked travel agencies to suspend their tours to and within China, and imposed strict screenings at ports of entry. South Africans and others who traveled to China for the Lunar New Year or other reasons are requested to stay there “for a while, not to come back soon.” He says that those who have returned are urged to stay in their homes for a week or more as a means of containment.

The latest NICD update states that 87 people have been tested in South Africa but all of them show no signs of the virus. The NICD says it remains on high alert and assures that its testing processes, are in line with international standards. The first African case of the virus was confirmed in Egypt over the weekend.-Health-e News