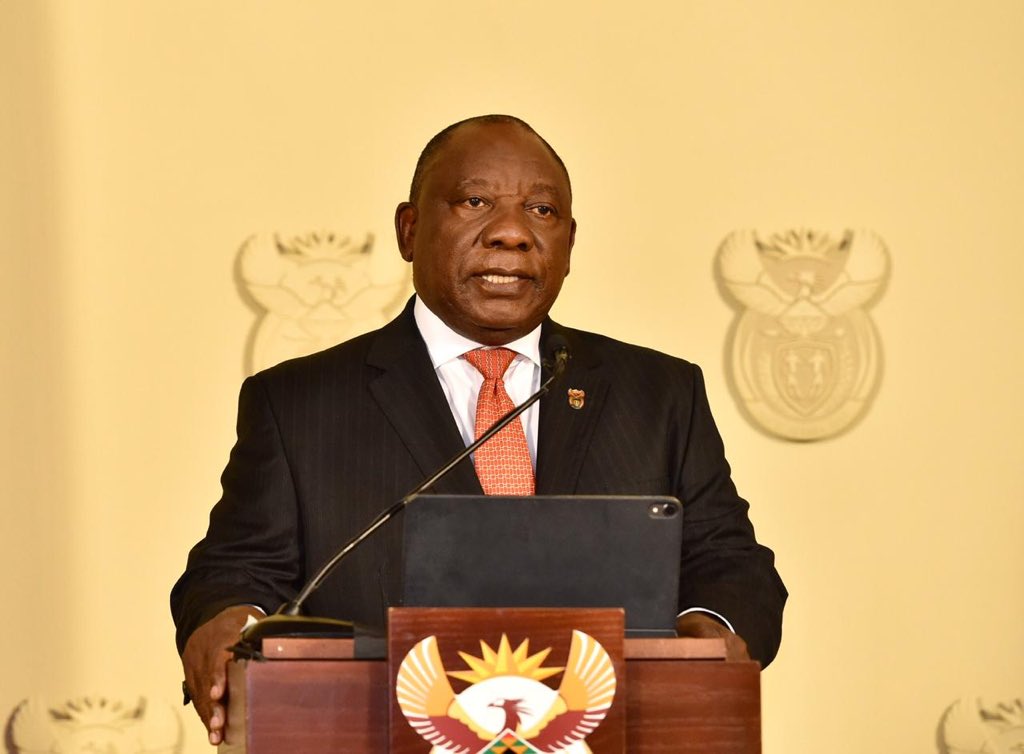 The South African government is intensifying efforts to test the public for the COVID-19 virus, as the confirmed number of infections increases to 1 326, and results in three deaths.

In a televised address to the nation on Monday, 30 March,, president Cyril Ramaphosa said the disease is spreading rapidly in many countries around the world, with some 740 000 people infected worldwide. “Over 35 000 people have lost their lives,” the president said from the Union Buildings in Pretoria.

Ramaphosa has announced that as the country enters a new phase in the fight against the COVID-19 pandemic, government will be rolling out a screening, testing, tracing and medical management programme on a grander scale. “Around 10 000 field workers will be visiting homes in villages, towns and cities to screen residents for COVID-19 symptoms,” the president said.

He said people who are infected with the virus, but who have no or moderate symptoms, will remain in isolation at home or at a facility provided by government. Those with severe symptoms will be transferred to a hospital. Health officials will also use mobile technology to rapidly deploy an extensive tracing system to locate people who have had contact with Covid-19 positive people.  The president added that technology will also be used to monitor the geographical location of new cases in real time.

Ramaphosa said the health systems of many countries, including hospitals and clinics, are under tremendous stress as they deal with the pandemic.  Ramaphosa acknowledges that the 21 day lockdown regulations, which came into effect on March 26, are causing great hardship and anxiety. But he says this is necessary and urgent to contain the spread of the virus. “Our own researchers and scientists have told us that our decision to lock down the country was a correct one,”the President added.

The president repeated his appeal for people to stay at home for the next 17 days and said that many people do not appreciate the seriousness of the situation. “ If you have to go out, make sure you do everything you can not to get infected and not to infect anyone else. Every time you violate the regulations the government has issued or try to get around the rules, you are putting yourself and others at risk and helping the virus to spread,”Ramaphosa warned.

The president has thanked officials from the South African National Defence Force, the police, and other security service agencies, who are responsible for the safety of the public during lock down, but has made it clear that their role is to support, reassure and comfort people and to ensure peace and order is maintained. He did not address the various reports of security officials assaulting people who were either loitering or refusing to adhere to lockdown regulations.- Health-e News