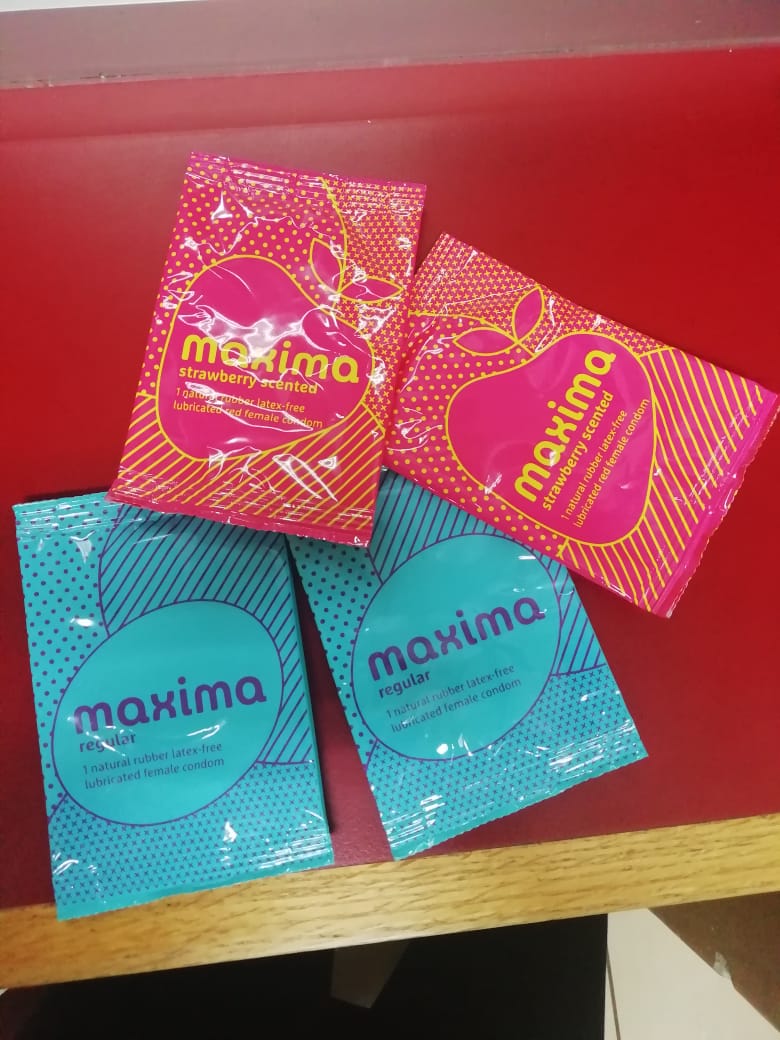 Some activists believe that changing the messaging around internal condoms will encourage more women using them as ‘cool sexual devices’.

In an attempt to encourage women to use internal (female) condoms, the National Department of Health has rebranded them from Cupid to Maxima.

Khanyisa Booi, from Matriarch and Sons, thinks that the rebranding is a positive move. Matriarch and Sons is an organisation that advocates for sexual and reproductive health rights, and was founded in 2018 by Booi.

“The new internal condoms will be an interesting addition to what we have currently. In terms of my work, women have been very taken by the current one (Cupid) which has a sponge for comfort. They are reluctant to use the FC2 condom, which has a ring on the inside.”

Booi often interacts with women who used the old version of the internal condom and says that, mostly, the feedback they give is positive — noting that the outside of the condom offers users great clitoral stimulation.

“We understand that condoms prevent sexually transmitted infections, including HIV, and we also understand that condoms are contraceptives. What is becoming increasingly important is to pitch condoms as a method of pleasure. As much as the department’s focus is on infections and contraception, they also need to think about how to market this condom as a cool sexual device,” explains Booi.

According to health department spokesperson, Popo Maja, the move from Cupid to Maxima was inspired by a Human Sciences Research Council study that showed a lack of change in South Africans condom usage from 2012-2017. In 2019, Health-e News also reported on the Health System Trust’s District Health Barometer, which showed consistently low condom use among the population.

“After the HSRC study reported that condom use has not changed between 2012 and 2017, the department, in collaboration with implementing partners, embarked on perception studies to determine why young people are not using condoms. Young people recommended that the female condom should be rebranded, so the government can own it. They also recommended that the condoms be coloured and scented to put them on par with the rest of the market.”

To that end, Maxima comes in different colours and scents, such as strawberry and vanilla. This is similar to the external (male) condom Max, which is also coloured and scented.

The department expects to see change in the infection rates through this latest move.

Although the government has big plans for the internal condom rebrand, not all are convinced.

“I don’t think that people are going to use them as much as they use the male condom because it’s not as comfortable. With the rings it has, its size and the way you insert it, I don’t think it’s the first choice for anybody,” says Kagiso Mosoma, a Tembisa resident.

Tebatso Kgosana is also not convinced that the new condom rebrand will change her view of the internal condom being clunky and unsexy.

“I have never really used the previous condoms [Cupid] and find them creepy — from the sponge to the way you insert it. My partner and I use the male ones [Max].”

However, Kgosana finds the colour and scent of the Maxima condoms appealing, and believes that people would use them if they were advertised as products of pleasure. — Health-e News