Children need to be removed from classrooms immediately – as one life lost is one life too many, writes Douglas Ngobeni, COSAS spokesperson

Most countries in the world are still registering positive cases of coronavirus, and the virus knows no barriers. Prominent South Africans, government leaders and ordinary South Africans have all been affected, many losing their lives. One such figure is Zindzi Mandela, eldest daughter of our struggle heroes, former President Nelson Mandela and COSAS Honorary President, Mama Winnie Mandela, who recently lost her life to Covid-19.

The call we are making as an organisation is to not to delay the process of classroom activity, but to extract these children from the classroom. One lost life is one too many, our learners cannot be blatantly and deliberately sent to classrooms with Covid-19 reaching its peak in provinces such as Gauteng.

We call upon all organs of society to join us in this progressive and fruitful mission, as it benefits everyone and dismantles the presence of greediness which should always be premised with capitalism and the capitalist system.

Our leaders in government seem not to care about ordinary young South Africans who do not have access to the resources. COSAS will also call for the closure of private schools in due time, so as to fight against all inequality.

Even when the World Health Organisation has been warning that school’s opening during the peak of the virus rapidly increases local transmissions, our politicians do not see anything wrong because educational benefits are seen to outweigh learners’ risk in attending school.

We must also note that the main reason behind the continuous operations of schools is advised and influenced by our leaders’ business arrangements. These business arrangements are the reason we are at a brink of a collapsing democracy – if we take our struggle to the ground the very same leaders summon police to arrest us just to silence the voice of reason.

The 19th National Executive Council of COSAS has identified a struggle which will in turn seeks to safeguard the future of this country. Government has pushed us to a point where we adamantly refuse to be referred to as the future but the present because it seems like we are the only ones who sees their maladministration.

We shall not deter the call we have made, that would be selling the revolution and we are not sell-outs!

The issue of infrastructure remains our greatest concern because 26 years into democracy, we still have schools in Limpopo and Eastern Cape that have pit toilets. There is no dignity there.

This is a battle we are determined to fight until the bitter end. Our learners must be respected. We understand that different geographical formations have different problems. But if we attempt to treat provinces differently, we would be embracing inequality in society.

That is why from the 16 July 2020, we embarked on a program of shutting down all the schools in the country, including private schools.

Our people are advised to follow all the measures put in place by President Matamela Cyril Ramaphosa but must not go to school.

Douglas Ngobeni is the spokesperson for Cosas.

After years of empty promises by the Limpopo education department, learners from Dzimauli School in Folovhodwe village are still being taught in roofless classrooms.

Ongoing allegations of brutal corporal punishment happening regularly at a Limpopo high school are to be addressed this week after a disgruntled pupil took pictures of a teacher beating pupils with a piece of piping.

Conditions at the dilapidated Hlalelani Primary School in Limpopo have continued to deteriorate, despite promises by the provincial Education Department that new classrooms would be ready at the end of this month, prompting angry parent to shut the school down. 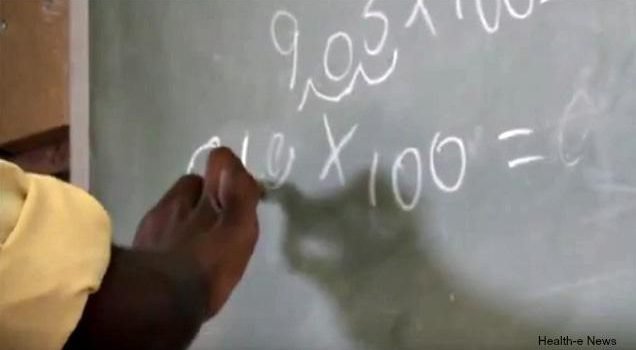