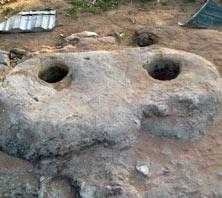 One of the oldest Primary Schools in Limpopo, Lukau Primary, does not have toilets. 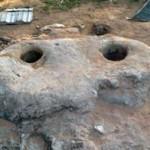 An example of a pit toilet

Pupils at the school which was established in 1914, risk their lives by using open pit toilets.

The school principal, Tshifhiwa Netshisaulu says  the health of educators and pupils is at stake because of exposure to the pit toilets.

Netshisaulu says the shortage of the toilets at the school, situated at Lukau village, which is wihtin walking distance to Tshilamba –Mutale Local Municipality is situated – compromises the health of 368 learners and 12 educators.

“This situation also disturbes our school programme as we must also monitor each and every child who goes to the toilet. We are forced to because some might fall into the open pit as they are very small.

“Many educators avoid going to the toilets because of the strong smell that is coming from there,” said Netshisaulu.

A grade seven learner said her parents advised her not to use the toilets unless it was an emergency.

Netshisaulu, who was also a learner at the school in 1970, says they alerted officials from the department who came to inspect the school two years back about the problem, but there’s been no solution.

“This problem has been there for too long.  When I came here in 1986 as an educator there were no proper toilets. Even the classes are too old. We tried to raise money to build three toilets, but they are not flushing because there is no budget for plumbing,” says Netshisaulu.

Another educator who chose to remain anonymous says the situation at the school is also affecting the enrolment.  “We have a very low registration here.  Parents avoid sending their children because of the appalling situation at this school,” says the educator.

Approached for comment, spokesperson for the Department of Education, Pat Kgomo, says he was going to investigate and find out why there are no proper toilets at the school.