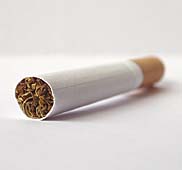 Menthol cigarettes are more dangerous than regular cigarettes. This is according to the results of a scientific review by the Food and Drug Administration (FDA) in the United States, which, in light of these findings want to tighten regulation of menthol cigarettes.

“Menthol cigarettes pose a public health risk above that seen with non-menthol cigarettes,” reads a report by the FDA, detailing preliminary results from the study they conducted.

The report found that while menthol cigarettes are no more or less toxic than regular cigarettes, menthol’s cooling and anaesthetic properties can reduce the harshness of cigarette smoke, increasing their appeal to new smokers.

The FDA is currently investigating potential limits on the amount of menthol used in cigarettes, and how these products are marketed to the youth. However, anti-tobacco groups in the US believe the FDA has sufficient evidence to implement a ban on menthol cigarettes.

The tobacco industry has previously acknowledged the inherent risks of all tobacco products, the FDA said, but the industry has raised the possibility of a black market in menthol cigarettes emerging should a ban be imposed.