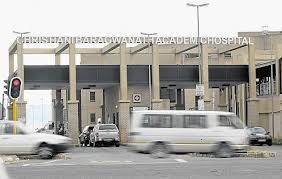 People needing operations are being turned away on their operation dates due to the long waiting list for operations performed at Chris Hani Baragwanath Hospital in Soweto. 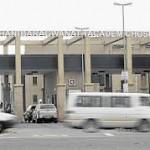 Some patients have been waiting since 2011. The hospital suffers from overcrowding and staff shortages.

Hazel Mazomba, 49, from White City, Jabavu in Soweto, explains her frustration: “In November 2011, I was at Baragwanath Hospital, where I had discovered that, I have a bladder problem. Doctors told me that, I have to undergo an operation. I was given a date for the next month and that has been a story of my life, every time I visit the hospital, they always give me the next appointment date to come back. On my first visit, they told me that, they were no beds available. Then it was the shortage of doctors. The list goes on.

“Until today, I have not yet received any help and my condition has worsened. Now I sometimes have difficulties when going to the toilet and my body gets swollen. The visits to the hospital cost me R19 per trip and I have to miss work each time. I feel that the hospital is failing me. I don’t know how to lodge a complaint at the hospital. It is difficult to voice my problem.”

Abraham Pule, 59, from Kagiso on the West Rand said: “I was diagnosed with prostate cancer and now I am living with a catheter. I was scheduled to have an operation on 1 July, but I was turned back home and referred to Leratong Hospital for check-ups. I was told that the urologist was fully booked and they would call me for my next appointment. I want to know if I’ll ever get the operation. I am experiencing lower back pain and worried that things are getting worse and I could get kidney failure.”

According to Veleri Mathinane, an administration clerk for the urology department at Baragwanath hospital, the hospital caters for the whole continent of Africa, which creates overcrowding. There was also a shortage of specialist doctors.

“Patients are no longer given dates for their appointments but are called according to the list the hospital has. They do acknowledge the fact that other patients are getting worse while waiting for their operations to be done and the unfortunate part is that, due to the above reasons, there is nothing that the hospital can do.