Home » Tech can make the world a better place 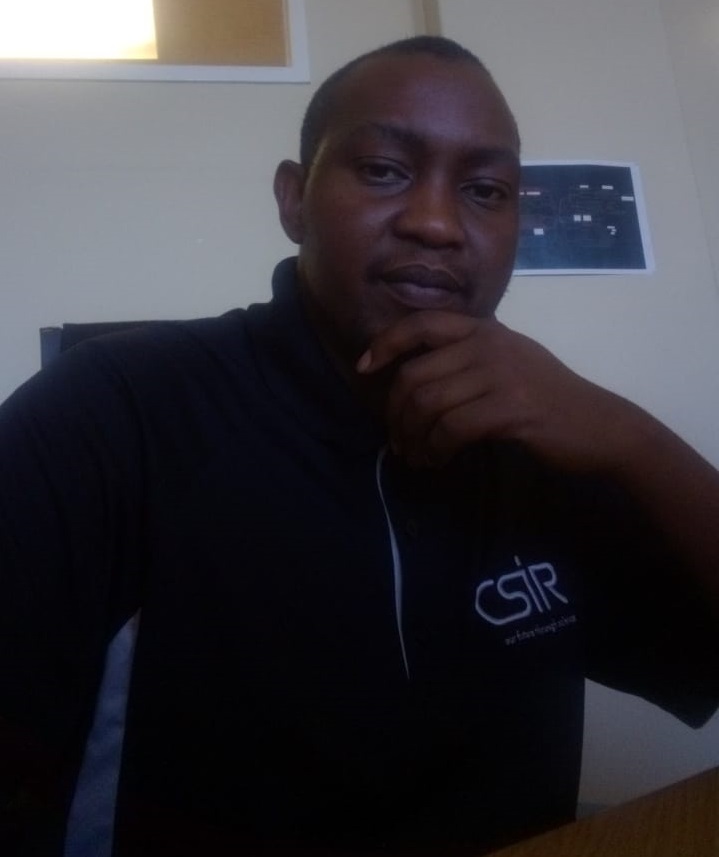 Tech can make the world a better place

Ransomware attacks on hospital systems have spiked since the start of the country’s lockdown, but so far none have been successful. This is, in part, thanks to 30-year–old Thabo Mahlangu and the CSIR cybersecurity team he works on. They have managed to stop all attacks on medical systems before they are launched – saving not only money, but lives.

Mahlangu is one of the young scientists and researchers on the frontline of South Africa’s fight against Covid-19.

In recent months cybercriminals have infiltrated vulnerable networks in an attempt to lock legitimate users out of the system, cashing in on the global pandemic. These hackers demand exorbitant amounts of money to release access back to the rightful owners. This is known as a ransomware attack.

Mahlangu provides cybersecurity awareness training and develops tools to make threat-hunting and detection quick and easy. He is busy with his Master’s degree at Tshwane University of Technology, focussing on the detection of cyberbullying by using artificial intelligence (AI).

Mahlangu’s journey has been one filled with perseverance and passion. As one of four children, he was raised by his parents – Mandla Mahlangu, a mineworker, and mother Marriam Rakgwale – in KwaNdebele, a former apartheid-homeland that now forms part of Mpumalanga.

“I used to walk an hour to and another hour from school each day,” he says. “My school had very limited resources, with a shortage of desks and chairs. The older bullies would sometimes come take our chairs and I would have to share with a friend.”

At the end of Grade 9 Mahlangu started at a new school because he wanted to pursue maths and science as subjects. He needed 60% pass rate in both subjects to continue, and his maths marks fell below the requirements.

“I decided to move to where I would be allowed to continue with these subjects until Grade 12, and I did well. I always had a passion for science but we did not have libraries or internet access.”

He relied on school textbooks, passed on from one learner to the next. His love for technology was further fuelled by TV shows and movies such as Pokémon, which taught him about evolution, and spy movies which showcased high-tech gadgets.

As a child he begged his parents to buy him a remote-controlled car. “They never did, so I decided to build one,” he shrugs. “I did not know how I would control it though. I had so many questions, but I could not ask anyone – not even my elders.”

He vowed to one day surround himself with the knowledge needed to build his own technologies.

Fortunately, his parents supported him and taught him the values needed to succeed. “My dad worked very hard to make sure we had all that we needed to pursue our education,” he remembers fondly.

As for his mother – she taught him that it is never too late to achieve your dreams.

“My mom is a professional nurse, but she did not pursue her career until we could take care of ourselves.” She completed her nursing qualification when Thabo was in Grade 11.

In high school, he attended an open day at Tshwane University of Technology, amazed by the student projects on display.

“All the things I had always dreamed of building – these guys could build them! That was when I decided to study computer systems engineering.”

His decision was considered strange by those around him, as he was the first person in his circles to study engineering.

“I think my high school teachers expected me to end up as a ‘traditional’ scientist working with chemistry. Being a technical scientist did not make sense to them.”

Mahlangu was introduced to cybersecurity in 2016 when he started at Council for Scientific and Industrial Research (CSIR).

“I love it! As a cybersecurity engineer, I deal with investigations that even the police cannot do. It is very difficult to get tangible evidence in cybercrime cases.”

The ever-changing digital landscape means he is constantly learning. “Criminals are always trying new tricks and coming up with innovative ways to hack and attack digital spaces,” he explains. Those in cybersecurity must always be one step ahead.

Artificial intelligence, he says, is one of the most exciting innovations yet. “People fear that AI will take away their jobs but it has given birth to data science, machine learning, deep learning – fields which didn’t exist ten years ago.”

This means that there are more job opportunities than ever before. True to his role as a researcher, he is quick to back this up with stats: In August 2018, LinkedIn reported a shortage of 151 717 workers with data science skills in the United States.

“Combine that with a 15% discrepancy between job postings and job searches on Indeed.com, and it is evident that demand for data scientists outstrips supply.”

Like his favourite movie hero Tony Stark, and Stark’s superhero persona Iron Man, Mahlangu believes technology can make the world a better place. “He is a superhero without superpowers, using knowledge to solve problems. This shows that anyone can be a hero.”

His latest research aims to improve the mental health of young people. “We see more kids committing suicide because of cyberbullying,” he says, adding that his Master’s project will make use of artificial intelligence to intervene in cyberbullying.

“The AI will detect bullying behaviour and send a warning to the author of the post, but if they persist, they will be burned from the platform.”

Although still in development, Mahlangu is already working on a prototype to show this technology in action.

Mahlangu says cybercrimes have increased during lockdown and cyberbullying is no exception. One example is recent memes of politicians on social media.

“We see these posts spread like wildfire, like the one where our president struggles to put on his mask,” he explains. “Sure, this was a funny meme, but is actually categorised as cyberbullying,” he says.

His advice for young people who want to break into the research space: “Do it! More inventions and innovations need to come from South Africa so that the world can hear our voices.”

A lack of funding and opportunities continue to pose a challenge to youth trying to make their mark in the sector, says Mahlangu, and a mindset shift is needed.

“Research must be introduced in high school to teach young people that you don’t need a PhD to solve real-world problems. So many of the challenges we face can be solved by our young minds out there; they just need exposure and leadership.”

Prioritising, supporting and celebrating the work done by young researchers and scientists is one way to ensure that nothing stands in the way of passionate individuals working hard to change the world for the better. – Health-e News