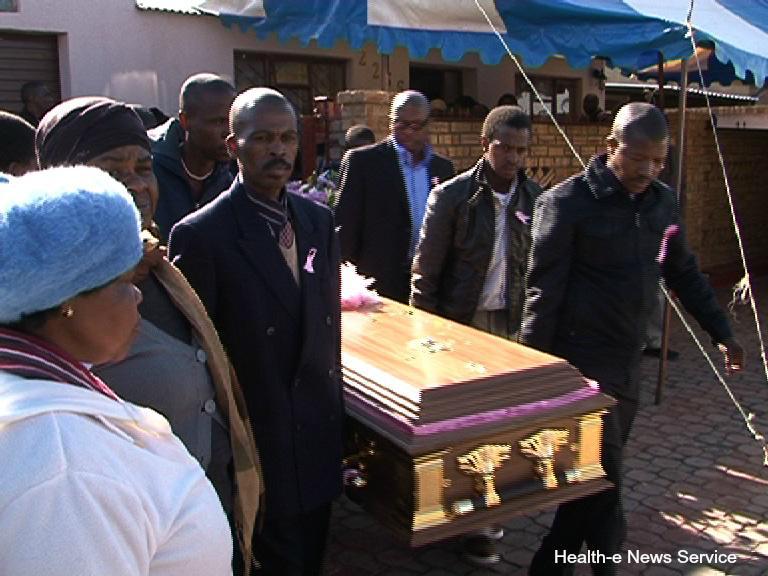 A bungle, that is being blamed on the Covid-19 pandemic, led to a heartbroken East London family being told the wrong body had been released to them, one week after the funeral was held.

“Losing my aunt was too much pain but it can never be compared to what we are going through now. We were healing from her passing, only to find out we are not there yet,” says Mcebisi Dyonase, the deceased’s nephew.

Dyonase’s aunt, Nomawethu Mbishi–Mnyobe, passed away due to natural causes at the Frere Hospital, but, thanks to Covid-19 regulations her family could not see her body, and the hospital released her directly to the funeral home.

The Mnyobe family held her funeral and buried her on 13 July, or so they thought.

Dyonase says that after he told the hospital that she was buried that past weekend, he received a message from the hospital’s acting chief executive officer, Dr James Thomas.

“The CEO called me for a family meeting. Then we went to mortuary as a family and, indeed, identified my aunt. She was still in the hospital mortuary,” says a tearful Dyonase.

He says the hospital was negligent and this would not have happened if they were allowed to view his aunt’s body.

“My other aunt, who is the sister to the deceased, was there to view her body but the hospital refused her to identify her sister’s body. The hospital gave the funeral parlour a wrong body, as they said the body must not be viewed.”

Burying a loved one with dignity

“My 80-year-old grandmother can’t stop crying, and my cousins are truly devasted by what’s happening to their mom,” Dyonase says.

The family want the hospital to be held accountable for the error but they also believe that the government must review Covid-19 burial regulations and allow families to view the body of their loved ones.

The family is now preparing a second funeral to finally lay they aunt to rest later this week.

“It is great pain that we have to re- bury my aunt,” Dyonase concludes.

Manata says an investigation into the incident shows that the error occurred because of the spike in the number of Covid-19 deaths in Buffalo City Municipality.

The high number of Covid-19 related deaths and following of Covid-19 burial protocol “meant we have to cover all bodies, so they do not contaminate the staff members as well as the family members,” Manata says.

He explains that the incorrectly buried body will be exhumed at the department’s cost. They will also cover the cost of the funeral for Mnyobe.

“The department wishes to express its apologies to the family for the mix–up. We regret what has happened and it was not our intention to place the family in such an uncomfortable situation, given that they have lost a family member.” – Health-e News