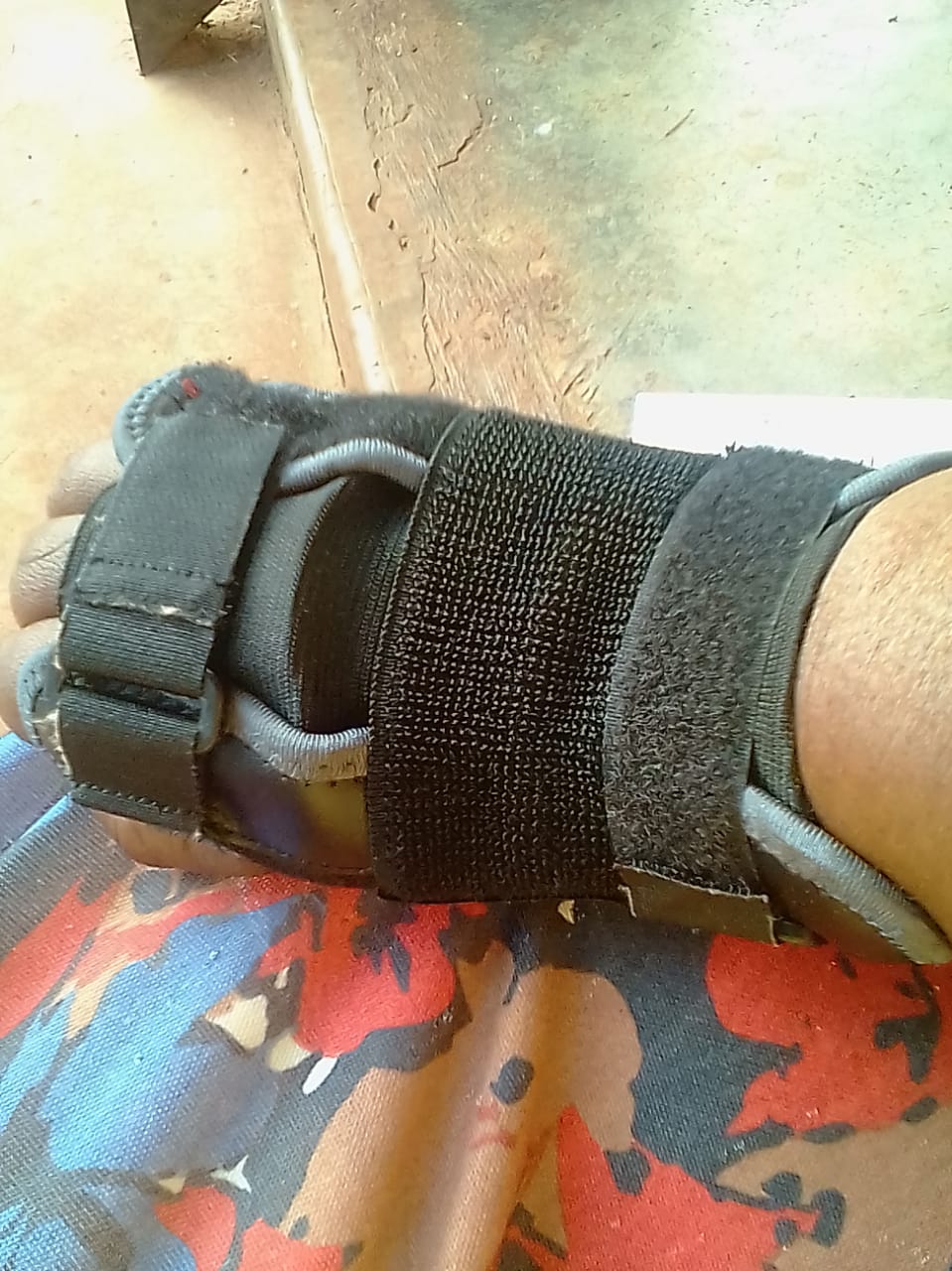 Although Namadzavho Kutama launched a formal complaint against the hospital last year, she’s yet to receive any updates from the Donald Fraser Hospital.

After a procedure to draw blood samples went wrong at Donald Fraser Hospital, Namadzavho Kutama has been unable to use her right hand. The hospital, located outside Thohoyandou in Limpopo, has yet to take any decision on the formal complaint Kutuma lodged with the hospital in 2019.

She believes the hospital has reduced capacity in her hand to such an extent that she is “disabled.” She is unable to do basic chores such as bathing and cooking and can trace the injury to a blood sample drawn at Donald Fraser Hospital.

‘I regret the day I went to Donald Fraser’

Kutama physically lodged a formal complaint with Donald Fraser Hospital management on the 29 May 2019 and received same say confirmation from the hospital’s chief executive officer that that her complaint will be investigated, and feedback will be given within 25 working days.

But a year later, she is still waiting to be contacted by the hospital, despite several follow-ups.

The unemployed mother of one, who resides in Gondeni village, outside Thohoyandou, says her suffering began when she was requested to give blood sample, as an admitted patient at Donald Fraser Hospital.

A nurse who was tasked with the duty told Kutama that she couldn’t find any vein to draw blood as Kutama was overweight and requested to draw it from the back of her hand instead. This left her with a swollen, painful hand.

“I regret the day I went to that hospital [Donald Fraser], because they botched my hand and I have been unable to use it ever since. This has negatively affected my life as I am unable to even do simple things on my own, such as cooking or even bathing,” Kutama laments.

“And the worst part is that its been painful ever since, and the only way to ease the pains is to use painkillers, but I’m also worried that they might have a negative side effect on my health.”

Kutama has tried to get feedback from the hospital on the investigation’s status but has been told that investigations are still being conducted.

“I have grown tired of asking for feedback from the hospital as it seems like nothing is being done. Just imagine, last year I was told that I will receive feedback within 25 days, but it has been over a year and I am still waiting”, she says.

Kutama says that all she wants is for the hospital to take responsibility for what they have done to her hand.

“With the state of my hand now I can confidently say that I have become a disabled person as I cannot even lift the smallest objects using this hand. Just thinking about the whole ordeal makes me sad, as I am suffering alone, and no one wants to take responsibility for what they have done to me. I am now forced to rely on my daughter to do almost everything for me,” she says.