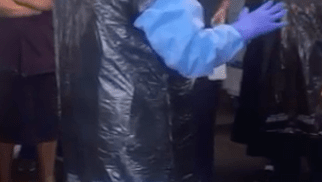 Auditor-General Kimi Makwetu has released a report on the spending of the government’s Covid-19 relief fund. The report found clear indications of fraudulent activities in PPE procurement specifically.

The Auditor-General released a report on the spending of the R500 billion Covid-19 relief fund on Wednesday. The report covers spending from the start of the national lockdown. The audit is still continuing after suffering delays.

“There are clear indications of fraudulent activities in the procurement processes which we will further investigate and share with the newly established fusion centre and other investigating agencies,” says Makwetu.

The report looks into how the Covid-19 relief fund was spent on social relief grants, business support and the procurement of personal protective equipment and other goods.

The Auditor-General’s office is also looking into the PPE shortages experienced around the country due to delivery delays.

Makwetu says he is also investigating how suppliers without valid tax clearance certificates were awarded contracts. The Auditor-General also found that competitive bidding processes were not followed,

According to Makwetu some of the health department’s PPE orders exceeded the maximum limit set by the national treasury. Some items were priced at more than double the normal price.

After visiting some schools, Makwetu’s office also found that face masks meant for learners and teachers were substandard. Masks were “often one-size fits all, whether for a child or adult,” he said.

The Auditor-General’s office is also investigating the government’s R350 grant relief. Some of the estimated thirty thousand beneficiaries did not meet the required requirements. Others were able to bypass an overwhelmed system.

“We have observed that the rapid implementation of the initiatives in already compromised control environments created significant risks that most auditees were not able to address. The information technology used by government were not able to respond to the changes required,” he says.

Auditing was made difficult by “pre-existing deficiencies in the supply chain process,” and new challenges, like poor recording during the emergency response to the pandemic, says Makwetu. – Health-e News.