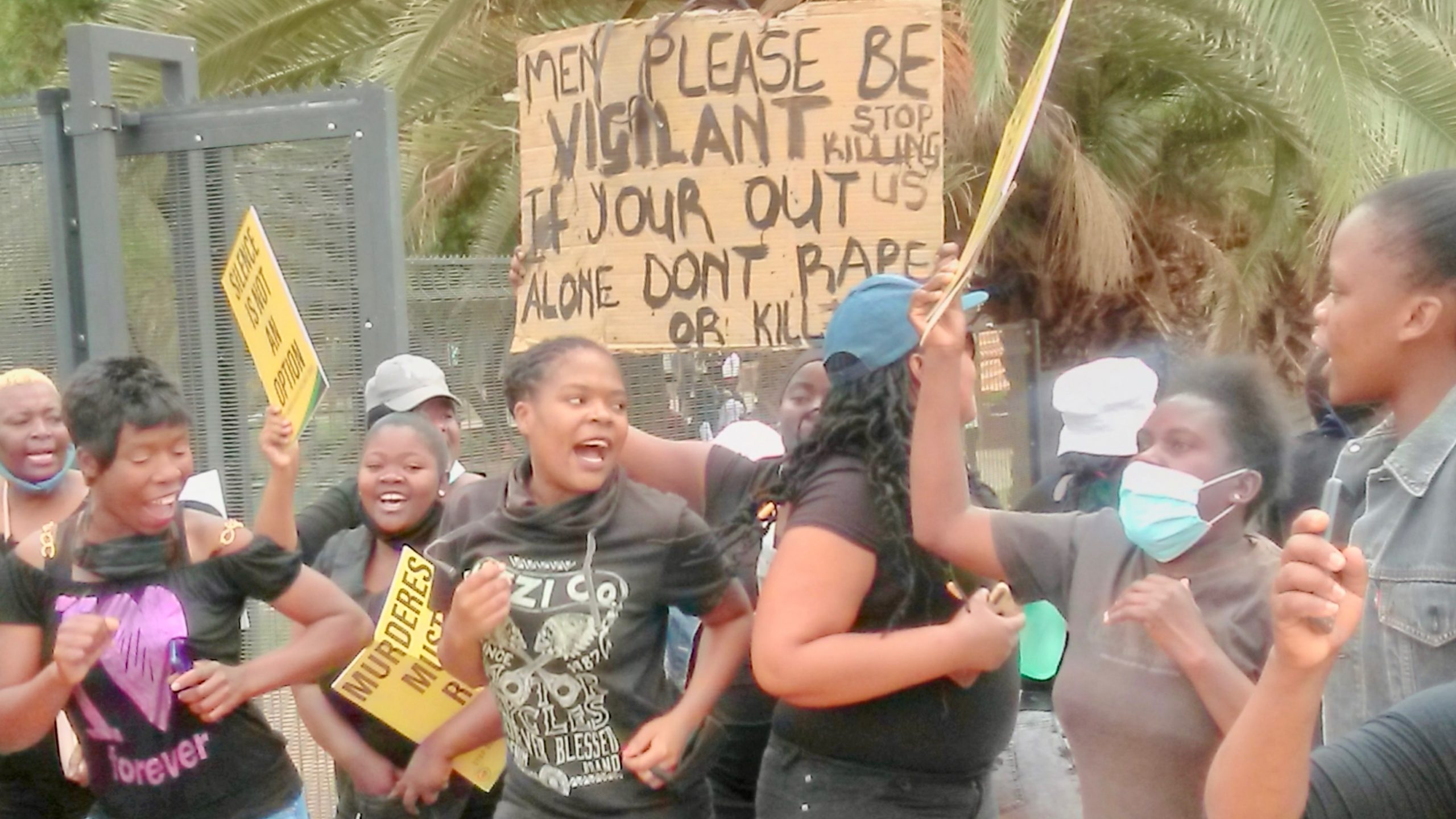 The killing of a young woman has sparked protests in Hammanskraal. With gender-based violence incidents increasing, protestors say perpetrators should not be granted bail.

Resident of Hammanskraal gathered in front of the Moretele magistrates court this week, chanting “No bail to GBV!”

The protesters made the demand after 22-year-old Thato Radebe’s ex-boyfriend stabbed her to death on 10 September. The attacker, David Setshoa, was out on bail for another rape case. He stabbed Hadebe when she broke up with him.

Setshoa appeared at the Moretele magistrate’s court on Tuesday. This is the tenth gender-based violence case in Hammanskraal this month alone, community leaders said. 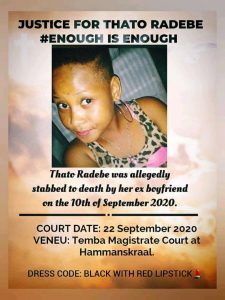 The poster advertising the march (Supplied)

“We are standing as a community. We are not a political alliance,” said Vicky Lamola of South African National Civic Organisation in Hammanskraal. “As a women, each and every day there are new cases reported. Even last night, another women was killed in Stinkwater. We are saying enough is enough.”

Lamola and others are calling for the return of the “hangpal”—the reinstatement of the death sentence.

“What they do to our daughters [and] sisters, should also be done to them,” said Lamola.

“We condemn such acts towards our community. Women do not feel free,” said Masango. “Anybody arrested with the case of GBV should not be granted bail until the case is finalised.”

Other protestors criticised the police handling of gender-based violence cases.

“Why are the police here? We are dying.  Why was he granted bail? He should have not been out to start with,”  Tebogo Rapodile. “Our justice system is falling us, the police are failing. If he is granted bail then we will take matters into our hands.”

A judge postponed the murder case until 16 October. – Health-e News