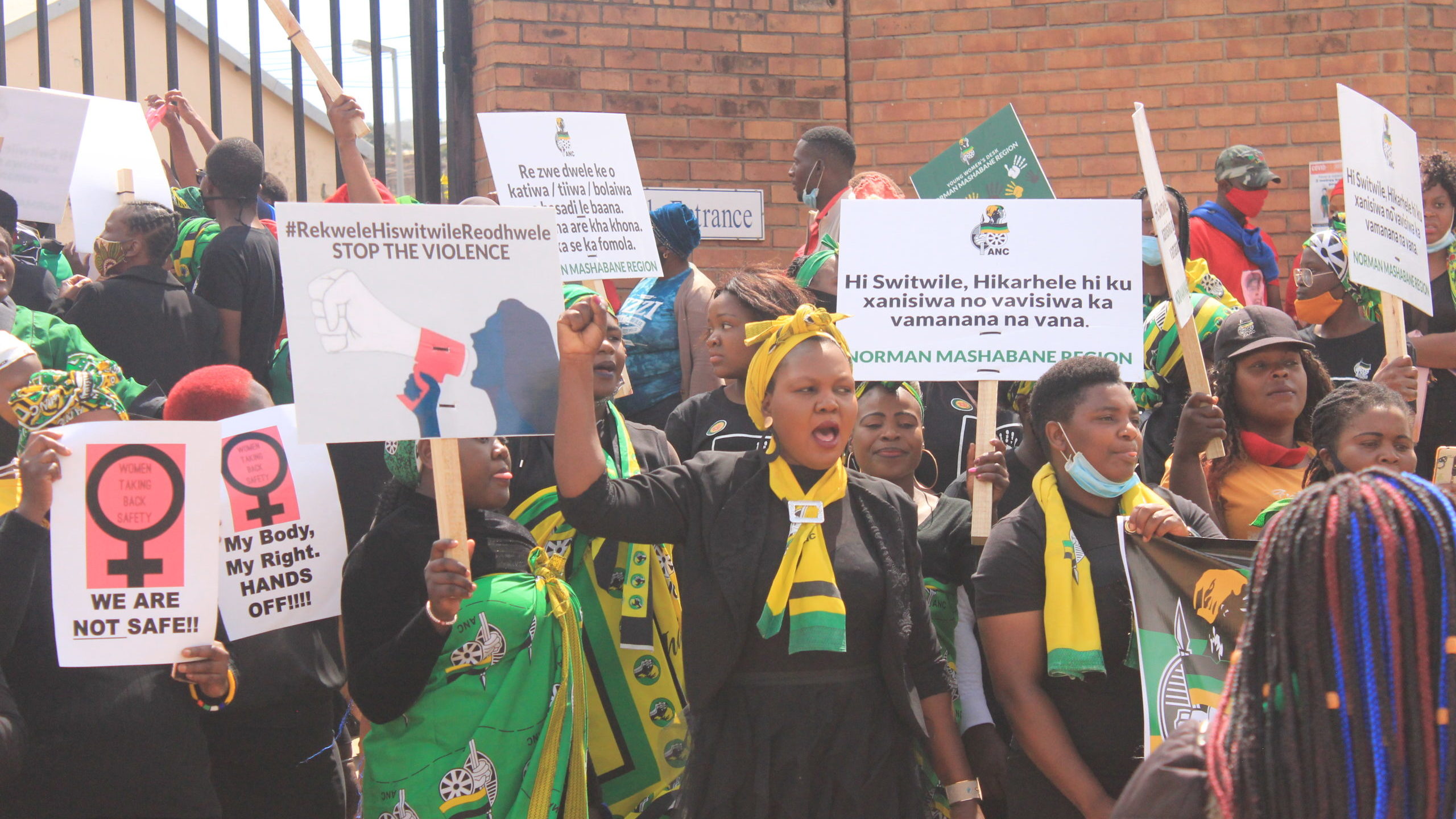 An ANC councillor in Limpopo is accused of raping a 14-year-old girl. The ANC Women’s League in the region is demanding the reinstatement of the death penalty or chemical castration.

Members of the ANC Women’s League in Mopani are demanding the reinstatement of the death penalty after yet another incident of gender-based violence.

The regional group protested outside the Kgapane Magistrate’s Court near Tzaneen at the bail appearance of an ANC councillor is accused of raping a teenage girl.

Lawrence Seshoka, 58, is a ward councillor for the Mokwakwaila Village. He allegedly lured the 14-year-old girl by offering her a lift last month. He allegedly raped her, then offered her a cellphone and money in exchange for her silence.

Seshoka abandoned his bail application, which the protestors counted as a victory. The group also handed over a memorandum of demands to the presiding judge.

“We call upon the department of justice and other law enforcement agencies to embark on the clarion call to protect women and children,” said Dikeledi Mmetle, the ANCWL Mopani convener.  “Nobody is above the law, whether you are the president, mayor or councillor, you must stick to the law, it doesn’t matter.”

A memorandum of demands

“We are then left with no option but to put forward to the department of justice the following demands: One: the reinstatement of death penalty. Two: reviewing sentences of perpetrators. Three: considering castration as one of the penalties; and Four: perpetrators must not be given bail or parole,” the group demanded.

In other provinces, the Women’s League has also called for harsher punishment, including chemical castration.