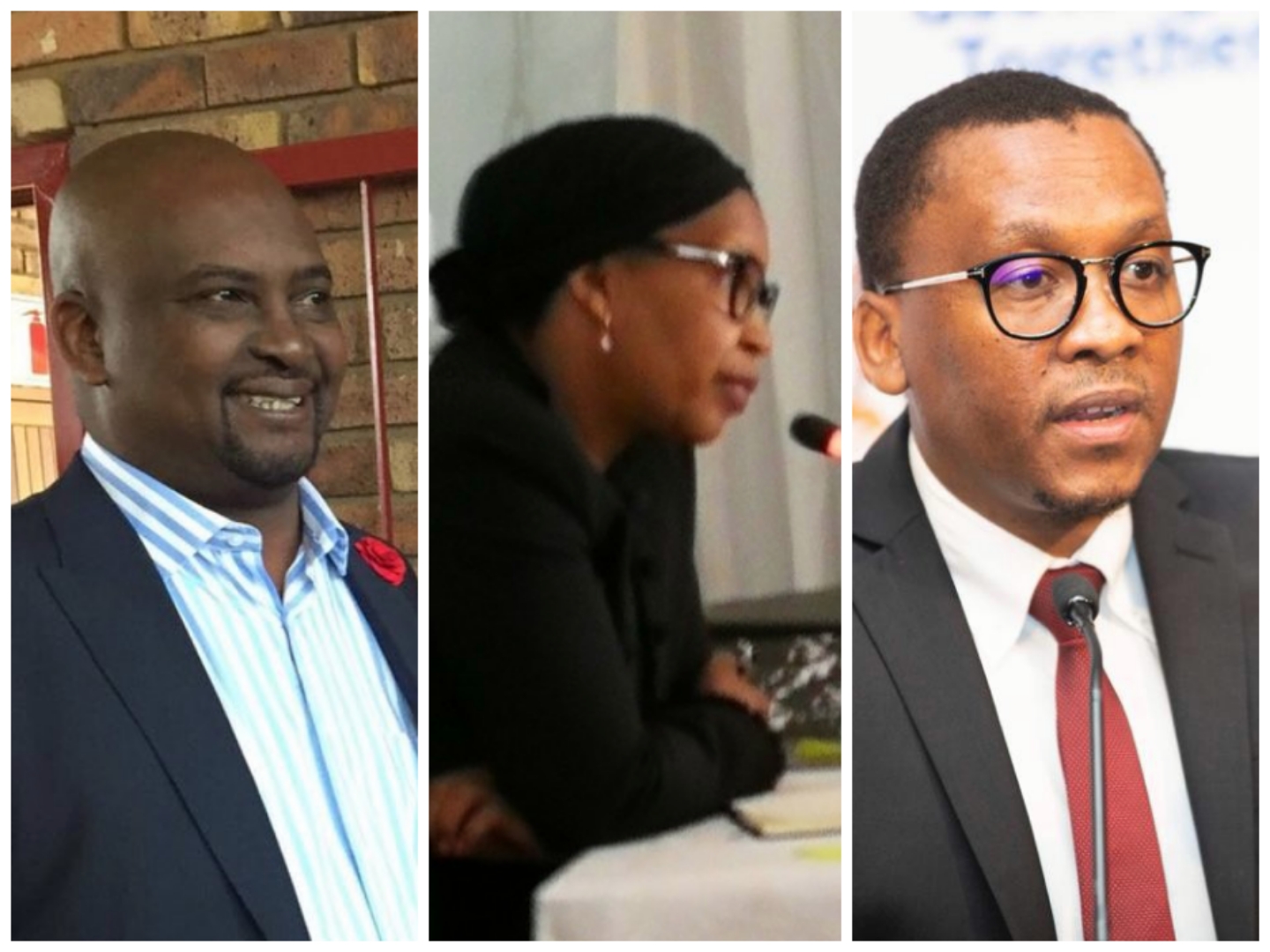 The recent corruption into personal protective equipment tenders brought into sharp focus corruption in the health department. A look further into the department’s leadership reveals a disturbing legacy of corruption and mismanagement.

During the first quarter of this month, the Gauteng Department of Health lost its administrative head of department and it’s its political principal. They were the latest leaders to be hit by scandal in the department.

Both Prof. Mkhululi Lukhele and Dr. Bandile Masuku were implicated in corruption linked to the procurement of personal protective equipment (PPE).

Lukhele is accused of failing to monitor Covid-19 PPE, Premier David Makhura’s office said in a statement when announcing his suspension. Soon after, Lukhele resigned from his position.

The premier placed MEC Masuku on special leave pending the Special Investigations Unit’s (SIU) investigation into his involvement and influence in awarding a PPE tender to Royal Bhaca. The company is owned by Thandisizwe Diko, husband of presidential spokesperson Khusela Diko. A close personal relationship between the Dikos and Masuku and his wife, Loyiso Masuku, questions on how Royal Bhaca bagged the multi-million rand tender.

The SIU findings confirmed Masuku erred in his role in awarding the tenders, and Makhura “discharged” Masuku from his MEC duties.

“The finding of the SIU is that Health MEC, Dr. Bandile Masuku, has failed to execute his functions in compliance with the Constitution and the Public Finance Management Act (PFMA),” Makhura said in a statement on 9 October.  “With regard to the substantive public interest matter of whether the MEC was involved in any acts of corruption and or collusion regarding the procurement of PPE, the SIU reported that their investigation is still ongoing.”

Masuku, however, is determined to clear his name and plans to challenge the SIU findings in court.

The bad spell of leadership at the Gauteng Department of Health did not start with the sixth administration.

The previous MEC Qedani Mahlangu’s name is infamous for her contribution to the deaths of 144 mental health patients. Mahlangu signed off on the controversial decision to move patients from Life Esidimeni facilities to unlicensed non-governmental organisations.

In March 2016, the department attempted to move 54 people to Takalani, a home and school for special needs in Soweto. Mental health organisations and families, represented by Section 27, litigated against the provincial health department to prevent the move. The court ruled in favour of the department.

Mahlangu did not listen to warnings from professionals, civil society and family member who protested against this move. What followed was the improper care and deaths of vulnerable mental health patients.

In September 2016, Mahlangu revealed that 36 former Life Esidimeni patients died since their move. She was responding to a question from the Democratic Alliance’s Jack Bloom, a member of the Health Portfolio Committee in the Gauteng Provincial Legislature Committee.

The ombud found that 27 of the NGOs  were unlicensed and ill-equipped. The report found that the “evidence identified three key players in the project: MEC Qedani Dorothy Mahlangu, Head of Department Dr Tiego Ephraim Selebano and Director Dr Makgabo Manamela. Their fingerprints are ‘peppered’ throughout the project.”

Soon after the release of the report Mahlangu resigned.

The report also led to a high-profile arbitration, led by former Deputy Justice Dikgang Moseneke. The arbitration, which ran from 2017 to 2018,  heard how the department misled the court to allow the transfer of patients to a facility that was unable to meet their needs.

After months of avoiding the inquiry, Mahlangu eventually appeared before the arbitration in January 2018—nearly a year after the release of the report. By then the death toll had risen to well over 100. Mahlangu testified to Moseneke and the victims’ families that she was not to blame. She said her role was political, and not operational.

The HOD at the time, Selebano, also tried to avoid the Moseneke-led hearings. He approached a court to challenge a subpoena but lost his bid and was forced to testify.

“The matter has been postponed and the date for the hearing will be finalised on 26 October 2020,” HPCSA spokesperson Priscilla Sekhonyana tells Health-e.

The leadership woes in the Gauteng Health date back even before Mahlangu’s tenure.

A 2018 SIU report implicated former Health MEC Brian Hlongwa in corruption that cost the Gauteng Department of Health R1,2 million during his time at the helm.  The document found widespread corruption and gross financial mismanagement in the department from 2006 to 2010.

Hlongwa served as the political head of the department from 2006-2009.

After the damning report, Hlongwa stepped down from his new position at the time as the ANC chief whip in the Gauteng legislature.

Hlongwa and Mahlangu remain members of the ANC. — Health-e