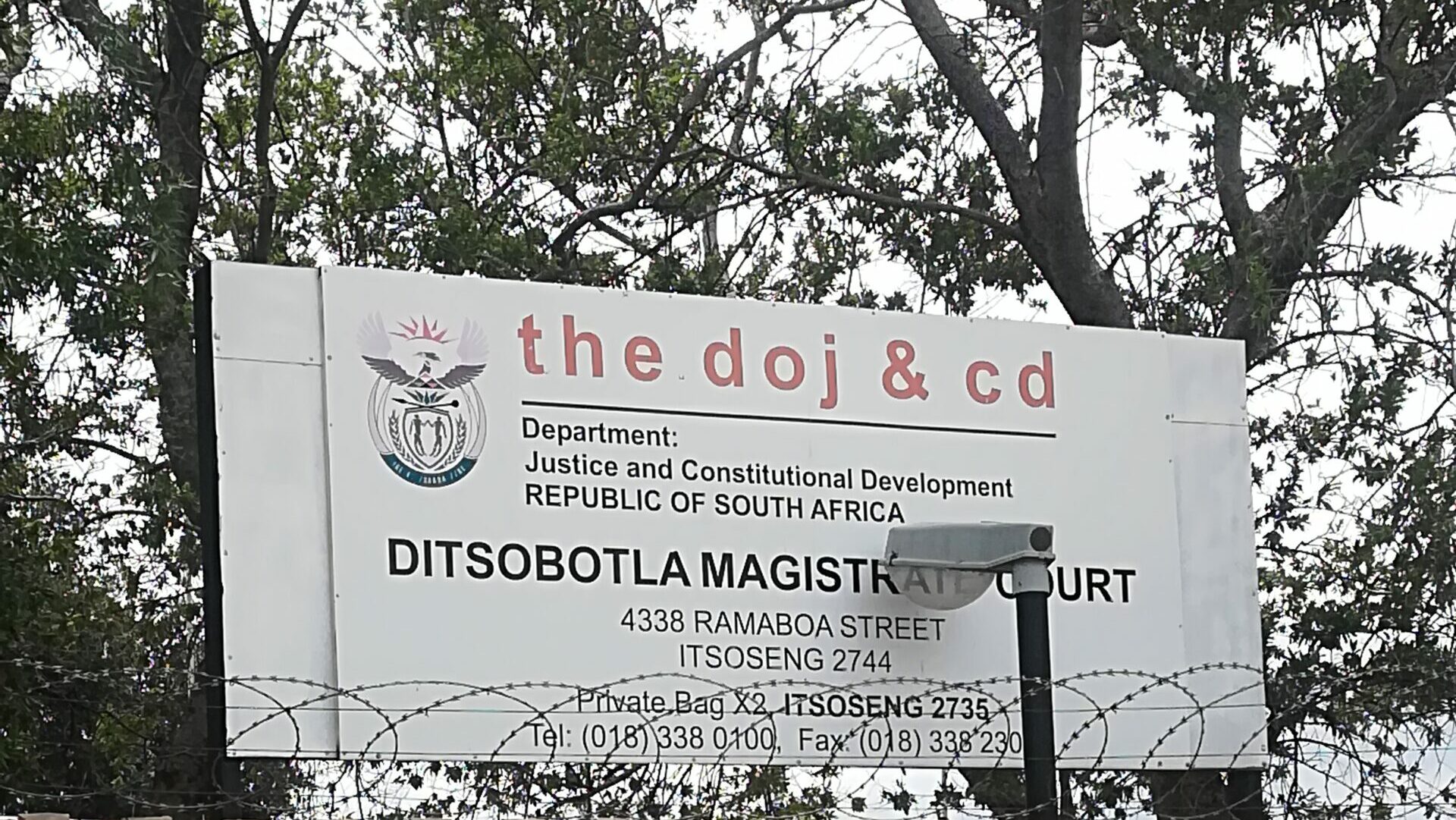 A man accused of raping three girls was denied bail in the North West’s Ditsobotla Magistrates Court. The 54-year-old man has terrorised the Itsoseng community before, earning the name the ‘Axe Man.’

Community members of Itsoseng near Lichtenburg in the North West welcomed a court’s decision to deny bail to a man who has terrorised their community. The 54-year-old man allegedly raped three minors.

Clement Letsholo appeared briefly in the Ditsobotla Magistrates Court. It was his second appearance, after a previous bail application was denied last year in a case that has dragged on since December 2018.

“We want this man to stay in jail because if he comes out the community might take the law into its own hands,” said community member Madibuseng Mokome. “He is an animal and he does not deserve to live with fellow human beings.”

Letsholo has previous convictions of housebreaking, robbery and assault, said investigating officer Itumeleng Lechoo. In Itsoseng he is known as the ‘Axe Man’ because he attacked some of his victims with an axe, robbing and raping them.

“We thought that he was reformed but it is clear that prison life has not changed him as a person,” says Makome.

While DNA evidence in the trial was inadmissible, the investigating officer believes police have a good case because of the survivors’ testimony.

Letsholo is accused of luring children from a neighbourhood wedding in December 2018. Wearing a mask of an old man, he allegedly threatened the children with a large knife luring them away, the children told their parents later.

“My granddaughter’s wedding was going on in our house and we thought the children were sleeping at the backroom,” said the 63-year-old grandmother of the two minor survivors. “Little did we know that the children were kidnapped under the guise of going to play with a bicycle and watching television next door.

“He threatened the children that he would rip off their faces like the old man in the mask if ever they refused to do whatever he wanted to do to them,” she said.

The children said the neighbour gave them wine to drink and made them smoke a substance which smelled like the pungent chemical smell of hair straightener. When they were intoxicated he allegedly raped the girls while the boy was locked inside the toilet.

“We only realised that the children were missing when a parent of the third child came to look for their daughter at our home,” said the grandmother. “This is when one of the family members went next door to ask for matches and one of the children came running out of the house saying that their neighbour had raped them.”

Two years later, the ongoing case continues to trigger the survivors. Their guardian worries that they may never be able to interact with interact with other males in society. Despite his record, the grandmother and other community members say they believed Letsholo was a changed man.

“The incident keeps playing in my head and I wonder if everything will ever return to normality,” said the ailing grandmother. “We trusted this man because he used to help us with these children and was also a member of our community forum.”

The Itsoseng community is struggling with sexual violence. A man, still at large, raped an 84-year-old woman. In another incident police arrested a shop-owner for the rape of an eight-year-old girl.

Letsholo is due to appear before the Ditsobotla Magistrates court on 23 November 2020 as trial continues. —Health-e News

This story has been corrected. It previously misstated the accused’s previous convictions.