At the same time, Health Minister Dr Zweli Mkhize has warned of a the new strain of what is known as SARS-CoV-2 virus which is worrying medical experts.

Mkhize believes the new variant has already spread across South Africa and may have developed in the Nelson Mandela Bay metro area of the Eastern Cape although this is still being researched. 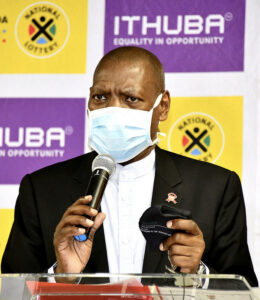 An extremely high number of youngsters aged between 14 and 19 are reported to testing positive for the latest strain.

Health Minister Dr Zweli Mkhize on Friday announced that a variant of the SARS-COV-2 Virus (COVID-19) – currently termed the ‘501.V2 Variant’ – has been identified by genomics scientists in South Africa.https://t.co/Gx3y45bbha

Infected – a young victim of Covid-19

Compounding this surge is a popular belief among the youth that if they contract the virus, they will not be affected as severely. However, one postgraduate student begs to differ and does so by sharing insight on their experience thus far. 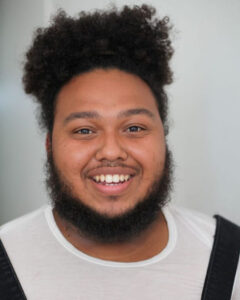 lance-selae august has contracted Covid-19 and is recovering

According to lance-selae august*, it all started with attending an innocent dinner in Cape Town with a friend recently who then later warned those who were present that they were suffering from Covid-19 like symptoms.

“I waited exactly 24 hours for the results. It was an anxious wait, and I prayed that the results would come back negative. I was also very scared as I didn’t think I would have the strength to be able to fight a Covid-19 infection if I did have it,” lance-selae august said.

But lance-selae august was not so lucky. It was positive.

Although august was relatively informed about how to handle the virus after reading official government communication,  it was only after contracting the virus that the consequences became apparent.

It has been an emotional and physical roller-coaster ride.

“The experience has been terrible. This is the sickest I’ve ever been. The symptoms I’ve experienced became worse and I was even admitted to hospital earlier this week. I’ve had a very sore body, difficulty falling asleep, no appetite and a very bad cough. There are times when I think I would make it through the experience of having Covid-19 but there are times where I have prayed for my body to stop fighting, as I didn’t have the strength to.”

Planning on clubbing this weekend?

Don’t. It’s not worth it. #COVID19SA spreads easily in tight enclosed spaces. Give it a skip this summer, so you can enjoy it next summer.

Spread the message, not the pandemic. #WashYourHands #Stayhome #WearAMask pic.twitter.com/s2jkM1qfZQ

Needless to say, the virus disrupted the student leader’s second term in Student Representative Council (SRC) as well as their academic schedule, which ultimately prompted lance-selae august to continue SRC duties and academic project and in 2021.

“It’s affected my life in tense ways. I’ve had to apply for deferred exams, and I’ve had to get extensions on two very important submissions, which is now due in January. In terms of my SRC duties, I’ve had to totally shut down and delegate responding to emails to my colleagues,” they said.

Since the youth are key drivers of the second wave, Health-e News asked lance if they had any advice for South Africans during the festive season and they commented that everyone and particularly the youth, should celebrate responsibly.

“The reality is that COVID-19 is here whether we like it or not, we owe it to ourselves and our peers to be safe, to socially distance ourselves. Not to partake in groove culture, it’s too risky. If you test positive, be kind to yourself and rest.”