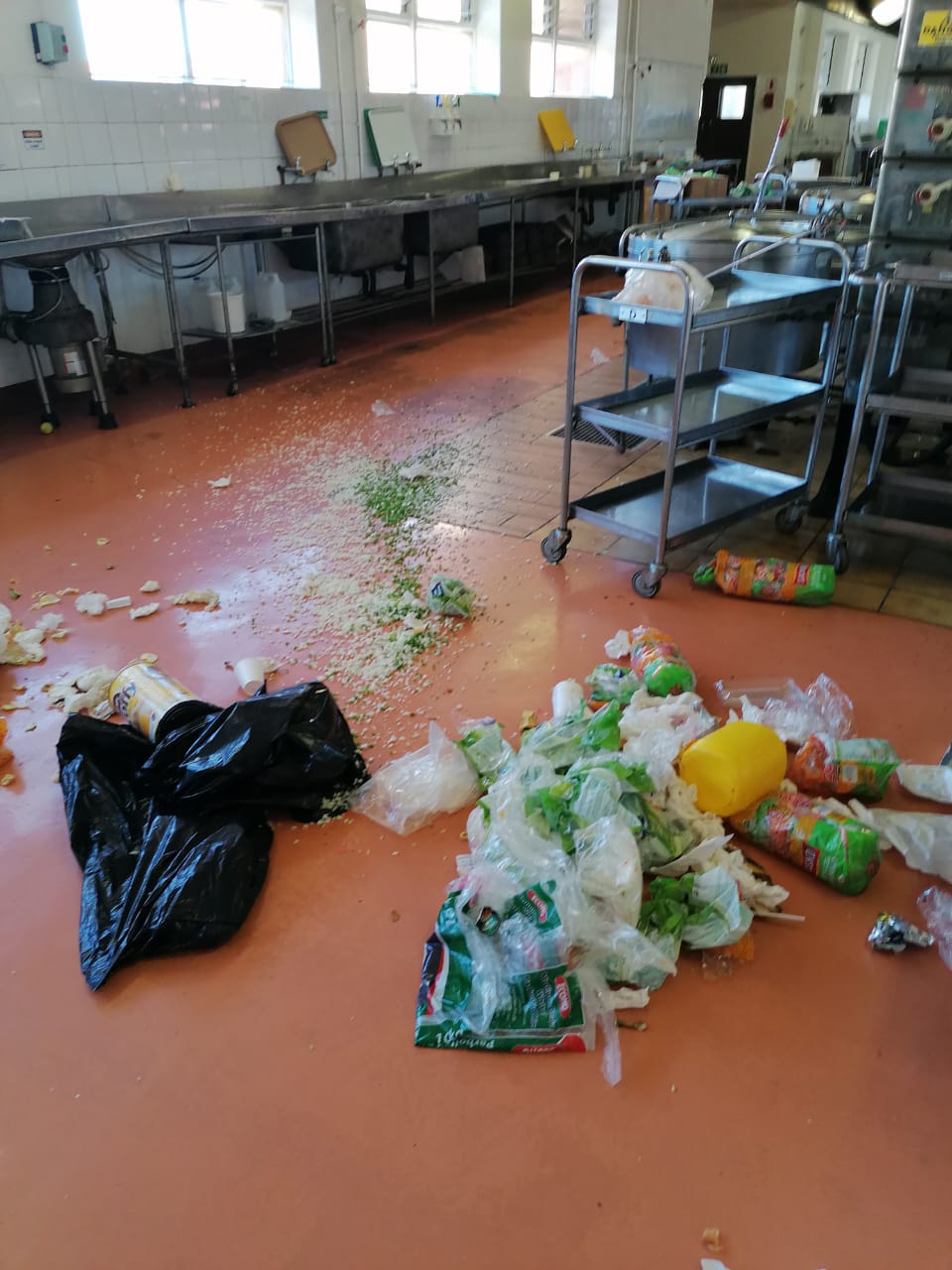 Health workers at the Tshepong Hospital in Klerksdorp have embarked an unprotected strike over bonuses and reportedly vandalised facilities.

Services at two North West Province hospitals have been disrupted and staff members apparently vandalised various wards. At the same time, doctors, nurses, record clerks and porters are accused of neglecting their duties including ignoring patients requiring assistance after surgery.

Health-e News was told how kitchen staff walked out leaving patients hungry and those who wanted to work say they have been intimidated by strikers at both Tshepong and Klerksdorp state hospitals.

“The smell of waste at antenatal clinic makes it difficult  to  work. Medical waste on the corridors poses an occupational hazard. There is no one at switch board, no one at records for dispensing of files, earlier the gate was blocked and only emergencies were allowed,” said one worker who spoke to Health-e News on condition of anonymity.

The health worker said surgeries are taking place no porters have refused to collect patients and nurses are also refusing to help.

This comes as South Africa level 3 lockdown due to the escalating Covid-19 infections and hospitalisations.  According to provincial health department officials, such a disruption and strike action has dire consequences as testing and contact tracing is being delayed.

“This is an ultimatum issued to all striking employees and others who are engaged in  unlawful disruptive activities at institutions of the North West Department of Health,” she said.

“Please note that the strike regarding the non-payment of performance bonuses is unprotected and is accordingly illegal and employees participating in it and associated destruction of state properties, as well as barring health professionals from attending to patients, risk being dismissed from the service on account of misconduct,” said Hunter.

She urged employees to refrain from taking part in an unprotected strike.

“These activities are placing patients’ safety at risk. This unprotected strike must be ceased with immediate effect and striking staff must return to work immediately,” she said. 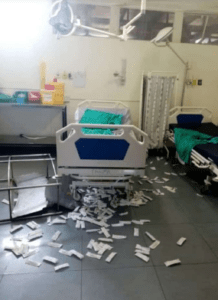 She went on to say that those who are taking part in the illegal strike could face disciplinary action.

“Disciplinary and legal action will be taken against employees who, apart from having participated in the unprotected strike, actively participated in the destruction of property and the intimidation of staff or participate in any other associated unlawful activities that disrupt the proper functioning of institutions, thus placing patient safety at risk.”

The National Education, Health and Allied Workers’ Union (NEHAWU) in the North West Provinces has distanced itself from the labour unrest at both the Tshepisong and Klerksdorp Hospitals.

“While agreeing with the fact that the delay in the payment of Performance Management and Development System (PMDS) is unacceptable, we however, disagree with the destabilisation of services in both these hospitals. The destabilisation of services takes place while we are facing an aggressive second wave of COVID-19 that is propelled by the new variant,” the union said in a statement.

“We have engaged the employer on the matter and highlighted the sense of urgency that must be applied when dealing with it. We made a demand that the matter must be resolved in the next two weeks. Furthermore, we have been in constant engagements with our shop stewards and they have assured us that none of our members are responsible for the destabilisation of services.”

Our frontline workers are at a serious risk of being infected and losing their lives. @GovernmentZA @COVID_19_ZA @HealthZA must address shortage of #PPEs & managers must stop intimidating & forcing workers to take patients with confirmed Covid19 cases without PPEs says @Saepu6 pic.twitter.com/yBgeaeQDPR

The union said it has  “engaged the employer on the matter and highlighted the sense of urgency that must be applied when dealing with it” and wants their demands resolved within two weeks. However the Health Department is short of cash as it spends hundreds of millions of rands coping with the demands of the pandemic and believes threatening workers with disciplinary action will make it more difficult to resolve the impasse. – Health-News